Such a sight would, one day, also become common over the skies of India, hopefully within the near future.

The Rafale at the rear of the formation is the Naval version, as evident from its protruding tailhook. The aircraft could possibly be considered for acquisition for operation for the proposed second indigenous Aircraft Carrier [IAC-2] India plans to build. Nebulous news, with many factors that need to be considered. 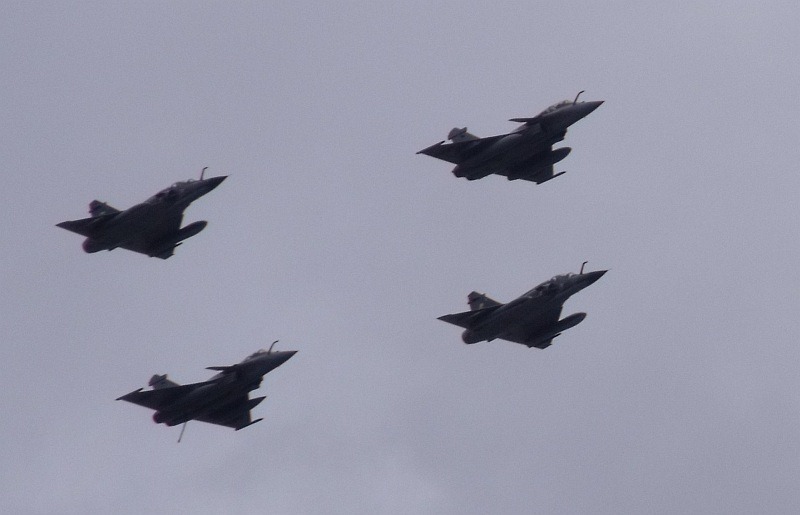