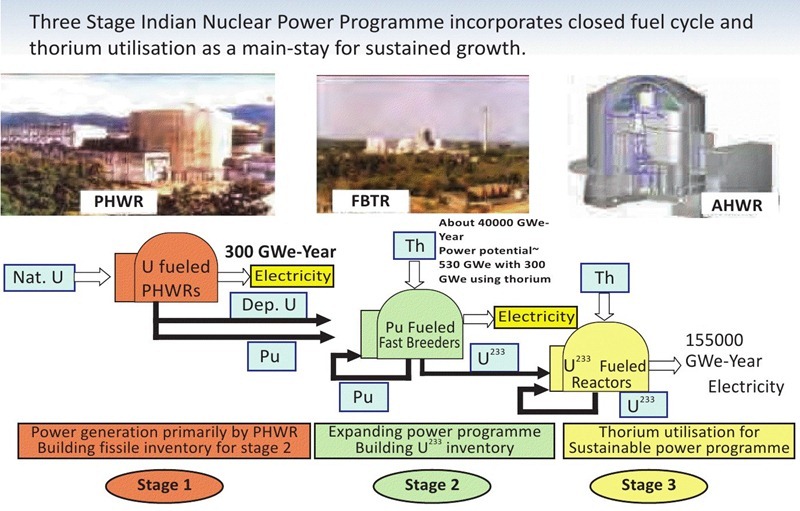 This section on Nuclear energy is part of the 'India Energy Book 2012' unveiled at the India Energy Congress, held in January this year.

The tables below list out the operational power plants being run under the aegis of the country's Department Of Atomic Energy [DAE] & units currently under construction. Correction: In Table 3, it should read 'Kakrapar Atomic Power Project units 3&4', instead of '7&8'.

Since the time this article was written, the date of operationalizing the Kudankulam Nuclear Power Plant has subsequently faced repeated postponement. Operation of Unit-1 is now expected to begin by the end of this month [December 2012], whereas Unit-2 is now scheduled to begin operation only by July 2013. It would imply a delay of 5 years for each unit. Even after commissioning it & reactor going critical, it would take up to two months to supply electricity to the national grid - time taken to match frequency of the electricity generated at the plant to the supply grid.

About the OSART - Operational Safety Review Team - referred to in the article, the IAEA conducted its first at the Rajasthan Atomic Power Station [RAPS], last month,

"The OSART team identified a number of good practices at the plant, saying its safety culture cultivates "a constructive work environment and a sense of accountability among the power plant personnel", and gives its staff the opportunity to expand skills and training.

The team also highlighted the plant’s public awareness programme, which it said provides educational opportunities to the local community about nuclear and radiation safety.

The team noted that the plant uses testing facilities and mockups to improve the quality of maintenance work and to reduce radiation doses."

You could read the entire Energy Book - here [source]