A World War II era Indian Air Force [IAF] Hawker Tempest fighter aircraft is currently being restored, for it to take it to the skies, yet again.

The aircraft played a pivotal role in India's campaign to thwart Pakistan's failed attempt to fully annexe the Indian state of Jammu & Kashmir, right after independence in 1947. This particular airframe [IAF Serial No: HA-557; RAF Serial No: MW 404] was, in fact, lost to enemy fire, as it shows bullet holes on the body. IAF retired all Tempests from service by 1955. Many frames were, subsequently, sold off to the UK, including this one, till the American bought it earlier this year. Click on the picture, below, to head over to the restorer's website. 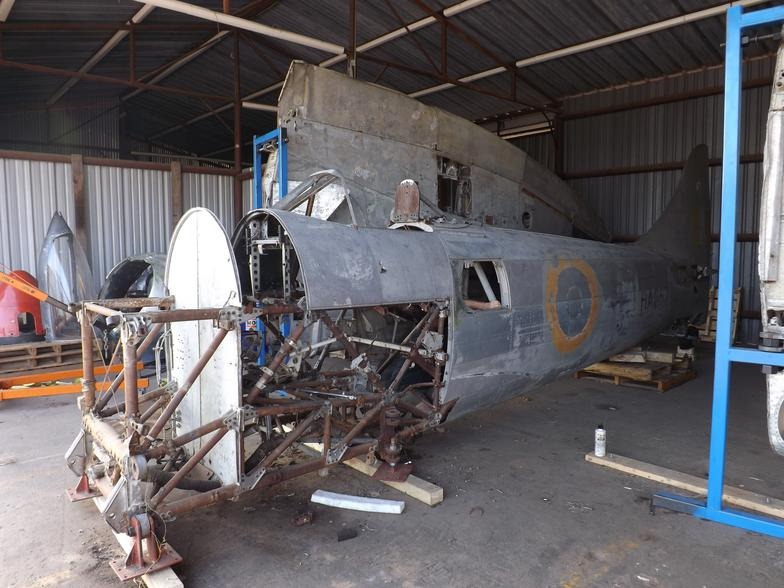 Spotted news of this restoration at the Warbird Information Exchange forum. For an interesting, detailed write-up about IAF's Tempest's, read - The Tempermental Tempest - A brief history of the IAF’s first true Fighter Bomber.