As part of the agreement signed between the 2 countries in 2008, the Indian Air Force [IAF] is to initially induct 80 of these upgraded variants of the Soviet-era helicopters.

Russian Helicopters, the consolidated parent company in Russia for designing & manufacturing helicopters, issued this press release a few days back, announcing the delivery of another batch of the Mi-17V-5 Helicopters to India. No numbers given, though. Of the total 80 helicopters, 36 are known to have been delivered to the IAF, so far. Counting them in, the total number of Mi-17s in service with the IAF, today, would  be around around 120, factoring in the crashes. An additional 6 are in service with the Border Security Force [BSF] & 1 with the Pawan Hans air taxi service. The press release was accompanied by these two photographs. They, however, aren't the latest choppers that were delivered, as the serial number [ZP 5166] is of one of the helicopters inducted earlier this year. 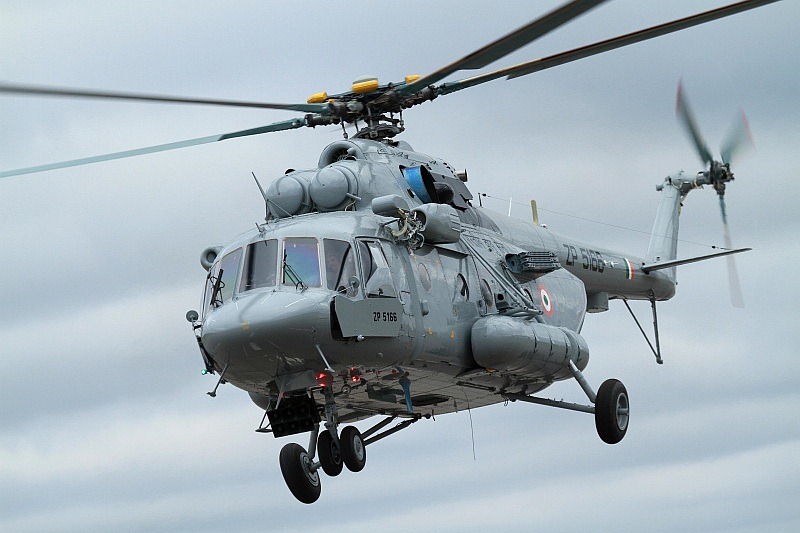 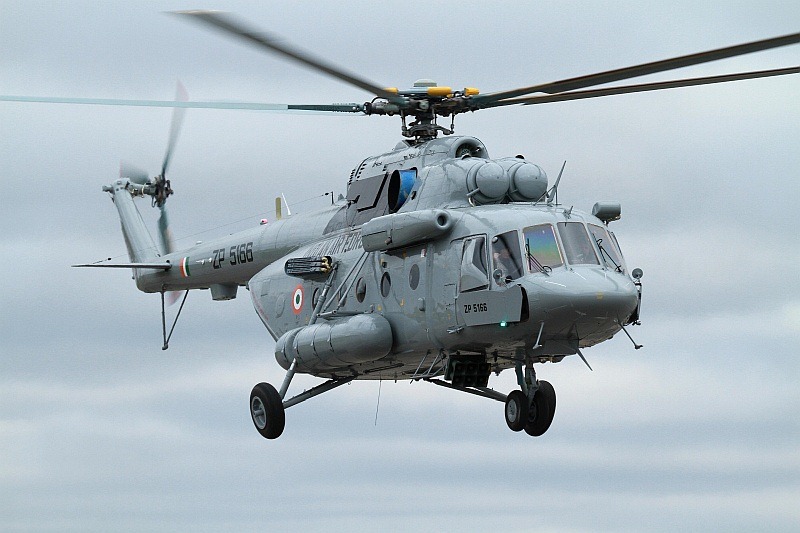 During the recent visit of Russian President Vladimir Putin to India, India placed a follow-on order, possibly grandfathered into the original 2008 agreement. A total of 71 more Mi-17V5 helicopters would be acquired. Of these, the IAF would operate 59, while the remaining 12 would be allocated to Indian paramilitary organisations. The final tally of all variants of Mi-17s ever inducted into the IAF would stand at around 231, that is, if it does not decide to acquire more, in the future. A distinct possibility. Mercantilism of military hardware - the strongest possible glue that can hold any two nations together.