The fourth prototype of the Russian fifth generation fighter aircraft took to the air for the first time today [12 Wednesday, 2012]. 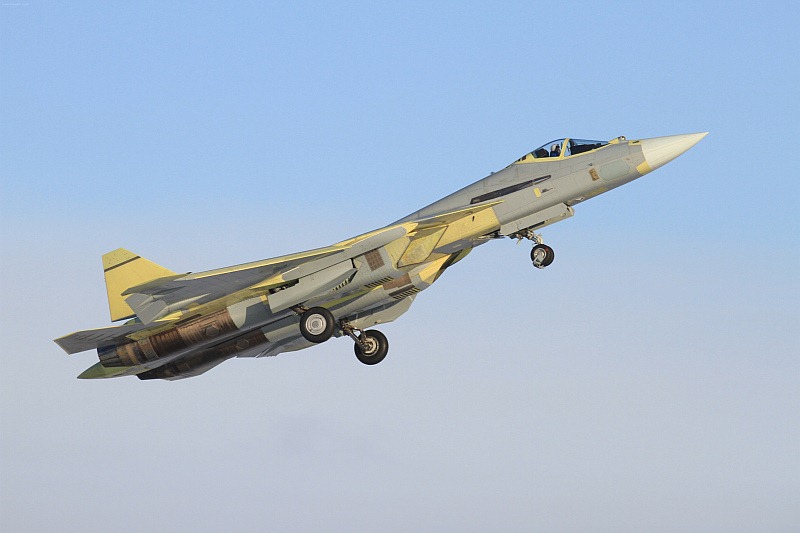 The flight lasted for a duration of 40 minutes taking off from the Komsomolsk-on-Amur factory in Siberia. According to the Sukhoi announcement,

"The flight tested the aircraft's overall integrity and its main engines. The aircraft is making a good impression in all phases of the flying program,"

This statement is especially significant as this prototype was said to be subjected to structural changes & strengthening, after cracks were detected in the course of flight testing the earlier prototypes. Add to that the flame-out the second prototype [T-50-2] encountered at MAKS 2011 due what Sukhoi claimed was a 'malfunctioning FADEC'. Coming out more than a year after the third prototype first flew, this flight of the fourth adheres nearly to the time schedule stated earlier. Around one comes out each year, so far.

India is expected to receive the first PAK-FA prototype in 2014-2015, for flight testing under Indian conditions, followed by another in 2017 & then 2019. Going by reports, the Indian Air Force has cut down its projected requirements of the aircraft, down from around 250 to 214 144, with all being single-seat, as opposed to a mix of single and twin-seat. Waiting for Sukhoi to release more details of this flight, but more importantly this particular prototype [T-50-4].