Hampered by lack of a suitable powerplant, among other worries, the programme witnesses delays. 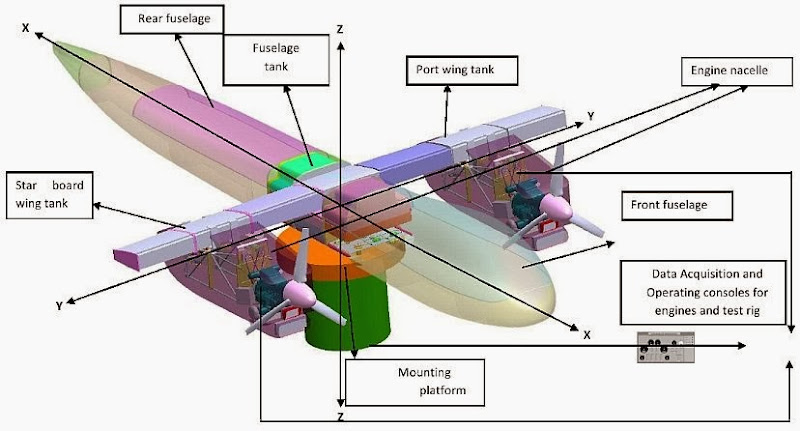 Note: Early on, news reports would refer to the MALE UAV4 variant as Rustom-H, and its UCAV variant as Rustom-II. However, after reading numerous GoI writings, one has come to the conclusion that, at the moment, DRDO has been using the same Rustom-II nomenclature for both the armed & unarmed variants. If you believe the inference is incorrect, please get in touch, with a suitable explanation. Corrections shall be made, acknowledging the source. Till that time, posts on this blog shall assume the same naming scheme presently in use by DRDO.

Rustom-I is a different project & is not referred to in this post. Any mention of Rustom implies Rustom-2.

Aeronautical Development Establishment [ADE], the DRDO lab leading the development of the Rustom-II MALE UAV, recently floated a Global tender to select a suitable engine. Suppliers are, initially, required to provide 8 Engines & 12 compatible Propeller units for evaluation, which it can complete in two stages. Responders have time up to the 4th of January 2014.

ADE had earlier reported the Rustom-2 being powered by two Austro-Canadian Rotax 914 F3 engines, burning Aviation fuel, same as the ones used in the American MQ-1 'Predator'. This recent tender requires the supply of significantly more powerful engines. Compared to the maximum continuous power of 100 BHP produced by 914F3, the newer piston-cylinder engine is expected to crank out no less than 170 BHP, under the same operating conditions 3.

These recent developments raise certain possibilities, about which one can speculate at this point in time. For one, ADE appears set on using the Rotax 914F3, chosen earlier, for a particular Rustom-II variant, most likely in its baseline unarmed UAV form. This assumption is strengthened by its recent decision to go ahead with the deployment of an engine-specific Fuel System Test Rig, just a few days prior to floating the tender for the new engine. As for the use of this new, more powerful engine, one believes it is being evaluated for being fitted on the UCAV variant of the Rustom, having concluded weight gains, associated with adapting it for arming the platform, would make it an underpowered system, with the current engine. Yet another possibility, ADE is contemplating enhancing the Rustom's capabilities, across-the-board, beyond what was originally conceived, a Mark II Rustom-2 UAV/UCAV.

It does, however, confirm a few things about the UAV. For one, it has been designed to fly at a maximum altitude of 32000 feet [~9750 metres], since ADE requires that the engine be able to generate power at that altitude1, along with the ability to restart the engine if it stalls mid-flight. Also learnt, is the fact that it would have an endurance of at least 30 hours 2, including loitering time, another requirement the FADEC-equipped engine & propeller, eventually chosen, must fulfil. The Engine must develop a minimum power of 185 BHP during take-off, & produce no less than 170 BHP during sustained flight at an average altitude of 8000ft.

Despite the delays, one positive development that stands out in the programme is DRDO's increasing demonstration of faith in the private sector capabilities, & not engaging in avoidable re-invention of the wheel. These aspects get highlighted when it gives out a call to develop the Rustom's SATCOM Data Link, designing a test rig for its fuel system [above illustration] or buying its COMINT payloads off-the shelf. Deeper public-private partnership, bereft of mutual suspicion & hostility, would help programmes meet their initial deadlines, by enabling workloads to be shared more broadly.

2 = a 6 hour safety margin may be enforced once it is inducted into service, requiring missions to be completed within 24 hours

3 = ADE would settle for no less than 155 BHP of continuous power, if a 170 BHP solution isn't forthcoming