Was at home in the afternoon when the Courier came to deliver my prize - a Sheafer Ballpoint pen. The contest was organised by Digit magazine in association with IBM some many months back. Don't quite recollect what had to be done to win the prize - questions had to be answered, I think.

But I do remember telling myself that the only prize that would be of any use to me would be the pen. The rest, if I'd won, I'd probably have passed them on to someone. Then again at that time I'd thought they would be giving away a pen set - a fountain pen and a ballpoint pen as I was looking forward to owning a decent fountain pen after the last half-expensive Parker fountain pen [had a plastic body - hence half expensive :)] I had bought lasted only a couple of months, thanks to my careless handling which resulted in the pen dropping on the ground and its nib going kaput. Turns out the prize is just a ballpoint pen; no fountain pen - KLPD. Will probably pass it on to someone anyway - have a whole bouquet of multi-colored pens of various kinds on my table. 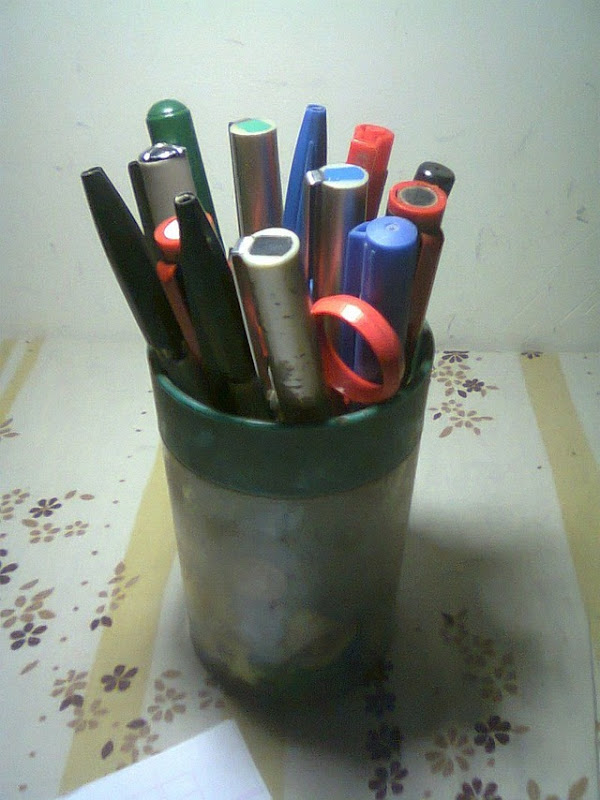 The Sheaffer pen, as I learnt is the 3rd prize - the 1st prize being a Canon camera, 2nd an iPod Nano & the 4th a watch, none of which I was particularly looking forward to winning. Had my heart set on the third prize & I won it - happy I am anyway.

Having won a few such prizes online earlier, one thing I realised is that each time I won a prize, it has invariably been in a contest I forgot all about after entering. Wait myself silly each week to catch the latest episode of Cell Guru on NDTV and, once uploaded, scroll to the end of the episode first to see if they've announced my name as one of the winners in the giveaway they conduct at the end of almost each episode & after experiencing KLPD each time not seeing my name, go back to the start to begin viewing that episode. Never enter my name when they give away Micromax or one of the many Chinese rebranded Indian handsets though. Giving away a HTC Desire Z this week - actually last week, but they had not broadcast the episode last Saturday, due to the 2011 Cricket World Cup final match that India won.

Found out recently that Airtel has activated my free GPRS Internet that came with the Nokia C3-00 handset I purchased some months back. The moment I inserted my SIM card into the C3-00, I got an SMS saying that as an Airtel customer, I was entitled to free Internet surfing on my Nokia C3 handset, subject to a data transfer limit of 2 GB each month for the next 6 months [total data transfer of 12 GB]. Had bought the handset in November. But each time I tried surfing, it kept getting connected through the Airtel Live service and I kept getting charged for the surfing. Had spent a full morning then, talking to various operators at their call center trying to get my GPRS configuration in order so that I could make use of the free Internet, but to no avail. Then gave up all hope and forgot all about it as there was no real need, since Internet access is available on the desktop.

Was fiddling with the phone the other day, while waiting to pick up Mum, when without realising, went to the Internet section and clicked on a bookmark. Viola!! the site opened up and was not even being interrupted with a message every few minutes, informing me of the amount that had been deducted for the browsing as it would happen when connected through Airtel Live - my legitimate, free Internet through GPRS had been activated on my Nokia C3 :D.

Update: Was catching up on watching an episode of Gadget Guru broadcast a few weeks backs in which they showed the proceedings of the Gadget Awards 2011 ceremony. Learnt that it has awarded the Nokia C3, the budget phone of the year award. Vindication of my purchase decision made a few months backs :). A good purchase, if you can get it for <= Rs. 5700 INR [~ $129 USD]. Got mine for Rs. 5600 INR [~ $127 USD].

Having Internet access on the cellphone does have some advantages though. Waiting becomes a lot more tolerable. Also, when I feel like taking a quick peek at discussions going on different forums, without wanting to take part in any of them, doing it on the cellphone instead of the desktop means I can do it and be done with it & not keep on using the computer for long hours thereafter as it invariably happens when I use the computer, with the initial intention of doing a quick surf.

Thanks a lot to the wonderful people at Digit & IBM for giving me a prize - much appreciated. Thanks again!

Some pics of the pen that came today. 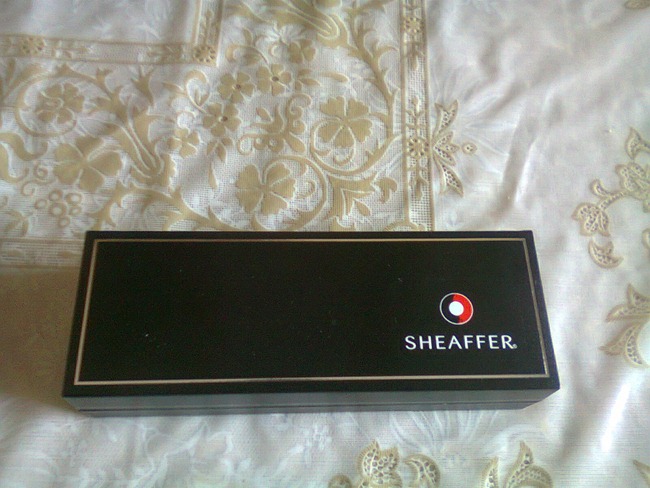 Never have Iqbal's words soared such great heights [quite literally, in this case] touching the emotional chords of every Indian who has heard these magical words being uttered by the first Indian in outer Space, Cosmonaut Squadron Leader Rakesh Sharma. 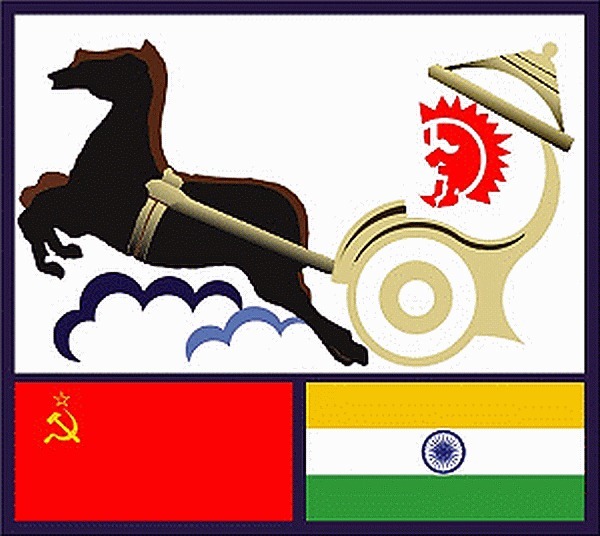 Today [3rd April 2011] marks the 27th anniversary of the historic journey that took the first Indian into Space. Strapped inside the Soyuz T-11 mission capsule [the first variant of which first went to Space in 1966 & whose improved variant continues to perform nearly the same task even today], mounted atop what was essentially an Intercontinental Ballistic Missile [ICBM] to travel to the furthest reaches of Space not travelled by any other Indian before. Cosmonaut Rakesh Sharma, besides becoming the 1st Indian in Space, also became the 138th human in Space.

This journey by Cosmonaut Rakesh Sharma, in which he spent more than a week aboard the Salyut-7 orbiting Space Station, was made possible as part of Soviet Union's Intercosmos programme - an outreach initiative by the Soviets, using Space travel, to enhance friendship & co-operation with Warsaw Pact nations, & in a few exceptional cases like that of India, Non-Aligned Movement [NAM] countries. Thus Cosmonaut Rakesh Sharma, then a Squadron leader in the Indian Air Force [IAF], was selected for this mission with then Wing Commander Ravish Malhotra, also serving in the Indian Air Force, was to be his backup undergoing all the training and procedures being performed by the primary members selected for the mission.

With a still-fledgling Space programme that India had at that time, the Scientific significance of the an Indian mission may have been somewhat limited. Material Science experiments devised, however, would have no doubt benefitted from the zero-gravity environment on-board the Salyut-7. However, the upswing of passion and inspiration the travel evoked amongst Indians was, without doubt, immeasurable.

Later, another Indian was said to be undergoing Astronaut training at NASA to be part of its manned mission, plans for which had to be aborted due to some reasons IIRC [will add to this or retract after confirmation - remember reading about it somewhere but can't locate the source any more].

Update: Yes indeed, 2 more Indian Scientists Nagapathi Chidambar Bhat [Nagapathi C. Bhat] and Paramaswaren Radhakrishnan Nair [Paramaswaren R. Nair], his backup, were undergoing training to become Astronauts at the National Aeronautics and Space Administration [NASA] to be part of the STS-61-I mission aboard the Space Shuttle Challenger as payload specialists. However following its unfortunate crash during take-off on an earlier mission that resulted in its destruction, this mission was cancelled and they were unable to go to Space.

Thanks to the helpful member on the forum for pointing towards the Challenger disaster incidence - helped fine tune the Google search that got me the answer.

Subsequently, however, 2 women Astronauts of Indian origin Astronauts Kalpana Chawla & Sunita Pandya Williams did become members of its manned Shuttle mission & Astronaut Edward Michael Fincke is married to an Indian-origin Engineer with association with NASA. There was also news an Indian Space tourist  aboard the Virgin Galactic - don't remember the exact details now - not so relevant.

Its Space programme having reached a certain level of maturity, the Indian Space Research Organisation [ISRO] has scheduled its own manned Space programme, with the maiden launch scheduled for the 2016. Lots of technologies need to be developed and validated and rated for the human Space flight that India would embark upon. One of the most critical of these technologies would be the launch vehicle - the Geosynchronous Satellite Launch Vehicle [GSLV], that is to power the mission, has had to face certain challenges impeding its successful launches in the last couple of attempts - expected failures that symbolize the authenticity & genuineness of an R&D programme.

Extremely unfortunate to find that no Indian newspaper found the anniversary of this achievement by Cosmonaut Rakesh Sharma worthy of coverage, even in one of its inner pages as a footnote. Does not bode well for a country that fails to recognise and honor Science & Technology and its men in uniform - primary factors that determines a country's strength and destiny. In this case we've managed to dishonor and disregard both in one go.

The only article I found after searching was published a few days back appeared in the Financial Times, which my chacha Google tells me is a UK-based publication.

Also no coverage in any of the MSM television news channels here in India, that otherwise specialize in whipping up hysteria and infusing melodrama even while reporting about paint drying.

Some pictures concerning the occasion.

A recording of the conversation that took place between the then Indian Prime Minister Mrs. Indira Gandhi and Cosmonaut Rakesh Sharma while in. On being asked by the Prime Minister how India looks from up there, Rakesh Sharma replied with the historic lines stated at the beginning. 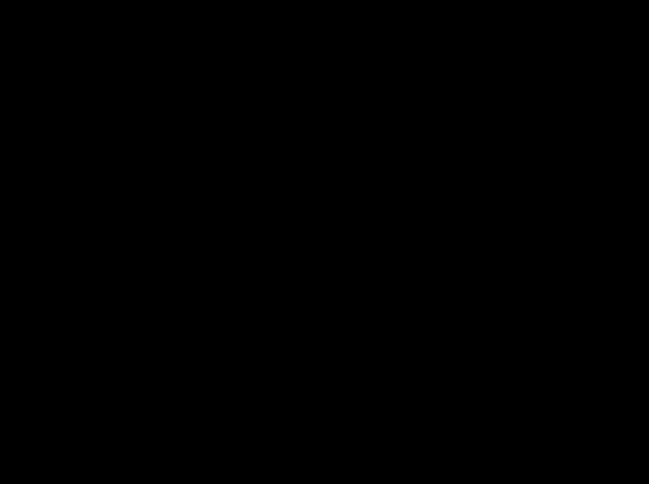 You may download and listen to the complete song, whose line was used by Cosmonaut Rakesh Sharma to give the reply.

Read: Saare Jahan Se Achcha - its continued popularity & recital even today a testament to that fact that Indians pay more heed to the message rather than the messenger.

On line of the Soviet Intercosmos initiative, I had asked for India to extend a similar proposal to the Islamic Republic of Iran - a mutually beneficial arrangement that would harm none, yet serve the purpose of realpolitik beautifully.

To the possibly 7-odd people* who probably visit this blog & wondering why there has been no recent updates - offline activities & commitments take precedence over activates of my online avatar & they are currently leaving me with no time to stay online as much, if at all, or as long as I would've liked. Situation likely to continue for the next couple of months at the very least. Had a few half-written write-ups about a few interesting things I had been reading prior to the virtual stoppage of online activities. May be able to post them only much later though.