Take a look at the screenshot of an average Twitter page.

Now take a look at this screenshot.

It is standard practice for Twitter to enlarge the font of the last tweet you post, so that the tweet on top has a larger font than the ones below it [picture 1]. However as seen, if your tweet contains some specific keyword, such as Gaza in this case I suppose, the tweet remains with enlarged fonts even after a newer tweet has been posted above it [picture 2].

The misery that Hamas has brought upon its own people who had elected them to power in Gaza by continually provoking and launching attacks on Israel should be highlighted and brought to the notice of more people for increasing the awareness and opposition to Hamas terrorism.

Small changes such as the one made by Twitter could play an important role towards coming up with a viable solution to the problem facing Israel from Islamic terrorist outfits like Hamas and Hezbollah by generating awareness.

So you are po’d that while you are handed out crappy Sodexho coupons, he was buying land like no tomorrow. All that anger in you for being made to do the work of three people and yet receiving the salary of just one. While on the other hand Raju doing absolutely no work took home the salary of 6000 people.

Well you can take out all the anger by splattering his face with raw, rotten eggs – well not literally [duh!!] but at least in this online game created by someone who might just turn out to a frustrated [ex]Satyam employee.

Nail the thief is an online game where you get to throw eggs on the face of a randomly popping up face of Ramalinga Raju. The splattering sound made when the egg strikes the face is music :D

Try out the game - its fun. If you one of the top 10 scorers, then you get your name displayed on the page showing how po’d you are with this con man Raju.

If your in the habit of using Thunderbird at home and a web browser in College to access your Gmail account, then keeping your Address books synchronized can be automated using this Thunderbird add-on.

Google Contacts add-on adds bi-directional syncing for your Thunderbird and Gmail Address Books. Any change you make to your Thunderbird Address book will reflect accordingly in the contact list in Gmail and vice versa.

It creates a new Address Book for each Gmail account and synchronization takes place between that Thunderbird address book and the corresponding Contacts list in Gmail only, leaving the other Address books unaffected.

Started using this nifty little Firefox addon recently. Long URL Please automatically expands all shortened URLs into their original links. This addon can replace the shortened URLs in all Webpages and is especially useful if your are a

Twitter user. If you prefer Opera then you can just drag Long URL please bookmarklet available on their website to Opera’s bookmark bar  [also applicable in Firefox] .

The conversion of the URL is performed using by routing the page request through Google App Engine. It currently supports up to 32 URL shortening services and has also released its API. One of the neatest Firefox addons IMO.

If you are a fan of Greasemonkey, then you can use the LongURL Mobile Expander script that shows you the original URL when you hover your mouse over the shortened link. It also has a Firefox addon version.

Aviation Week, publishing arm of the McGraw-Hill Companies devoted to Aerospace News is giving away free trial e-copies of some of its magazines. Click on the links below to order your copy.

Note: The mail they send you may find its way in to your spam folder. Take a look there if not found in your inbox.

Though the URL provided does not belong to Aviation Week or McGraw Hill, these URLs appears on their website. For example this article has the URL to receive free copies of Aviation Daily, marked in orange.

Flight Global, publishers of the Flight International magazine have come out with a handy booklet containing the numerical strengths of all the Air Forces of the world.

Neatly arranged in alphabetical order of the Countries, the flying machines have been categorized on the basis of their operations – Combat Aircrafts, Transport Aircrafts, Choppers etc.

It also tells you how many are currently in operation, how many in storage and how many more have been ordered by each country.

The 20-page booklet can be downloaded for free as a PDF file.

Tata Capital ad - What are you trying to imply Mr. Tata?

Take a look at this ad for Tata Capital Limited, a financial service company. Being bombarded on the Indian airwaves right now. 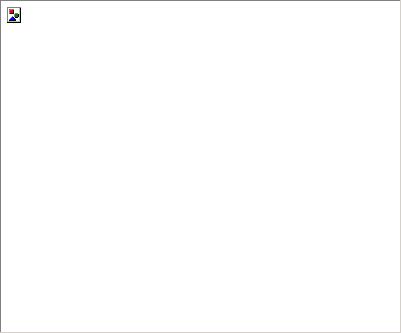 In case you were unable to make out the details in this video, the premise of this ad goes something like this – Two little girls, probably siblings discover an antiquated coin in the house. Taking the coin, they rush to the neighborhood streetside ice candy outlet and ask to purchase 2 candies for themselves. However owing to the antiquated nature of the coin, the stall owner refuses to sell them the candies, without realizing the true value of the coin.

A little while later appears another, slightly older kid who takes the coin and goes to an antique shop to exchange the coin for money that is in circulation. The boy goes back to candy outlet, buys two ice candies and hands them to the two sitting girls who are shown consuming it with relish.

The ad, prepared by the Indian arm of Leo Burnett Worldwide, looks cutesy and endearing. However any message of uprightness and judgement of Tata Capital they might have been trying to convey, IMO, was not achieved through this ad. If at all anything, it conveys a message to the contrary.

Consider this – the kid who takes the coin to the antique shop, is only able to sell it for enough money to buy 2 measly ice candies. In a world where antique anything is purchased by giving premium price, the kid’s deal reflected his poor judgement and lack of knowledge in matters pertaining to this field.

If the kid did indeed struck the right deal and chose to keep the rest of the money to himself, it shows his malicious intentions and devious nature.

Quite clearly the makers of this Ad intended the 2 little girls to symbolize the citizens like you and [not]me, who are looking to ensure the safe and profitable investment of their money. The older boy on the other hand stood for Tata Capital Limited who would manage the money for us. They were unable to draw up a correct analogy – maybe if they kid was shown to buy out the whole ice candy outlet for the girls it would have justified giving away the antique coin [though the concept would have been just as ludicrous].

I’ve always been an ardent fan of the Ads coming out of the Leo Burnett stable in India [though Ogilvy and McCann-Erickson comes second by a whisker for me]. However with this Ad Leo Burnett has handed the Tatas a lemon. 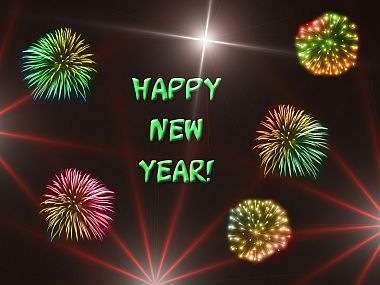 Wish you all a very happy, peaceful and a prosperous New Year. A new year – a new beginning. Let us all begin to work towards building a strong, progressive, technologically and economically advanced nation – the truest indicator of a developed nation.

I also take this opportunity to salute the brave soldiers of the Indian Armed Forces, who in spite of being continually subjugated by the political and administrative class of the country continue to serve with the highest degree of professionalism & dedication of any Armed Forces in the world.

I am eternally indebted to you for my continual existence and way of life.