Wife of India's, then, Chief of Army Staff General [later Field Marshal] Sam Manekshaw, visiting soldiers injured in the 1971 War for the liberation of Bangladesh.

A rare picture, as far as I can tell, of Mrs Siloo Manekshaw, that is available on the Internet. 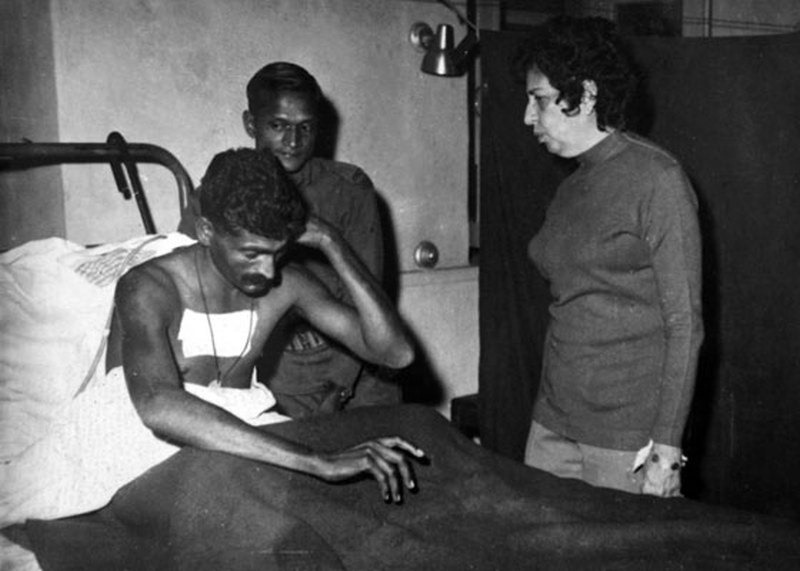 Here, her husband, India's COAS during the war, General Manekshaw, interacts with a soldier who took on & killed 3 Pakistan Army soldiers, armed just with his Kukri. The General was always a firm believer in the Gorkha's bravery. 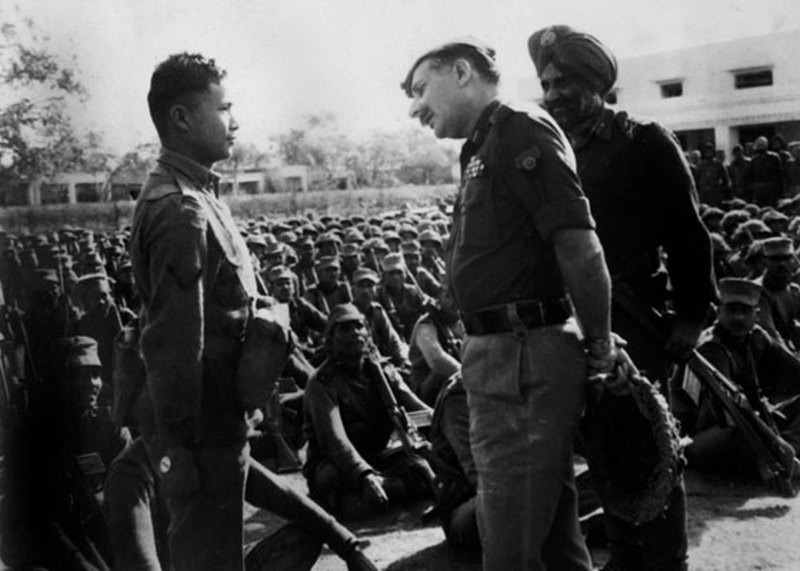 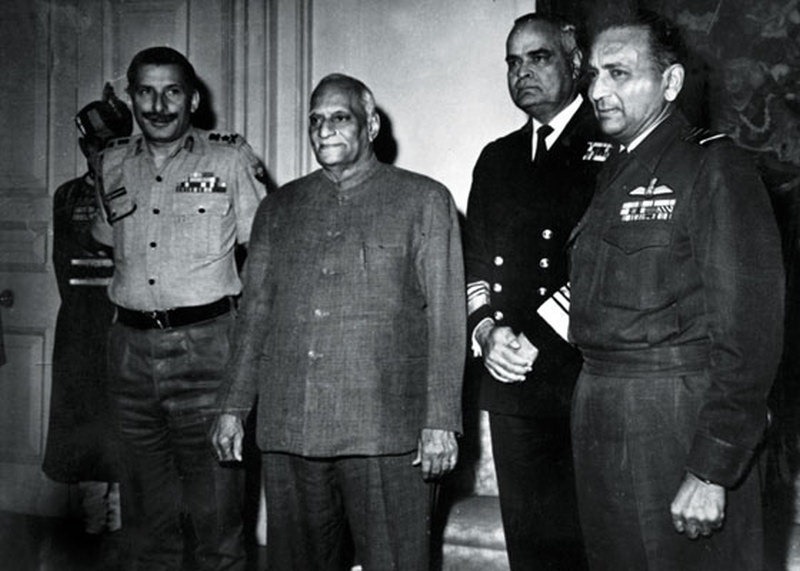 Trivia: Air Marshal P.C. Lal was the first Indian to go supersonic. He achieved this feat in France in 1954-55 when, as leader of the team to evaluate new aircrafts for acquisition, he flew the Mystere fighter. It was capable of flying supersonic in a dive. The IAF subsequently acquired 110 of these birds.