Maharajpur Air Force Station [AFS] in Gwalior, Rajasthan, is the home base to all three squadrons of the Indian Air Force [IAF] flying the Mirage 2000.

A stunning set of pictures, shot recently, showing the pilots going about their routine. The three squadrons currently flying these aircrafts include the No. 1 Squadron 'The Tigers', No. 7 'Battle Axes' & No. 9 'Wolfpack', all currently under the operational jurisdiction of the Central Air Command. Its single-seat fighters have designation Mirage 2000H, while the trainers are Mirage 2000TH.

Click on the image to access the gallery. Don't forget to check out pictures in the other sets too. Breath-taking. 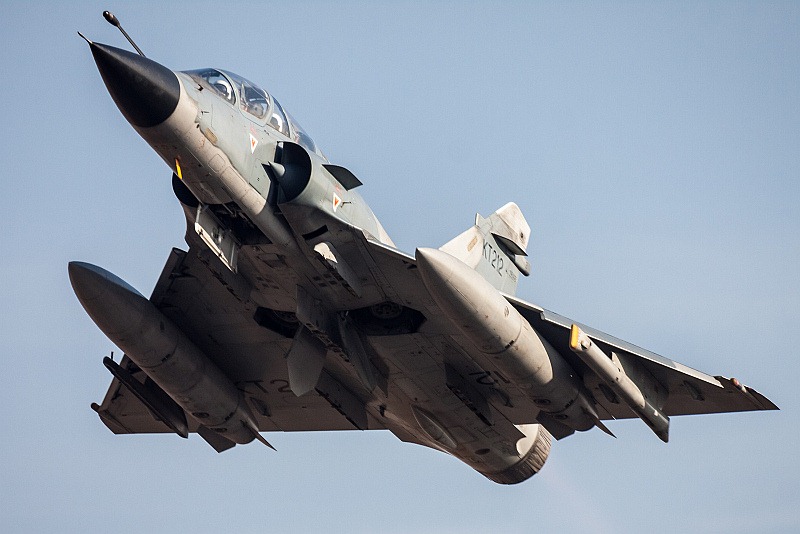 The IAF, initially, in the 1980s inducted 49 of these French birds, consisting of a mix of single & twin-seat aircrafts, with the first bird arriving in 1985, after contracts for it were signed in 1983. A subsequent order for 10 more airframes was placed in 2004, to make up for lost aircrafts. There have been a total of 9 crashes that have lead to permanent loss of the Mirage airframe, that includes two which occurred early this year [February 24 & March 5 2012]. That would bring its current strength to 501. Recently, there have been talks of acquiring two second-hand twin-seat trainer Mirages to make up for this year's losses.

The entire fleet of India's Mirage 2000s are set to undergo life-extension and technology upgrades, brought about by a $2.4 billion USD deal signed last year between the Government of India & aircraft maker Dassault Aviation, along with the Thales Group. Incidentally, Israel too had proposed to carry out the upgrades, quoting a lower price. India declined the offer. The country has experience in developing a Mirage 5-derivative, the Kfir aircraft, A separate contract worth $1.2 billion USD has been signed with MBDA for the acquisition of around 490 MICA Air-to-Air Missile [AAM], which the upgraded fighters would be able to fire. Thus, the total value of the Mirage 2000 upgrade deal is pegged to be in the vicinity of $3.6 billion USD. Once completed, it is suggested, their capabilities would be on par with the most advanced conventional variant of the aircraft - the Mirage 2000-5 Mk2. Upgrades of the first two airframes would be carried out in France while for the remaining, it would provide the kits to the Indian DPSU Hindustan Aeronautics Limited [HAL] for it to do the job in the country itself. The whole process is expected to take around a decade [~2020]. With HAL involved, already over-booked, timelines could take a hit.

1 = Could not locate any news for crashes involving IAF Mirage 2000 between 2007 & February 2012. Hence, the conclusion that it presently has 50 airframes.