The J-20 is China's attempt at building a Fifth Generation Fighter Aircraft, while the J-15 is its carrier-capable fighter aircraft of Soviet heritage.

The J-15 was in the news recently after Chinese officials made public the news, on November 4, that the aircraft carried out touch-and-go tests in late October, followed by news reports on the 21st that the aircraft had made made its maiden successful landing on the  Aircraft Carrier, Lianoning. The feat was accomplished by their test pilot Dai Minmeng. This satellite imagery, of China's Xi'an Aircraft International Corporation, was captured using Digitalglobe's Worldview-series satellites.

click on the image to view it in full size 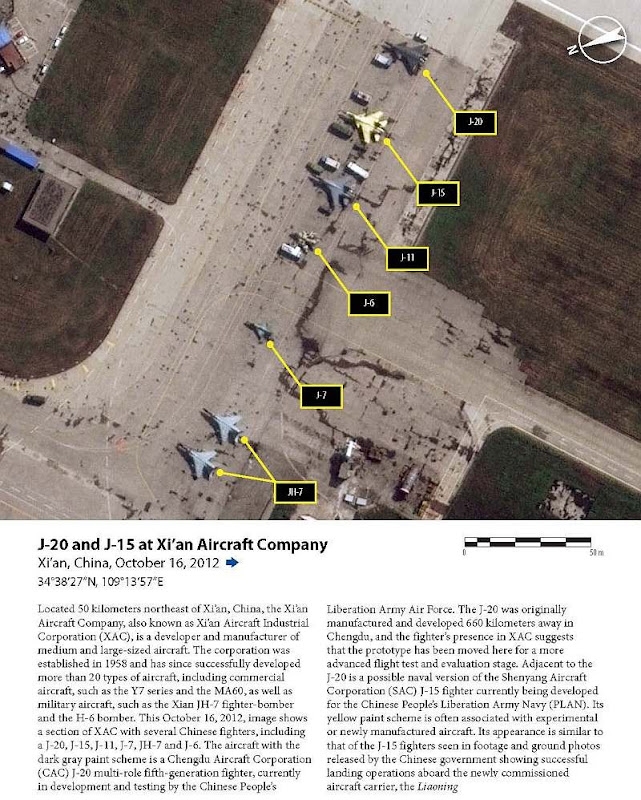 This image, below, was taken over China's Shenyang Aircraft Corporation [SAC] 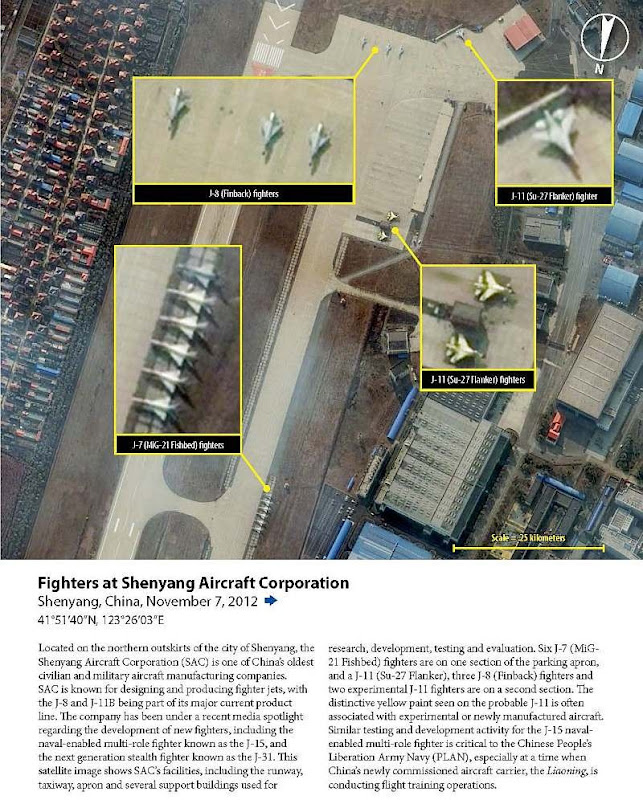