This Boeing-built Aircraft was spotted recently in the open, indicating that its construction has been completed, paving the way for its maiden test-flight. 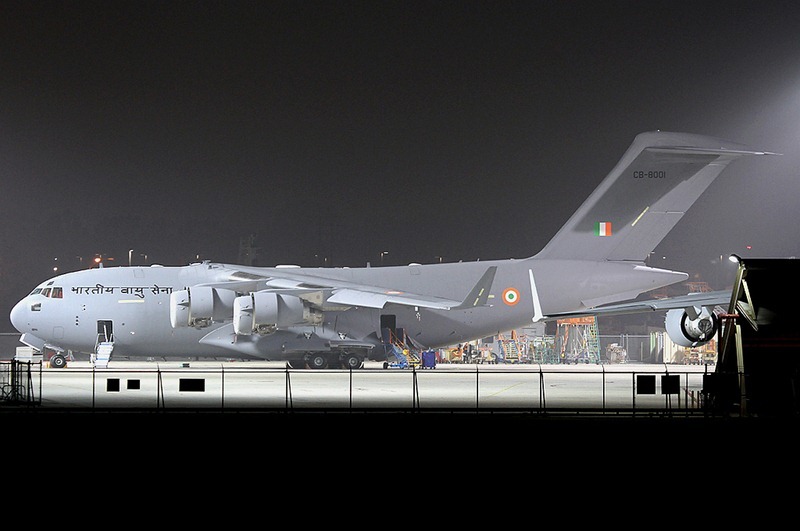 In preparation for its service in the IAF, an initial team of 100 airmen recently underwent training in the U.S. to learn how to carry out maintenance & upkeep of bird.

"During trials in Ladakh, in the oxygen-thin air of that hot summer day, the IL-76 was unable to land even without a payload. The C-17, to the IAF’s delight, landed and took off with 30 tonnes on board."

Based on how well it serves the IAF, another 6 of these may be inducted as a follow-on, bringing the total number of IAF's C-17 aircrafts to 16. Would be a folly to go back to the Russians for an aircraft for which it does not even have a production line - the existing factory found itself sitting in Uzbekistan, following the collapse of U.S.S.R. Any hypothetical Indian order will, therefore, inevitably include the cost of setting up the proposed production line in Russia. It goes without saying that any new production line will encounter the inevitable kinks & bottle-necks faced in the initial operation of all new lines, that are only resolved with the time & maturity of the line, leading to delays in delivery, something the IAF can ill-afford.