A collection of pictures showing one of the most well regarded aerial display teams perform their routine. 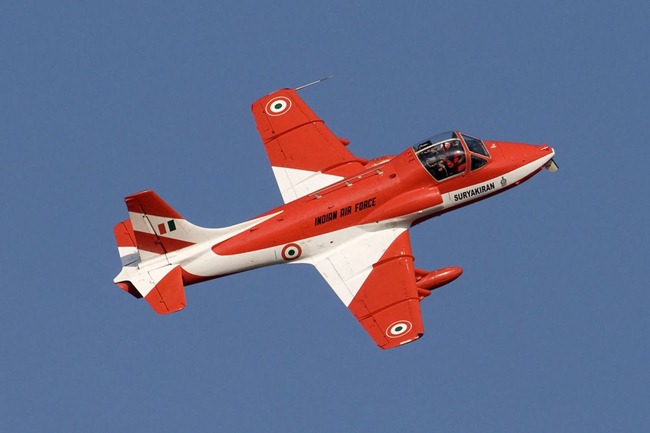 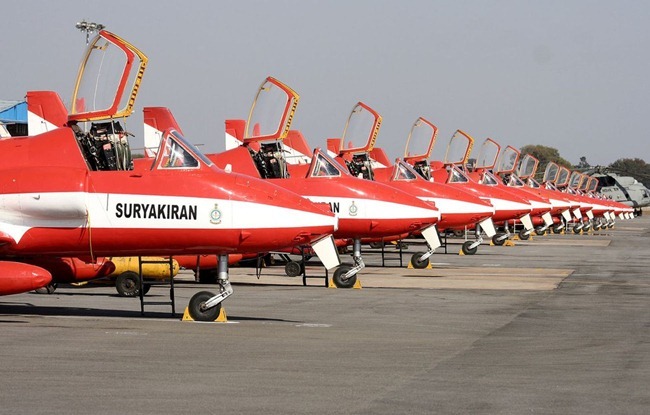 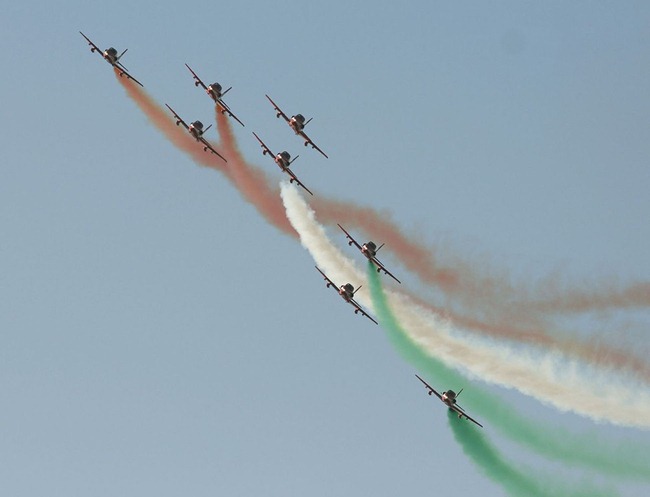 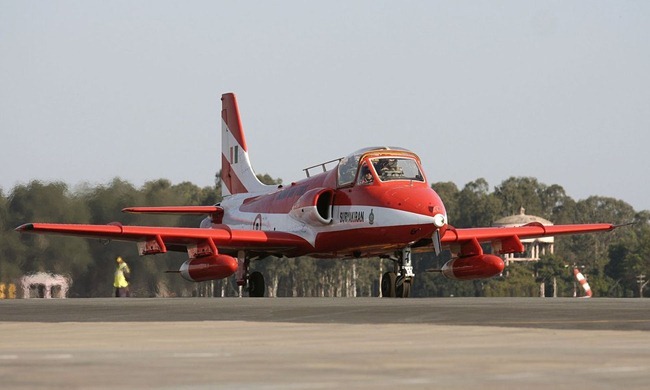 While the squadron is currently temporarily not operational, as their aircrafts had to be diverted to make up for shortage of trainer aircrafts needed to train IAF's rookie pilots, once sufficient numbers of BAE's Hawk Advanced Jet Trainer [AJT] are manufactured & inducted, the team would transition to flying these more advanced fighters. In fact, an order for 20 additional Hawks1 have been placed  for this purpose.

It, however, remains to be seen who actually executes this order. If Hindustan Aeronautics Limited [H.A.L], that is presently license manufacturing them for the Air Force & Navy, is given the task, then the projected date of manufacture has been pegged at around 2016, meaning there may be no demonstration by the team during Aero India 2013 & 2015 air shows, the first time ever they wouldn't be performing there. There are also talks of concurrently building them at BAE's parent factory in the U.K, that would make them available much earlier. No confirmation of this forthcoming yet, though the possibility appears fair, considering the prestige associated with the team. The IAF wouldn't want to keep them out of action any more than absolutely necessary. On the other hand, if HAL is the one to build them, one could even see a decision taken to divert the required number of these AJT prior to Aero India 2015, to enable the Surya Kiran team train & put up a display.

Other Indian aerial display teams include the IAF's Sarang, which fly the the indigenously developed Advanced Light Helicopter [A.L.H], Dhruv & the Sagar Pawan, a team similar to the Surya Kiran, constituted by the Indian Navy. The Sagar Pavan, too, presently do not perform for the same reason mentioned above.

1 = Depending on where you read it, the number being quoted is either 16, 20, 21 or 22. Considering this order, in addition to aircrafts for the Surya Kiran squadron [(18 + 2 or 3) typical squadron strength in the IAF] would also be making up for aircrafts lost in crashes, so far [ 1 airframe], the number 21/22 could be more plausible.