Artists impression of the aircraft to be developed jointly by India & Russia.

The Multirole Transport Aircraft [MTA] is a new generation of aircraft to be jointly developed by India & Russia to meet their own respective requirements & fulfil export orders. While primarily being developed as a military transport aircraft, a civilian transport version too is to be developed, both being powered by Russian powerplants.

"The aircraft will be designed for cargo / troop transportation; paradrop/air drop of supplies including ‘low altitude parachute extraction system’ and is to be co-developed by HAL and UAC, and Rosoboronexport of Russia, through a Joint Venture company."

The conceptual illustrations below give an initial idea of how the aircraft would eventually look like. 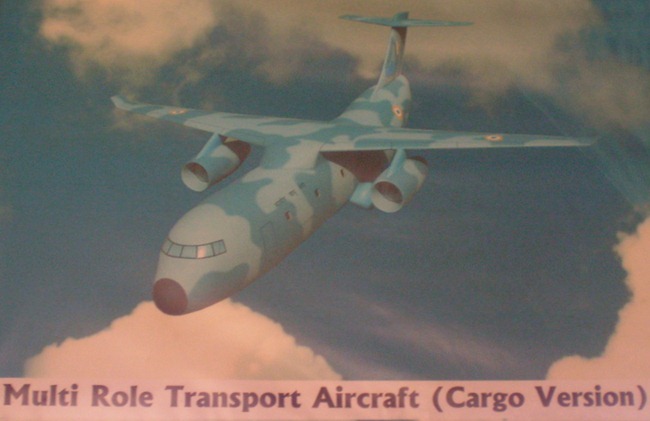 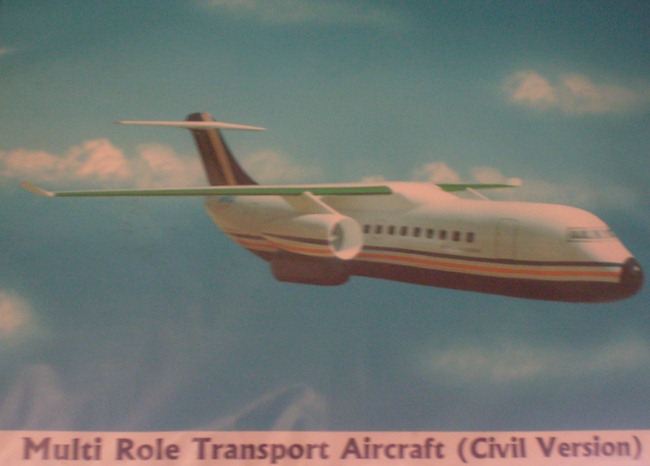 These pictures are displayed at Hindustan Aeronautics Limited's plant in Bangalore. Someone had photographed them during a visit.