Talwar-class frigates operated by the Indian Navy [IN] were the first set of operational warships in the IN fleet to incorporate some amount of stealth characteristics. Of primarily Russian Krivak III class design, also integrated on-board are Indian sub-systems. India presently possesses three such warship,

Orders for these warships were placed in the early 90s in order to make up fleet strength, till completion of construction of the indigenous, stealthy Shivalik-class of frigates. Following completion of delivery of all three original Talwar-class frigates, after much delays, a follow on order had been placed in 2006 for three additional warships of its class. Indo-Russian development, the supersonic Cruise Missile, the BrahMos is to be integrated into the these warships as their primary weapon. The three follow-on warships are,

The first follow-on warship, INS Teg [F45] is to be commissioned into the Indian Navy this week on the 27th of April. Stratpost has published a series of photographs, shot while the ship was undergoing sea trials in the Arctic winters of Russia - Images: INS Teg’s cold weather sea trials. 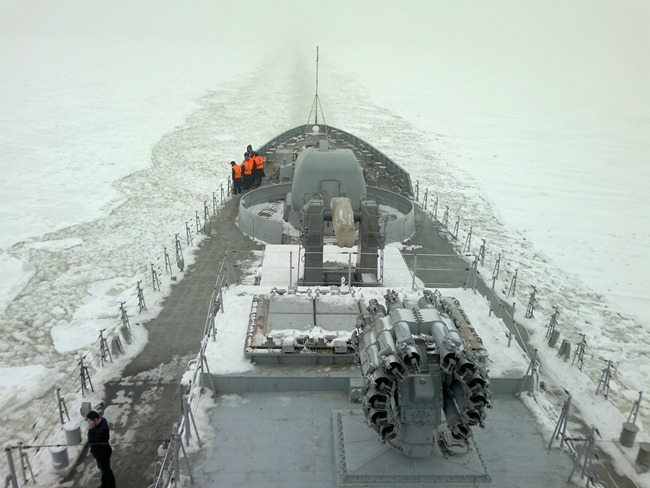 The Warship while it was undergoing trials in non-cold weather. The Teg was assigned Hull number 701, while under construction in Russia 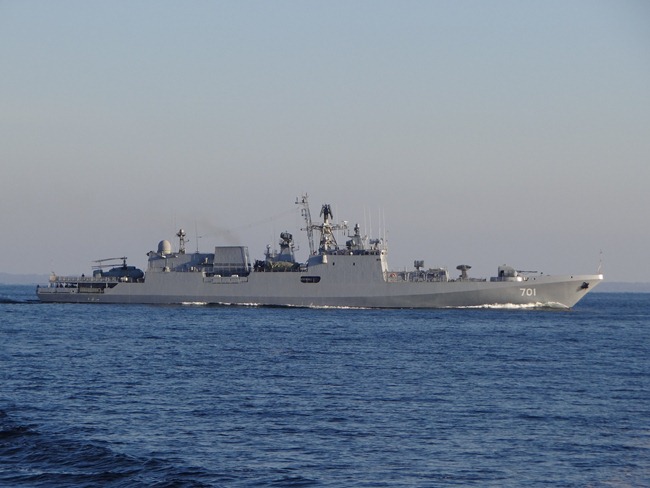 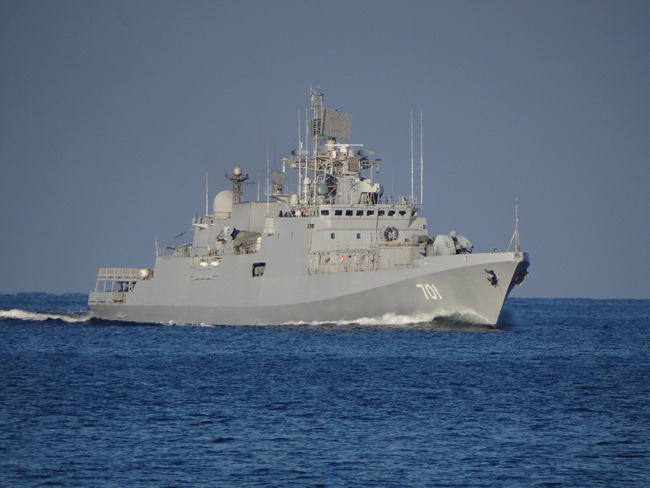 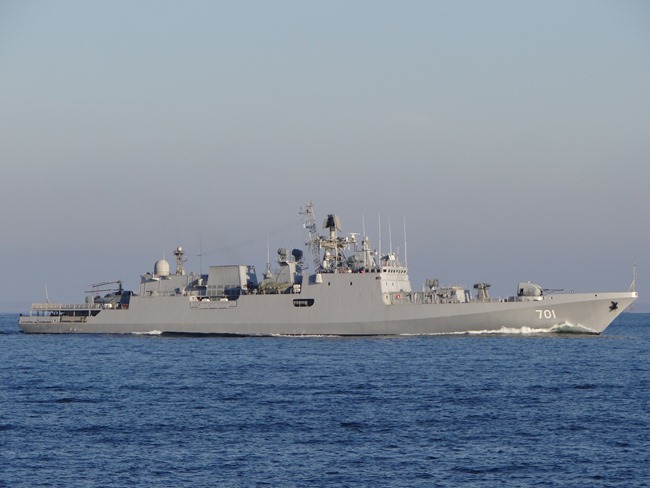 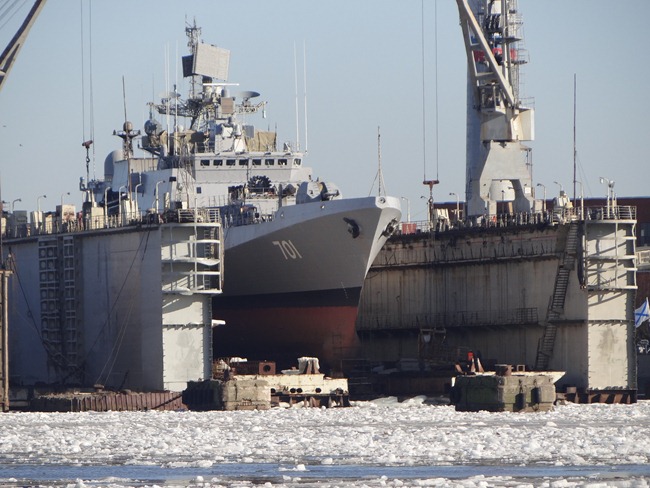 These show the hull of the Talwar-class while it was under construction. 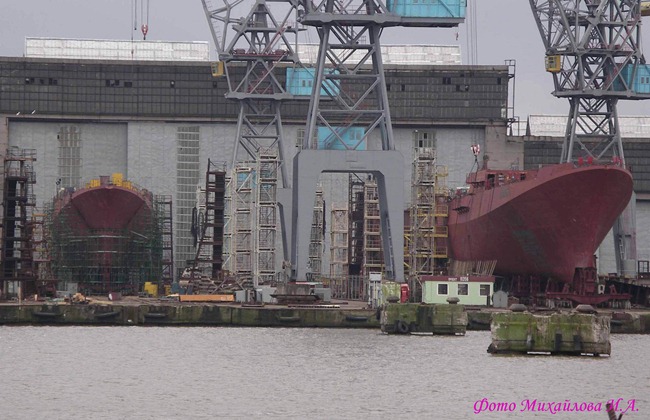 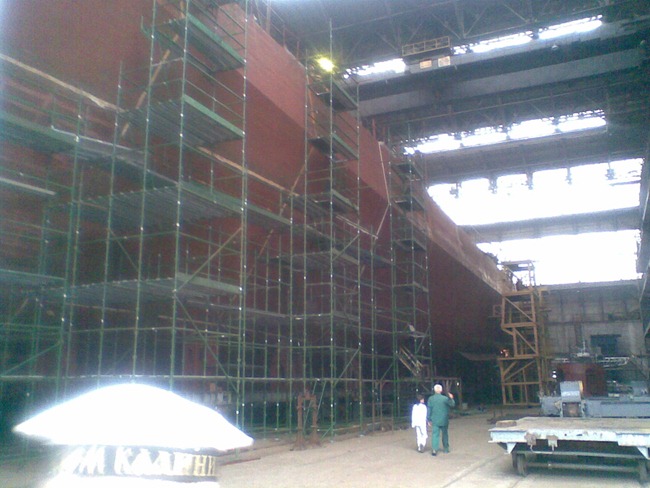 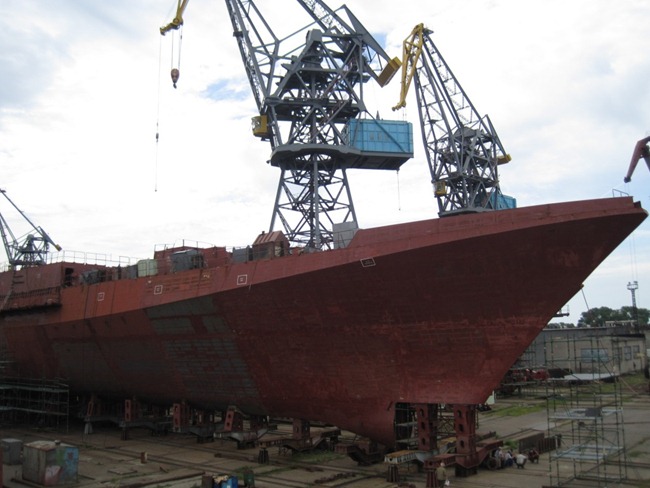 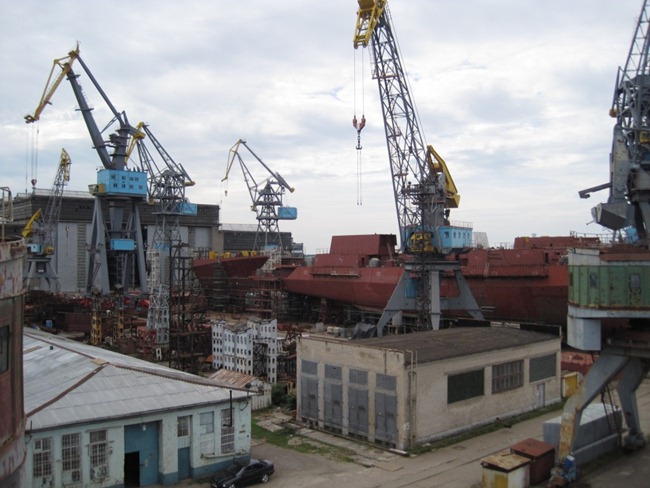 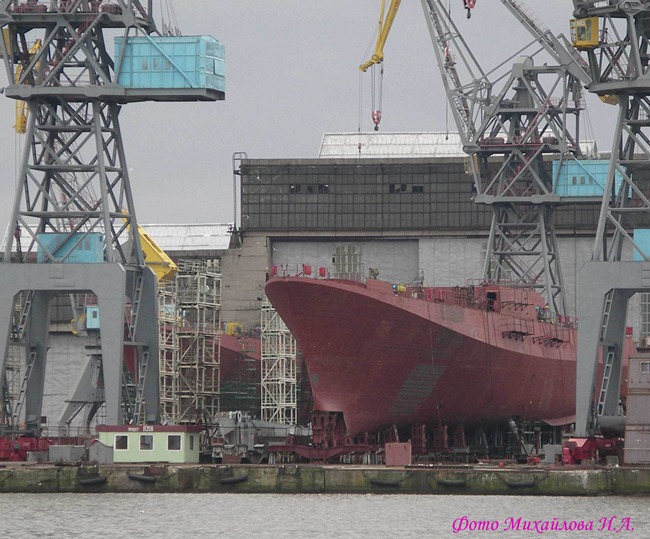 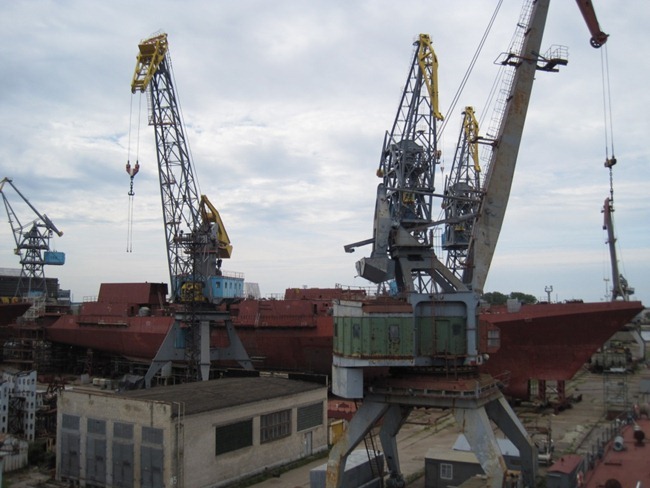 The INS Teg, on its journey from Russia to India, would also be making a port call at the German city of Hamburg,

"A maritime climax will finally be a visit to the new Indian frigate INS TEG, which will be on its maiden voyage and will anchor in Hamburg as its first official foreign port. The TEG was built in Kaliningrad / Russia and was handed over to the Indian Navy in April 2012."

Teg's pit stop at Germany would coincide with the 823rd Hamburg Port Anniversary. As part of the celebrations there, the Indian government is organising a 'India Festival', showcasing India through art, culture, traditional practices, as also Scientific & Technological co-operation with Germany. 2012-13 is also being observed as the 'India Year in Germany'. The India Festival is to be held from the 11th to the 13th of May.

Miscellanoeus collection of pictures of the Talwar-class frigate, INS Tabar. 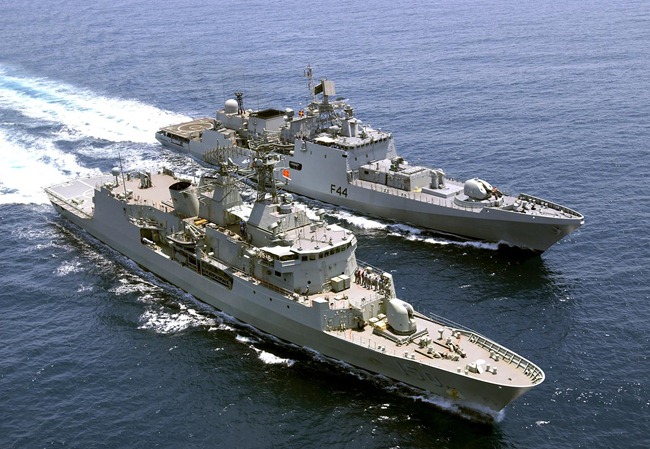 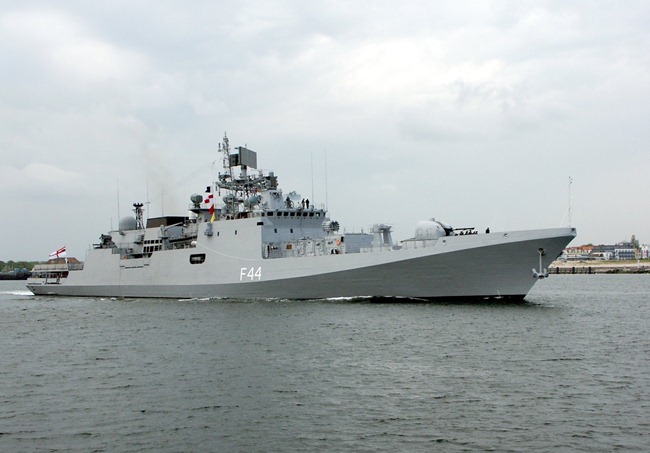 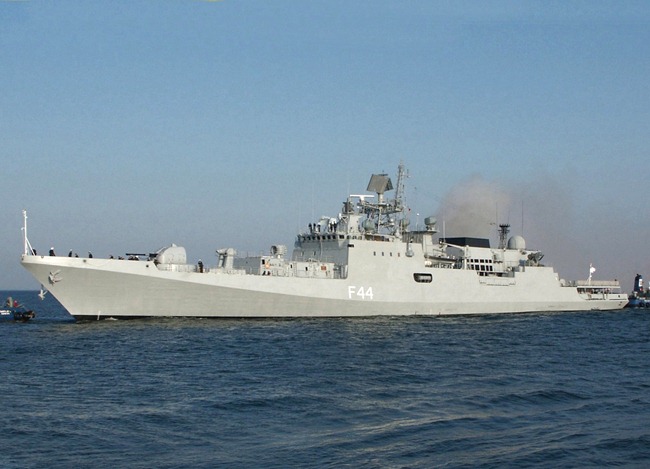 There are speculations floating around that suggest that Russia is in negotiations with the Indians for signing a follow-on contract to build & sell an advanced variant of the Krivak design, the Krivak IV-class Frigate. Not much has emerged in the public domain about these negotiations since then.