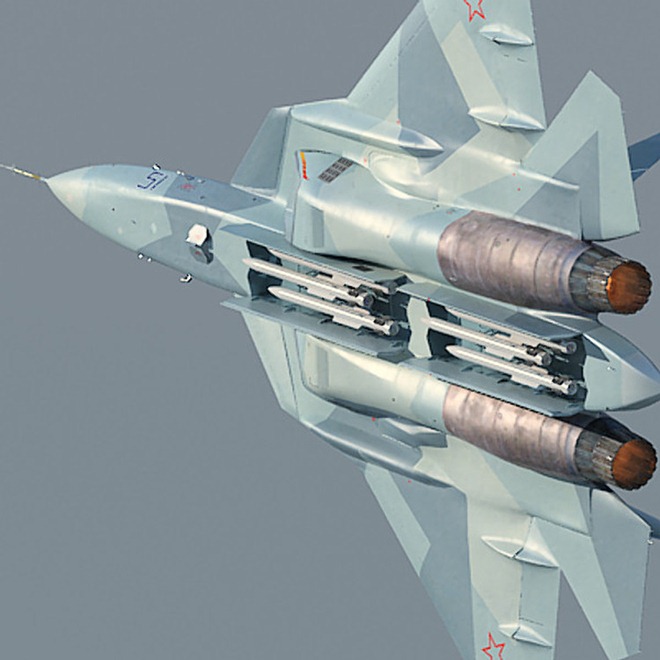 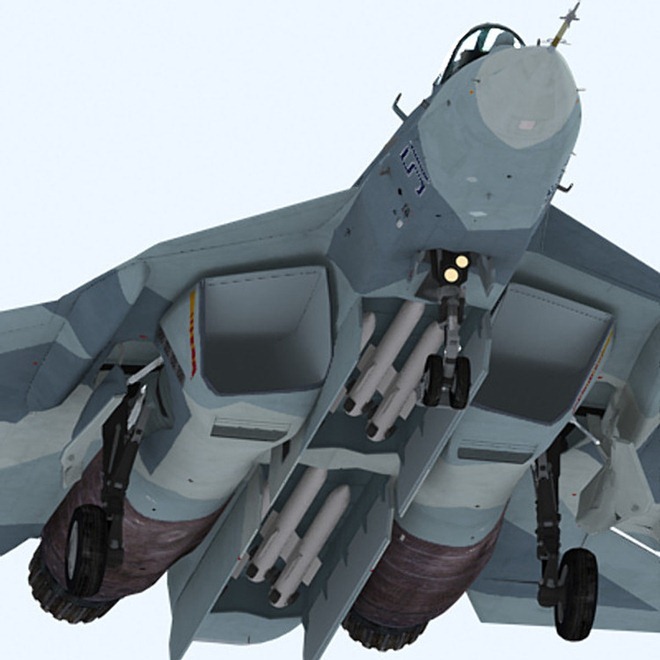 A characteristic feature of all fifth generation of fighter aircrafts developed so far, carrying weapons in internal bays, allows the aircraft to exhibit reduced Radar Cross-Section [RCS], improving its stealth characteristics, if the mission profile so demands.

Designers are also trying to incorporate this concealed weapon carrying ability on to legacy aircraft, as part of possible life-extension upgrades. One such implementation of this is the 'Enclosed Weapons Pod' that Boeing Engineers have developed for retro-fitting onto the F/A-18 E/F 'Super Hornet' aircraft. 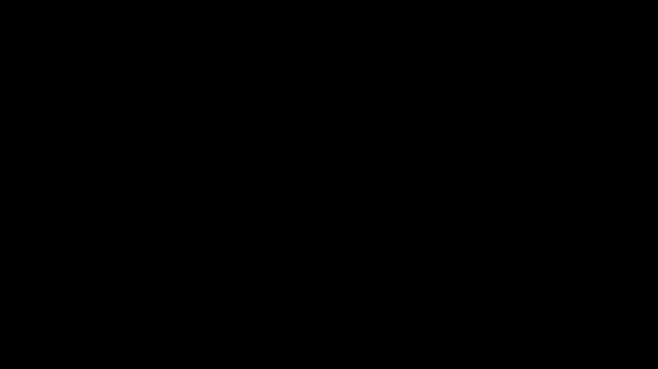 While we're on the topic of CGI, here is another rendering, showing off the PAK-FA in U.S. Air Force's [USAF] Thunderbird colours. Wonder how Americans would feel about this? Sacrilegious? 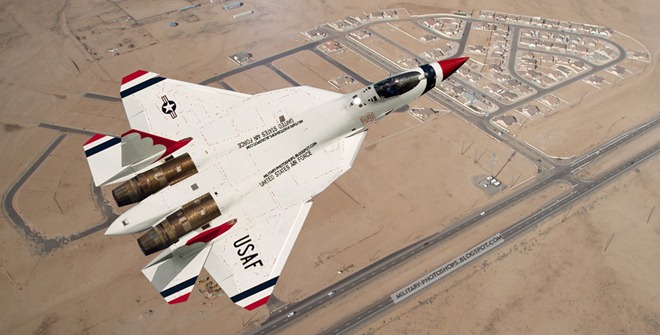