These pictures of the Light Combat Aircraft [LCA], Tejas were circulating in a mailing list. Don't recollect having seen a few of these earlier - did not have these in my collection. Some others that did appear had been watermarked by people who had not shot the pictures.

The unfortunate thing is that these pictures had originally been shot by either the relevant Cell of the Indian Air Force or by the Aeronautical Development Agency, the nodal agency developing this aircraft. Yet, their own website remains sparse & bare bone, not hosting these pictures.

Instead, they are made available only to accredited journalists many of whom add their much undeserving watermarks on top of these. How difficult could it have been for these agencies to upload hi-res pictures from time to time, which they shoot anyway, & relevant write-ups about the same, on their own websites - a good public outreach initiative, engaging the interest of your tax-paying citizens & stoking interest amongst the students of the country to take up the challenges of developing technologies that would help further the cause of the nation.

An unfortunate fallout of the lazy [& possibly vested-interest] journalism, as practiced from time-to-time, by not an insignificant few in India, is the erroneous notion held by an alarmingly large number of Indians, that work on developing India's Light Combat Aircraft began in the early 1980s. However, this information can only be described as being furthest possible away from the truth. Mr. PS Krishnan, director of the Aeronautical Development Establishment [ADE] tries to remind us of the facts,

"You have to see that it started as a thought process in 1983 and there was no funding at that point. For the next ten years, we firmed up the requirements and then went into project definition phase. We went to France and Germany and took their expertise in fixing up the aerodynamic configuration. Post that we were ready with a firm proposal and the funding finally started from the second half of 1992. It did take time, but we had to go through the proper processes."

As can be seen, the Light Combat Aircraft programme, that produced the aircraft which received the Initial Operational Clearance on January 10th, commenced only in 1992 - 10 full years after the date your average journalist would have you believe - facts are being fudged by a full decade.

Col [retd] Ajai Shukla had recently written an article detailing the expenditure incurred in the Light Combat Aircraft programme. With facts & figures provided by the Aeronautical Development Agency [ADA], it does well to dispel the factually incorrect assertions made by many, that the programme is grossly over-budget with little to show for return. Not only is the programme not over-budget, but the infrastructure set up as part of the programme & the knowledge database created during its course will prove to be an invaluable asset for India in future development programmes in particular & India's overall Technology capability, in general.

This article provides more details about financing received during the 1983-1993 period.

The LCA project began in 1983 (the name Tejas only came later), with a preliminary allocation of Rs 560 Crore for ‘feasibility studies and project definition’..... In fact, this was merely for defining the project and creating the infrastructure needed for designing, building, testing and certifying a fighter.

Only after a decade of infrastructure building did the design work start, when the ministry of defence (MoD) sanctioned Rs 2,188 Crore in 1993 (which included the initial Rs 560 crore).

As it is evident, the money, Rs. 560 Crores, had been provided to essentially evaluate whether an LCA programme could even be undertaken by India in the first place. It was only in 1993, after setting up the required infrastructure facilities and undertaking study tours to countries where such projects were underway at that time, was India convinced that it could undertake & complete such a programme successfully.

Subsequently the decision to initiate the LCA development programme was taken & the corresponding funds (Rs. 1628 Crores) was made available as part of the Phase 1 of its development, using which they actually achieved more than what was specified [in addition to the second Technology Demonstrator (TD-2), a Prototype Vehicle (PV-1)].

The Indian Rupee too lost value during that period. So what cost Rs. 26 INR in 1993 would cost Rs. 47 INR by 2001, essentially becoming twice as expensive. So any cost over-runs one may observe should also be viewed keeping this devaluation of the Indian Rupee in mind.

This table gives a quick overview of the financing proved at each stage of the aircraft's development. 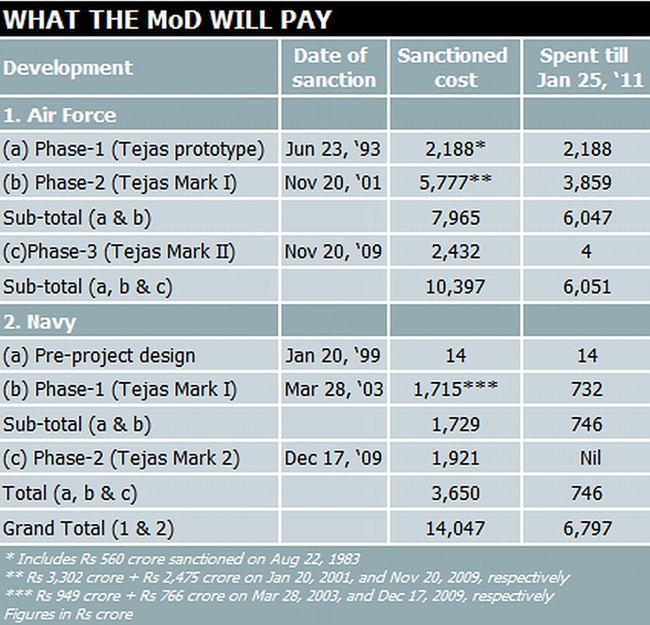 Tarmak007's blog has yet another inspiring article about the people involved in the development of the aircraft - The Iron Bird Team: A Tejas story never told before! - must read.

Add to that India's stunted & indifferent private industrial setup, lacking capability, performing much below its potential, owing to the ill-conceived & much abused license-raj culture afflicting the country at that time, thanks to the flawed Nehruvian philosophies dictating government policies, and the challenges & odds facing the Engineers & Scientists involved in the project stacked up even higher.

Despite these debilitating limitations dragging down the people involved, the Light Combat Aircraft today is as much as a reality as the Earth revolving around the Sun & its fate, somewhat indeterminate as it may be even today, is a lot brighter than it may have appeared even as late as the late 90s.

For a nation, which, till as late as the mid-90s had to choose from 3 cars to purchase - all of foreign design, manufactured & assembled in India [with QC issues that are subject of folklores], with a waiting period extending to, some say, decades, to have developed a fighter aircraft comparable to contemporary 4th generation [or even 4.5th, by some feature & technology parameters] combat aircrafts, by nations with long decades, & in some cases centaury of experience in this field, & no prior experience of developing 2nd & 3rd generation fighters, to have done so in less  than 19 years, can only be termed as a work of marvel - a miracle created by the collective efforts, sweat & toil of those involved in the project.

The variants of the Light Combat Aircraft, as it evolves through the development process.

Some snippets of information about the simulator being designed to train pilots to fly the LCA Tejas. 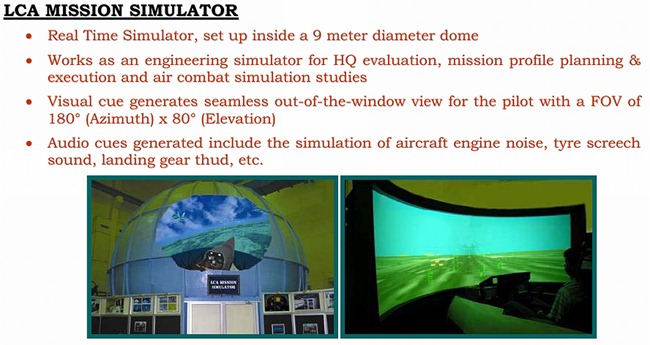 A dated inforgraphic depicting some of the important milestones achieved by the Light Combat Aircraft, Tejas. 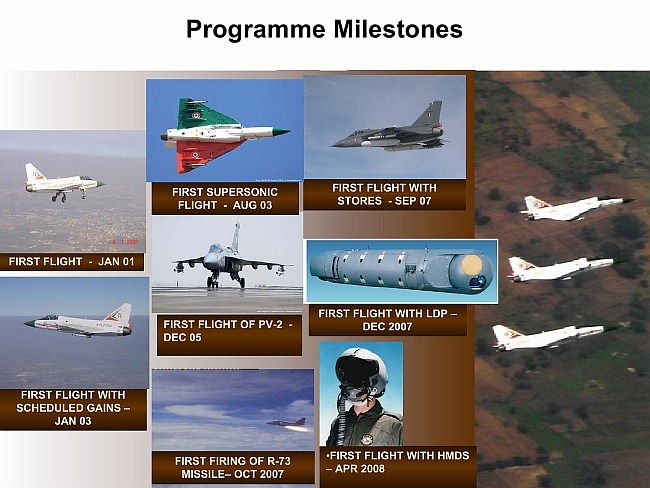 Decoupled from the development of the aircraft, is the design & development of an indigenous Turbofan engine that is to power the next Advance Medium Combat Aircraft [AMCA], the GTX-35VS Kaveri Engine. Subject to structural compatibility, if things proceed smoothly, it may even power the Mk 2 version of the Light Combat Aircraft that is currently being designed to be powered by the GE F414 engine selected recently. 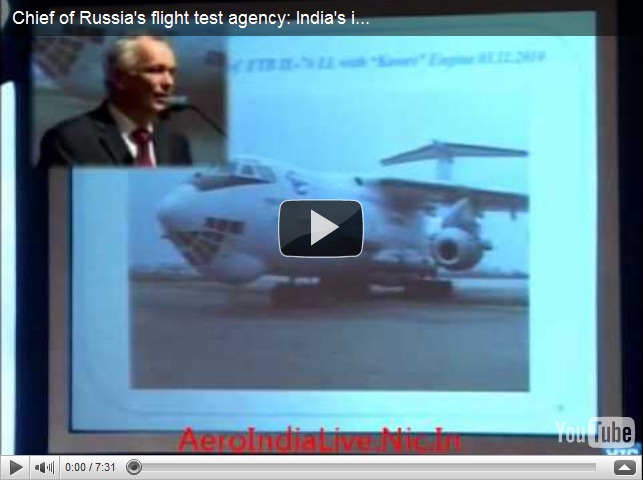 A Video of the Il-76 test-bed aircraft taking to air powered by the Kaveri.