Space Shuttle Launch video footages - the best of the best

2 comments
Or so the video was titled - not without justification, though. Was going to post it the last time, but then chose something else at the end.
NASA has released this amazing video compilation of the launch sequence of the Space Shuttles using footage obtained from the more than 125 cameras it uses to film the launch from different locations for its post-launch analyses.


The footage, accompanied by a useful narration of the proceeding being viewed, has been slowed down such that each second in this video shows only 142-200 milliseconds of the actual launch process - seeing the Shuttle being launched in super slow motion is a sheer visual treat along with a much needed realization of the enormity of the scale of operation involving each element of the launch, be it the 20000 pounds [~9000+ kgs] of fuel being burned each second by its solid rocket boosters or the more than million moving parts in the Shuttle that needs to operate in sync, & at the exact moment it has been designed to operate, to ensure a perfect launch - epitomizes what is the best & highest in contemporary Engineering Technology.
Must watch the 720p version - pity they did not release a full HD version. 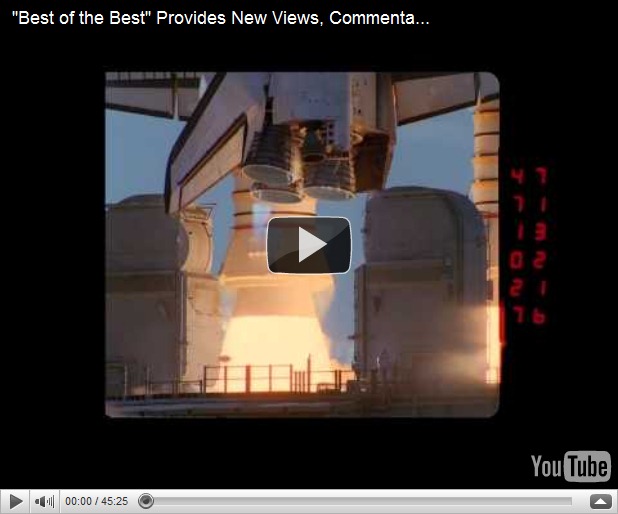 NASA's Space Shuttle Launch Video
Some of the footage from the video that had to be deleted has also been made available.
ISRO had prepared a documentary chronicling India's maiden mission to the Moon, Chandrayaan 1 - good stuff, albeit a bit let down by DD-like production quality.
Passage to the Moon Part 01
Passage to the Moon Part 02
Passage to the Moon Part 03
Saw Road, Movie the other day; nice movie - enjoyed it greatly. Understated narration of an interesting storyline with believable acting by no big-name actors along with great visuals of the Rajasthan & its colorful attire against parched desert landscape - quite a list of good things about the movie has, Very unlike conventional Bollywood movie, & that is what a compliment from me sounds like :D.
Directed by Dev Benegal, whose Split wide Open, I found  quite unappealing, but his adaption of English, August, is what he is most famous for - my favorite dark humor novel - right up there with Catch-22. Unfortunately, couldn't watch it as no available copies of the movie, but the book is awesome - highly recommended.
----------------------------
2011.01.02
A similar video also explains the sequence of events occurring, starting approximately 30 seconds, prior to launch of the Saturn V rocket that powered the Apollo 11 mission to the Moon, stretched over 8 minutes in extreme slow motion.
Apollo 11 Saturn V Launch (HD) Camera E-8
The law-abiding YouTuber that I have been, the good folks at Mountain View have [for all practical purpose*] lifted off the restriction on duration of each video that I may upload.
Uploaded a lecture from Aero India 2009:
Sweden's Air Force, its Aeronautics Technology & Industry - Major General Anders Silwer, Commander [Duration 29 minutes 30 seconds]
----------------------------
Godspeed
Possibly related posts:
Russian stealth: Hunt for the invisible [weekend YouTube viewing]
Nukes in Space: Rainbow bombs [Documentary]
The girl who silenced the world for 5 minutes
#Barkhagate - The buck does not stop here
* Somebody's 5 hour long duration video was apparently rejected - upper limit around 4 hours being reported.