List of Satellites that India has launched or built, so far, for International customers, through the Indian Space Research Organisation [ISRO].

Efforts of 60+ years of India's Space program & leadership provided by visionaries like Dr. Vikram Sarabhai & Dr. Satish Dhawan, are slowly, but steadily, bearing fruits for the country. Progressive maturity & advancement of the program is providing the needed confidence & incentive to Space agencies of other countries to enter into collaboration with the Indian Space Research Organisation [I.S.R.O].

As an outcome of this enhanced confidence for co-operation, foreign Space agencies have started making use of India's Satellite Launch Vehicle [S.L.V] technology, a platform developed & possessed by few countries of the world today, for launching their own satellites - a higly profitable service when performed for heavy, commercial payloads.

The following chart lists out all foreign satellites launched by I.S.R.O. till date, the latest being the LAPAN-A2 [Indonesia], NLS-14 (Ev9) [Canada] & 4 American LEMUR satellites, aboard the PSLV C-30 launch on the 28th of September 2015.

click on the images to view them in larger size 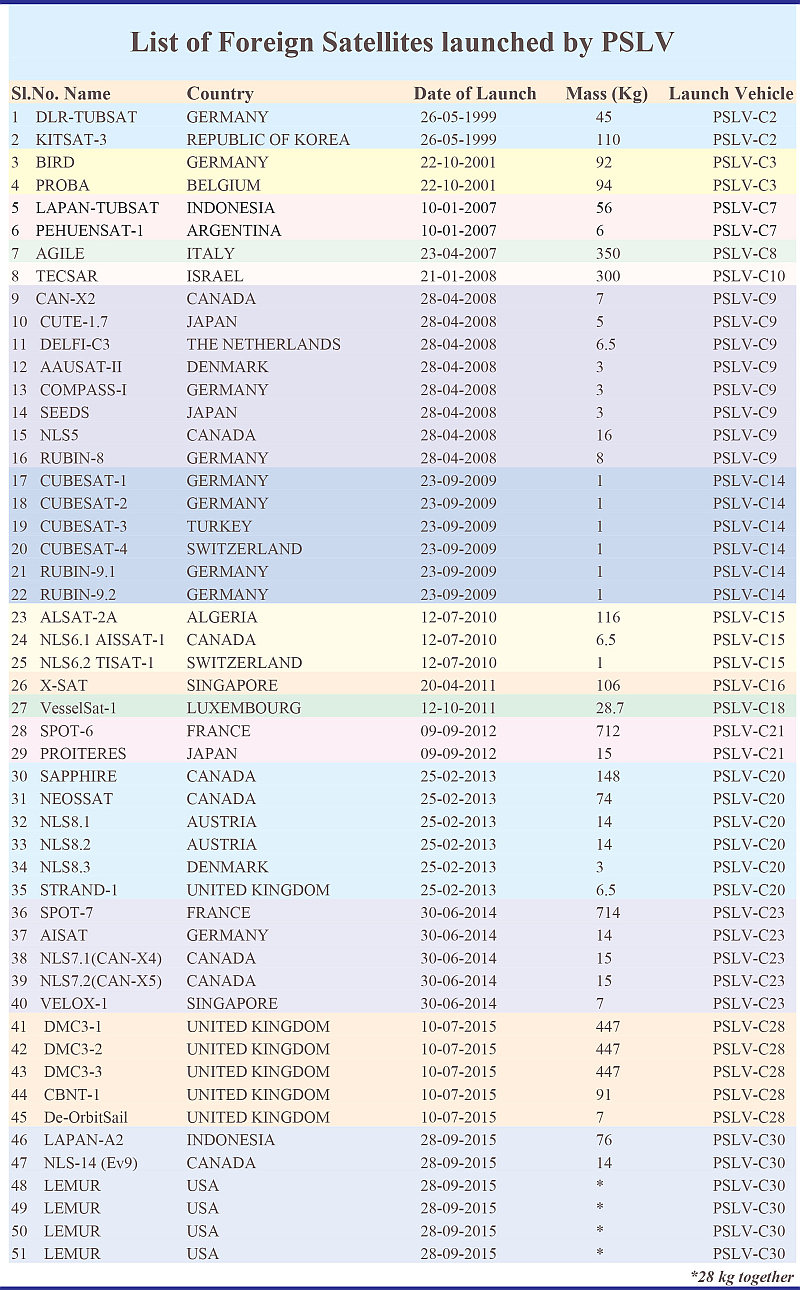 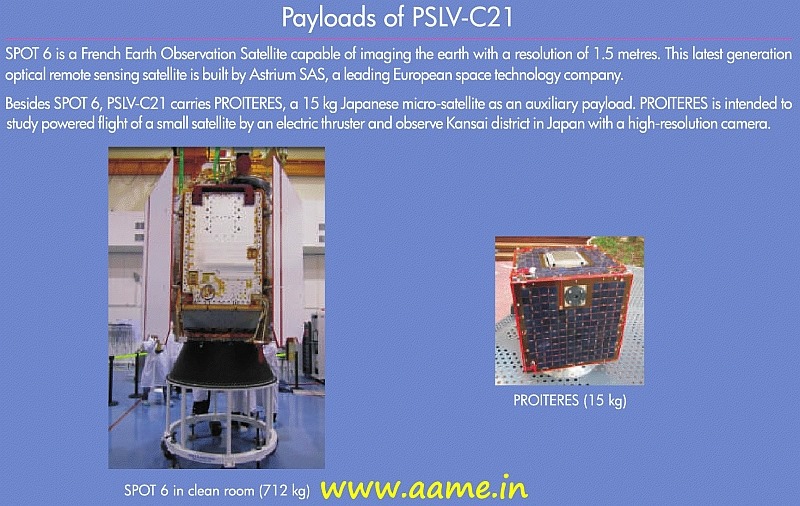 Besides these, ISRO has also launched satellites which it built, collaborating with Space Agencies of other countreis 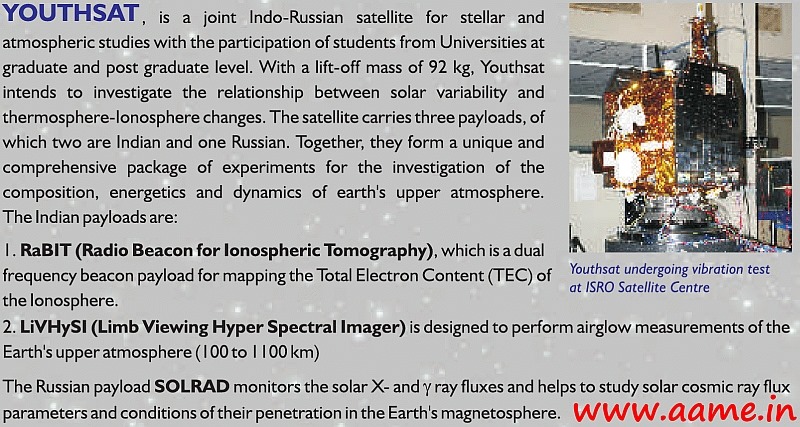 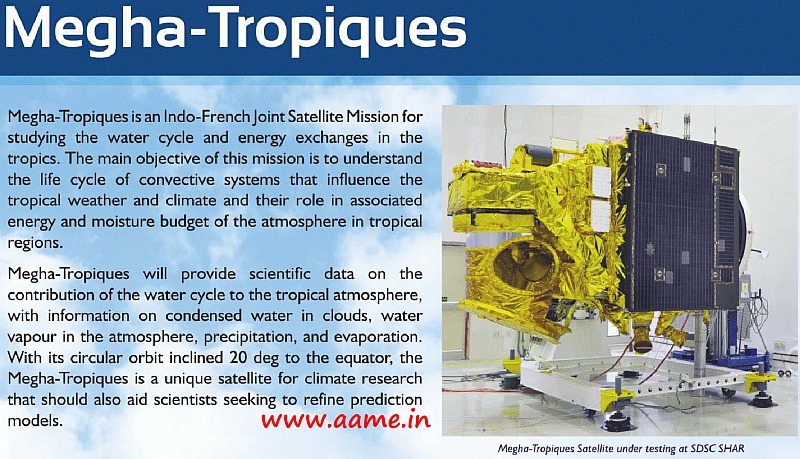 The Indian space agency has also taken the first tentative steps towards undertaking satellite building for other customers, and has completed two such satellite constructions as part of its collaborative venture with EADS Astrium.

As evident, the foreign satellites launched by ISRO, up until now have mostly been research-oriented & experimental in nature, of lighter weight1. This is because satellites used for commercial applications, like telecommunication & broadcasting normally weigh upwards of 2-2.5 tonnes [India's latest communication satellite GSAT-11 would weigh 4.5 tonnes] & need to be put in the Geosynchronous orbit. The workhorse of India's Satellite launch capability, the Polar Satellite Launch Vehicle [P.S.L.V.], on the other hand, can lift around 1.5 tonnes in its most powerful configuration, PSLV-XL, into the Geostationary Orbit, stretching the limits of its design capabilities. As a result, ISRO itself contracts the services of the Arianespace SA2 for putting into orbit India's heavy communication satellite. 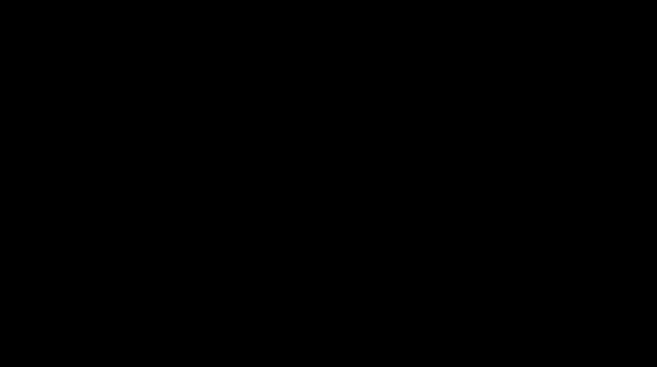 To address the limitations of the PSLV, ISRO is currently pursuing the development of the Geosynchronous Satellite Launch Vehicle [G.S.L.V] &, subsequently, a Mark III variant. Once completed, it would be in a position to launch all of its own satellites. After satisfactorily proving the platform through multiple successful launches3, it would, perhaps, be advantageously positioned to even offer the services of the GSLV to launch heavy communication satellites for other countries too - cost advantages likely to favor India, vis-à-vis current players.

Further down the line, India would seek to replace these Launch Vehicles, that can be used only for a single launch, with a Reusable Launch Vehicle, on lines of the now retired American Space Shuttle. It is estimated to further reduce launch costs for the organisation.
ISRO earned the country a revenue of around $20 Million USD in 2010 through its service offerings. Further development of the Space program & an increased portfolio of services to offer would further help generate revenue for the country.

2 - the roots of the French company Arianespace SA's satellite launcher lies in the research carried out & technology developed by the United Kingdom [U.K.] to develop its own Ballistic Missile post-World War, the Blue Streak Missile. However, the British program was terminated, & Britain, instead received the technology & components to make the Polaris Missiles from the United States of America [U.S.A] [WMD proliferation, anybody?]. It, then got into developing the multi-national Europa Satellite Launch Vehicle, where the Blue Streak performed the role of the 1st stage of the Rocket. However, financial contraints forced the U.K to withdraw from the project. The Europa, then evolved into the Ariane seriers of rockets, that now lift & put into orbit some of the heaviest satelltes built.

3 - the PSLV has demonstrated 19 consecutive successful launches, starting in 1994, up till now.
all illustrations courtesy: www.isro.org