Also keeps an eye out for what, & how much of it, is growing in the neighbouring Bangladesh & pakistan.

Speaking at the recent held Foundation Day function of the University of Agricultural Science [UAS], where he was the Chief Guest, the Chairman of ISRO took the opportunity to highlight how, starting in 1969, Space Technology is being harnessed to optimise India's agricultural & forestry efforts. India, presently, operates the world's largest network of Remote Sensing satellites, that find applications in calculating land under cultivation, wasteland monitoring & reduction, pest detection, among others. 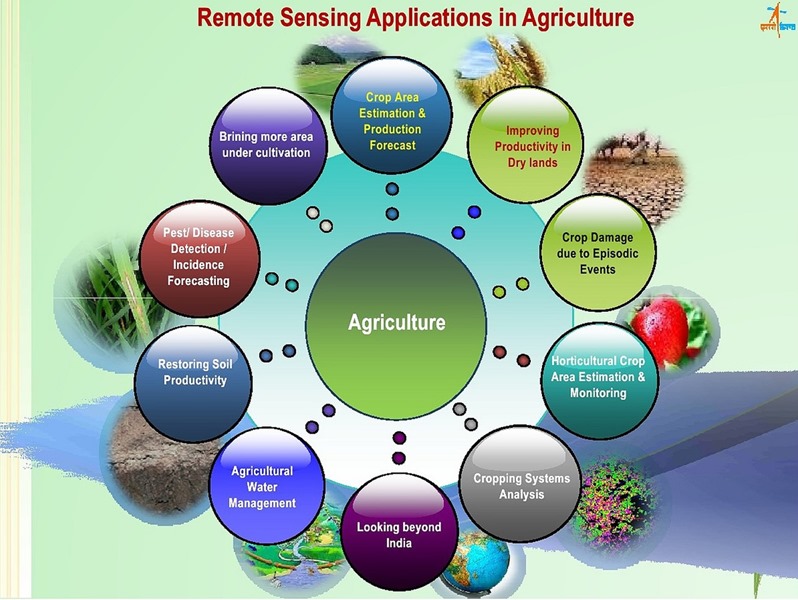 As large as the satellites network is, its data, as seen from the slides below, are also being used to analyse agricultural undertakings in other countries. For example, using the RISAT-1's data, it analyses land under Rice cultivation in South-East Asian countries, as well as Bangladesh, while in pakistan, it is keeping an eye on its wheat production. This is part of the multiple agricultural monitoring programmes, such as GEOGLAM & JECAM, that India is member of.