Recently while using a friend’s computer, I came across an image editing software that uses the Seam Carving technique to  resize images. Played around with it a bit and have now started getting some fairly decent results.

(Click on the thumbnail to see the actual picture)

Resizing a picture by normal methods would mean that all elements in the picture would get resized – either all enlarged or all shrunk. However using Seam Carving method you can specify which part of the picture you want resized and which part you want to remain untouched. 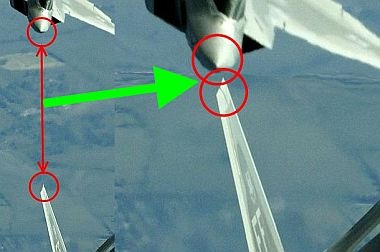 As can be seen while resizing, the aircrafts in the pictures have remained untouched. Only the space between the aircrafts was removed with the Seam Carving method.

This method proved to be especially helpful to in using some earlier unusable pictures as wallpapers.

(Click on the thumbnails to view the bigger picture)

There are a few terms you will have to deal with while applying this technique – Seams, Energy Lines, edges etc

Used Seam Carving GUI to apply Seam Carving to the pictures. Will try it in GIMP using the Liquid Rescale plugin later.

The October issue of IC-CHIP magazine also carries an article on Seam Carving. You might want to go though it if you living in India.

New comments are not allowed.