An inside look at Britain’s Aircraft Carrier program 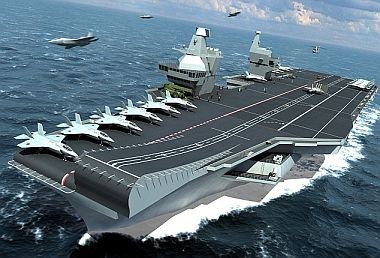 Every self-respecting Navy of the world is currently acquiring Carrier capabilities – India, France, China, Russia. India for its part has acquired the carrier Admiral Gorshkov [re-christened INS Vikramaditya] and will commence building of the second indigenous Carrier once the first carrier is completed. India by 2025 will be a Navy with three Carrier Groups – one for the Eastern Naval Command, one for the Western Naval command and the third would be sent for servicing and upgrades [usually takes around 1.5-2 years to complete].
Britain too has its Aircraft Carrier building program as part of which it plans to build two Aircraft Carriers - HMS Queen Elizabeth and HMS Prince Of Wales.
Of notable interest:
Read the full article:
The £4 billion Airfix Kit: Behind-the-scenes at Britain's biggest warships
Godspeed
http://www.shubhspace.com/2008/12/inside-look-at-britains-aircraft.html#links

New comments are not allowed.