click on the image to view the photograph in larger-size 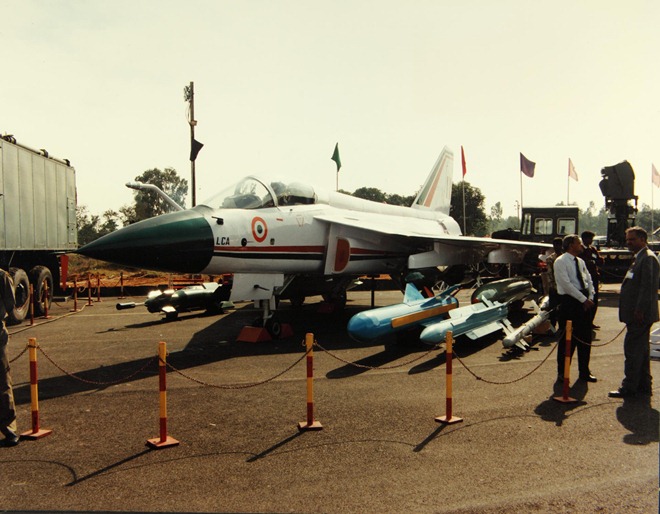 The paint job on the aircraft indicates that it is one of the Technology Demonstrator [TD] or Prototype Vehicle [PV] variants of the aircrafts. Thus, the pod is, in all likelihood, a dummy. Actually the aircraft itself has no tail number [KH-series] painted on it - unusual. Nevertheless, not many photographs showing the LCA with a mid-air refuelling probe, that would eventually be standard on the production aircraft.