Without IAF roundels these are, making the possibility of them being Surya Kiran unlikely, despite their bright colour scheme. Perhaps, some HAL milestone being commemorated. If these photographs were shot in 1989, the year marked HAL's Silver Jubilee [or if 1990, Golden Jubilee of its founding as Hindustan Aircraft Limited].

click on the image to view them in larger size 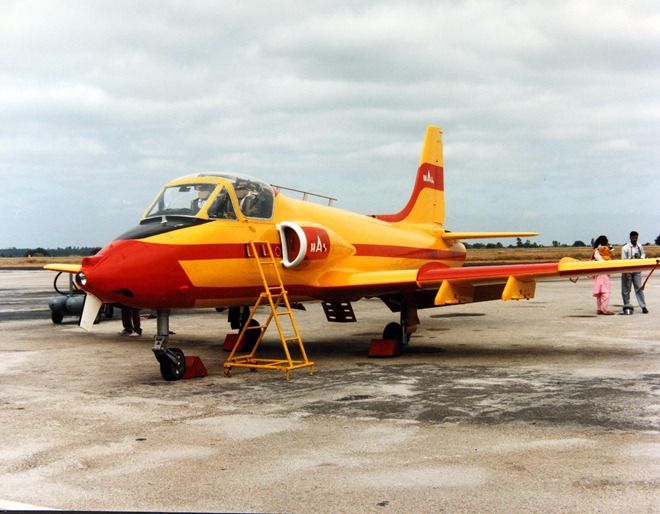 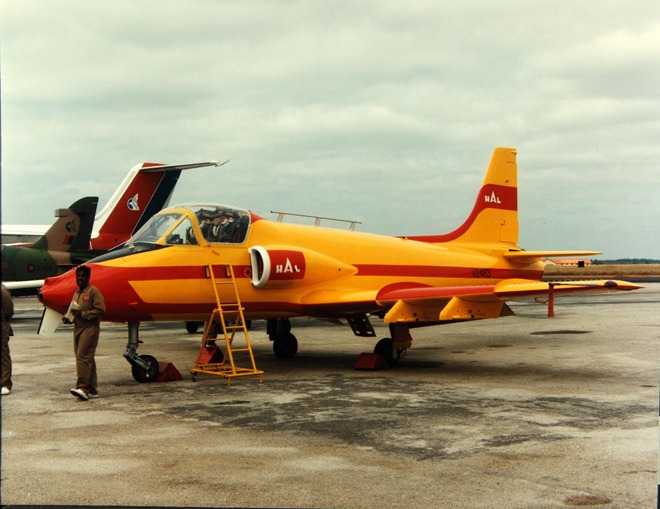 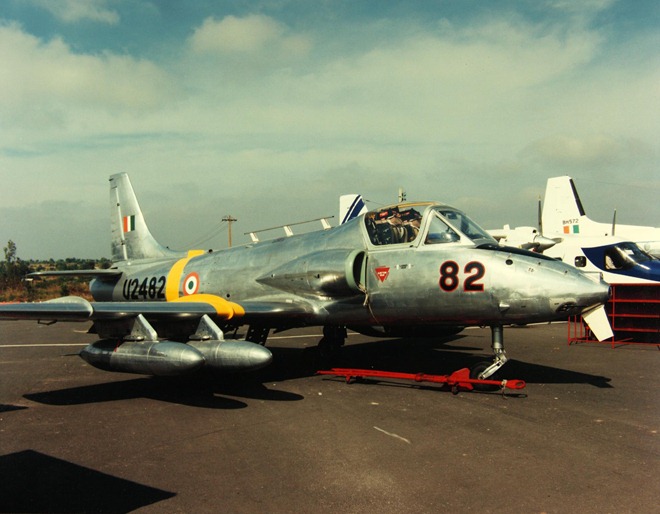 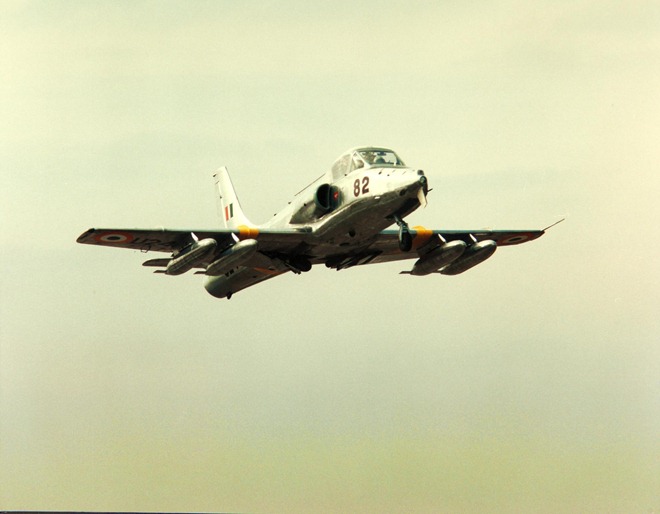 While we're at it, an Ajeet subsonic fighter aircraft, that was derived by further development of the Folland Gnat aircraft [also known as the Sabre slayer], which it was being license manufactured by HAL. Unsure if other Ajeets were similarly painted in blue, as standard paint job. Never came across other instances of such Ajeets. 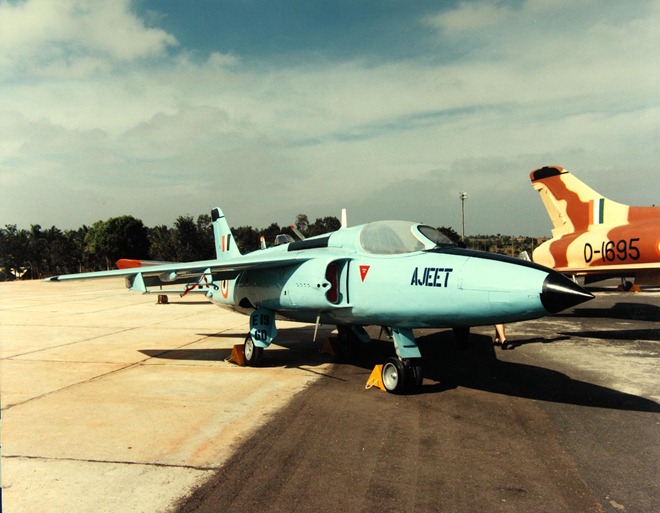