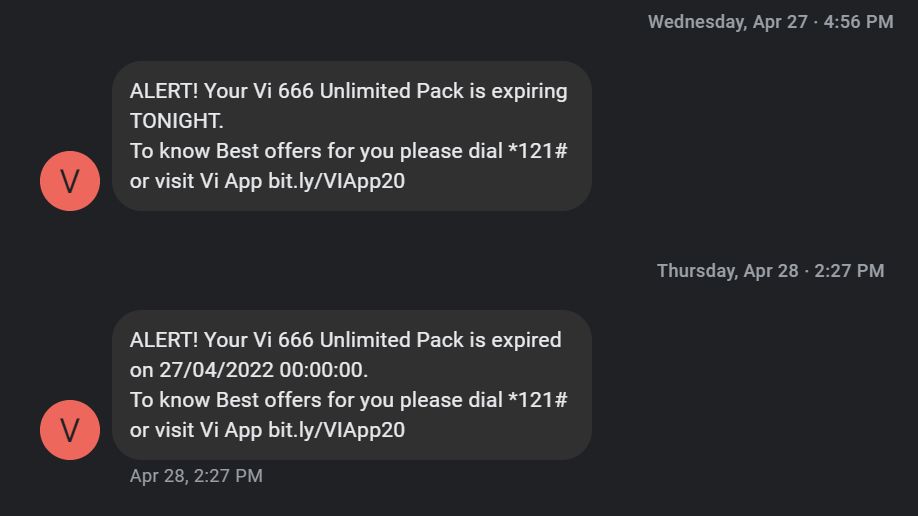 Had an encounter with my cellular service provider. Validity of the voice & data plan in my Vi SIM Card had recently expired. So, I logged in to their App to create a new talktime bundle. Selected a suitable pack & proceeded to checkout. I had a pre-existing balance of more than ₹1,000/= in the account. Normally, I should be able to pay for the new plan using that balance amount.

In the App, however, Vi provides no option to convert your balance into a talk-time bundle. One has to pay additional money. The amount already in account would remain unused. Other option, use that balance, without a voice-data plan, at a very high burn rate. Unjust.

Tweeted the matter, tagging all relevant entities. Vi confirmed that I could not use my existing balance amount.

After a few weeks, I received a call from Vi's Customer Support executive. She explained that I would need to use USSD codes if I wanted to pay using the existing balance. After learning about my requirement, she shared the following code, I needed to use.

Code entered & sent, I immediately had a new voice & data plan activated. Did not have to pay any additional amount as it debited from the Rs. 1,000/= I already had. 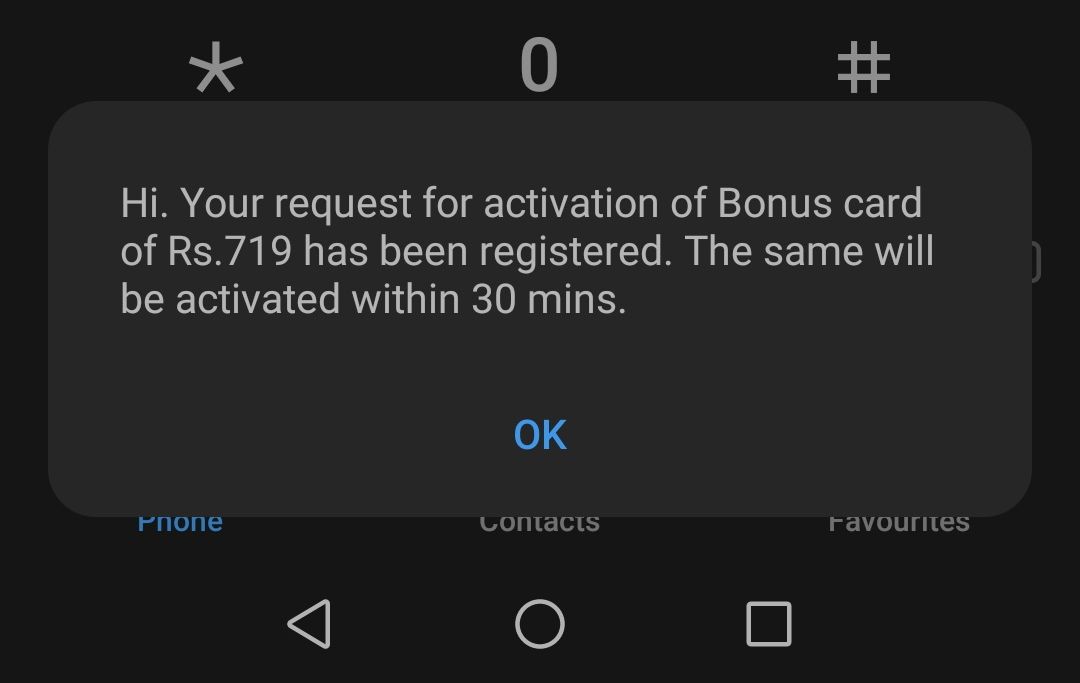 The value of the plan is Rs. 719/=. For the next 84 days, it allows me to make unlimited voice calls, send 100 SMS a day & consume 1.5 GB of data each day for the Internet. Adequate. Issue took around 2 week to resolve. Interestingly, the Twitter handle of the Department of Telecommunications, Govt. of India, took an active part in the communications. Pleasantly surprised.

*199# & *444# are the gates to enter the Vi's USSD sinkhole. This Quora post shines some light on this boondoggle.

Can't wrap my head around the fact that in this day & age, 1 still has no other way but to resort to USSD codes to get work done. Feature phones could benefit from this, though.

Vi's conduct, though, has been sneaky & exploitative, hiding behind the veil of archaic USSD functionality. It needs no elaboration that users must be able to to pay, as deemed convenient, from within the App itself. Not knowing better, one would end up paying extra.

Increasingly, I am using Twitter as customer complaint platform, to satisfactory outcomes. Another encounter, this time with HDFC, got acted upon only after I tweeted. In the email correspondence that they subsequently initiated, they mentioned 'Twitter' in the subject line. This, despite having contacted them directly earlier, by email. It was only after they did not respond to the email, that I tweeted, which set the ball rolling.

The visible nature of the platform is prompting organisations to take timely cognisance of issues raised on it, so as to not let organisational perceptions sour publicly.

I am also having an ongoing encounter with SBI on Twitter. The experience of my interaction with their personnel staffing their physical branch has been unsatisfactory.

Shall summarise that encounter here, once it's resolved.

Also Read: Vi Signed You Up For Bcafe Portal VAS & Deducted Money? You Can Get It Back