Of Rwanda, It's Greenery, Visit To Lake Kivu & Almost Getting Shot 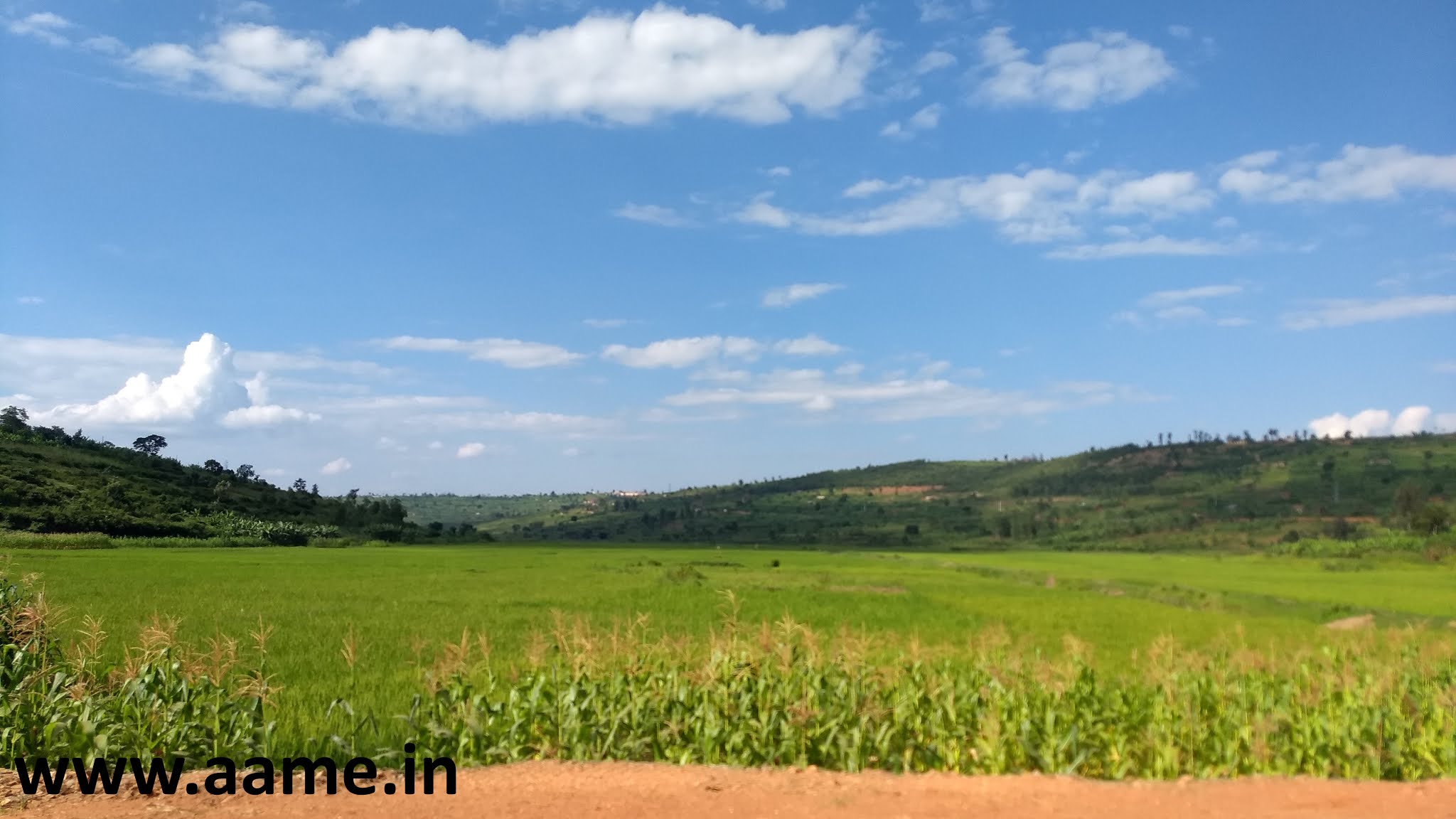 Rwanda is like a "European Country", was how the mostly desk-bound Project Management team described the place, during the kick-off meeting. Stifling a chuckle, I proceeded there, about which the only prior knowledge had come through the movie. The fact that India, in early 2018, did not have a Consulate there, only heightened the sense of experiencing new unknowns.

Europe it is not, though plenty of European NGO-types have set up shop there, but the scenic beauty of that country is something. The mild, high-altitude temperate climate was a definite welcome change from the hot and humid, coastal environs of earlier projects. 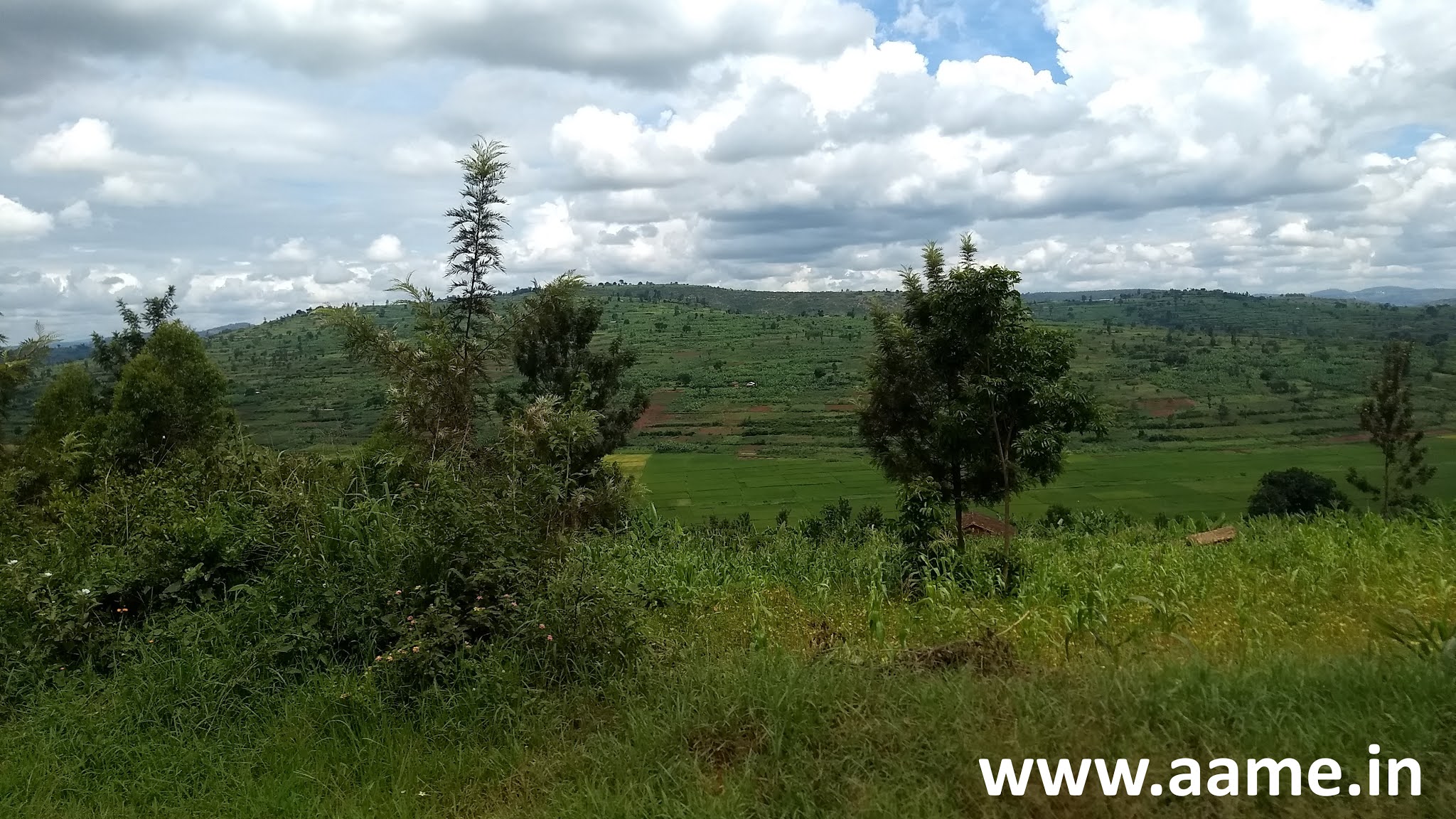 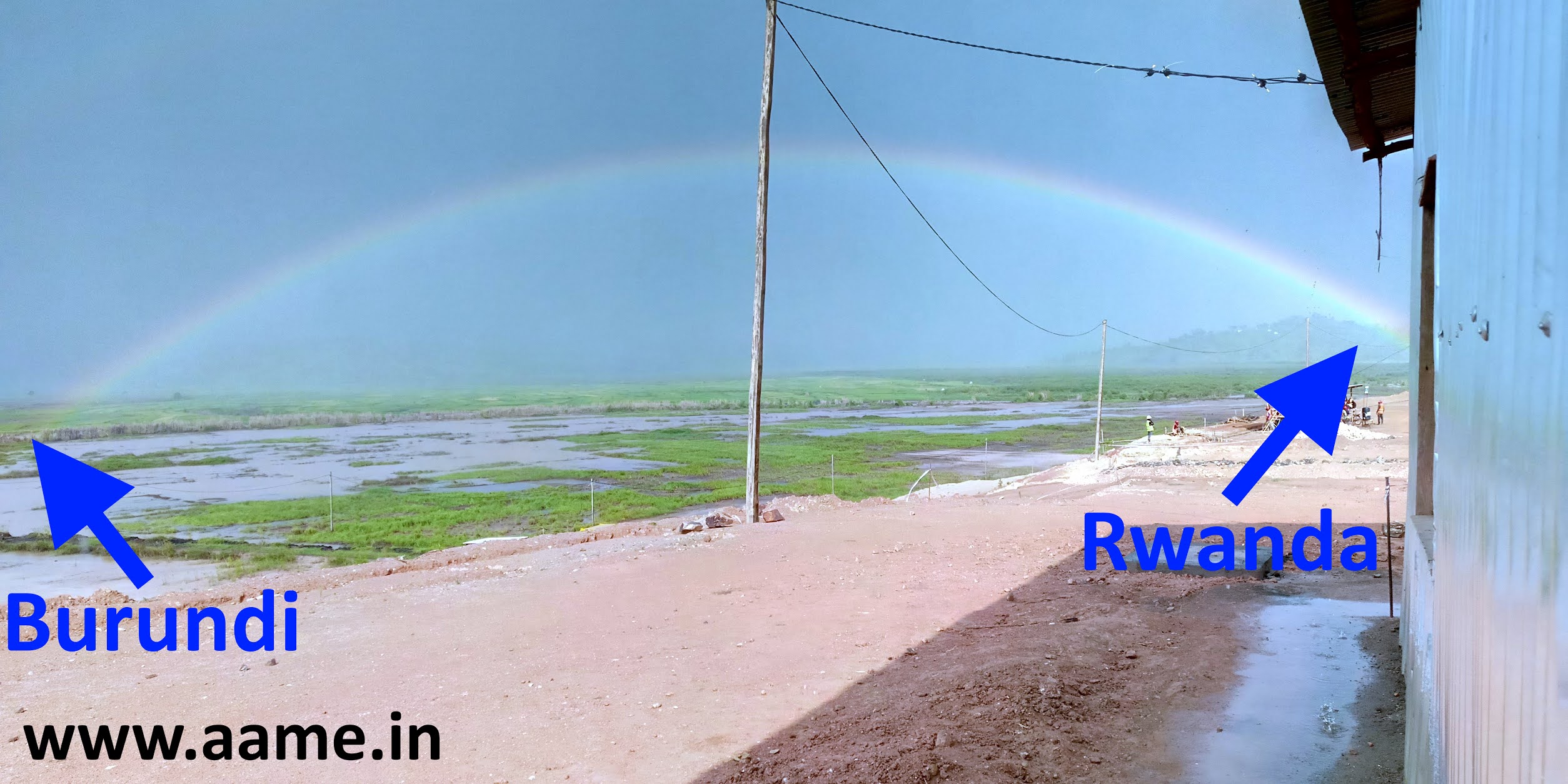 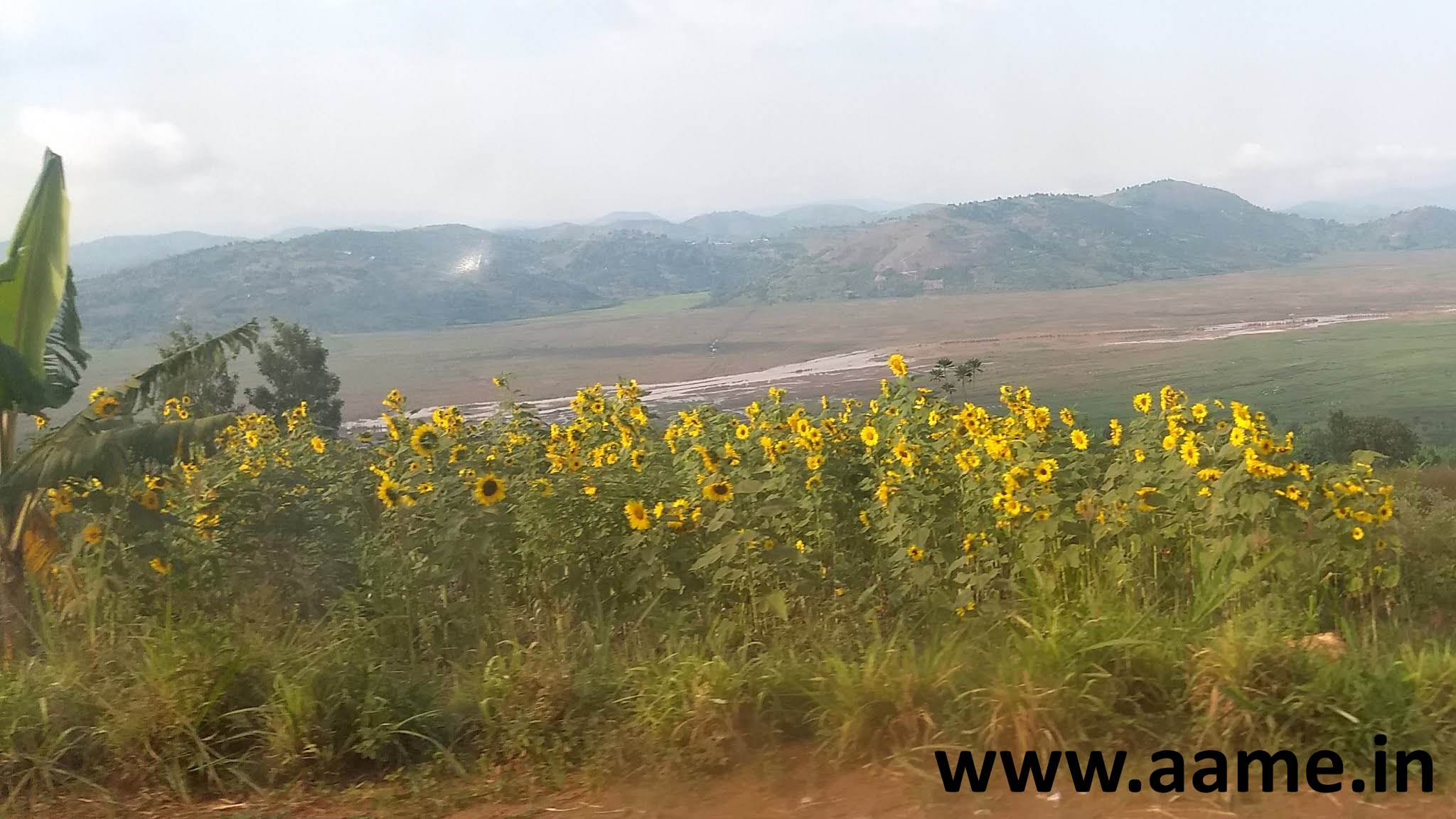 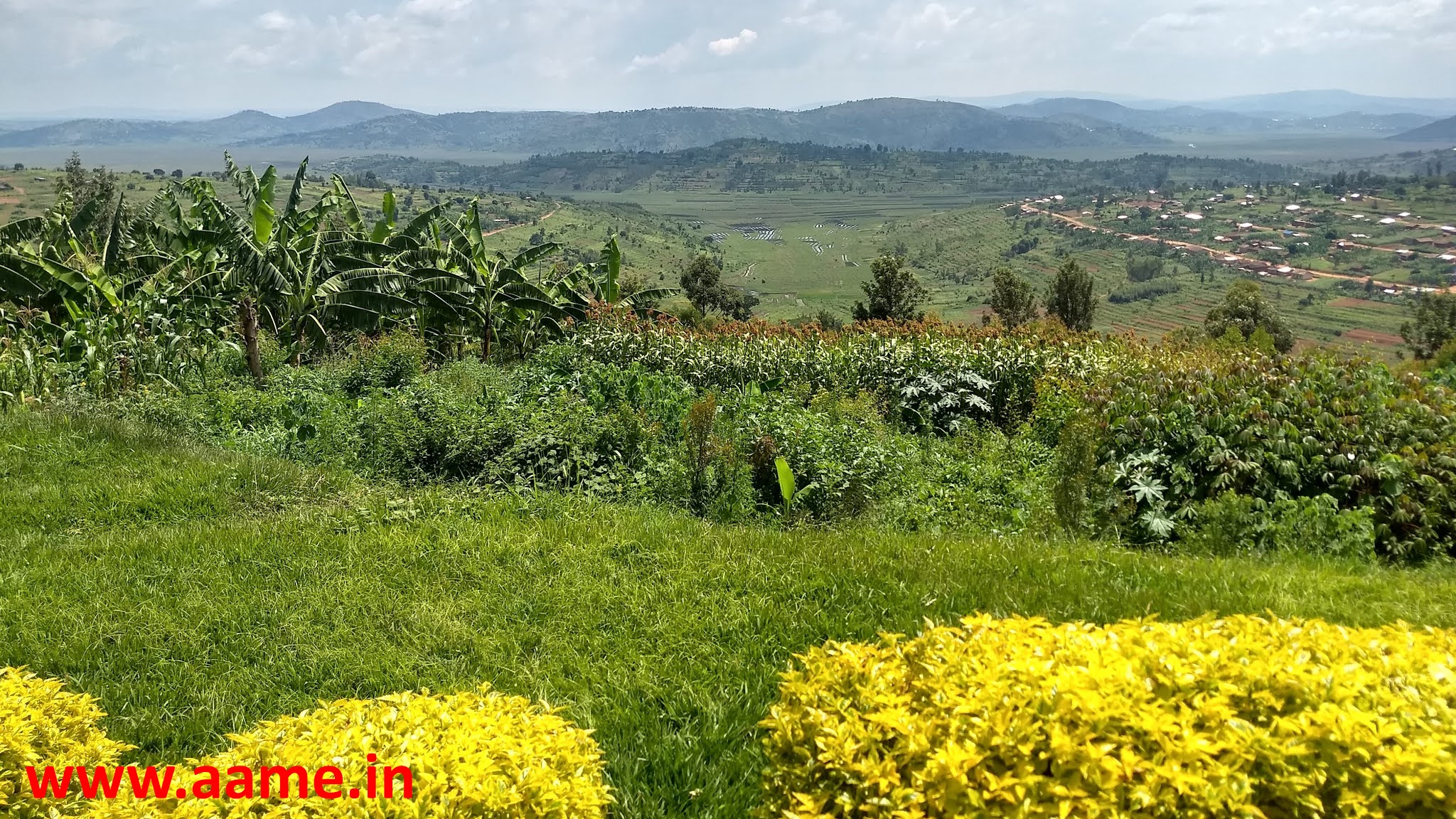 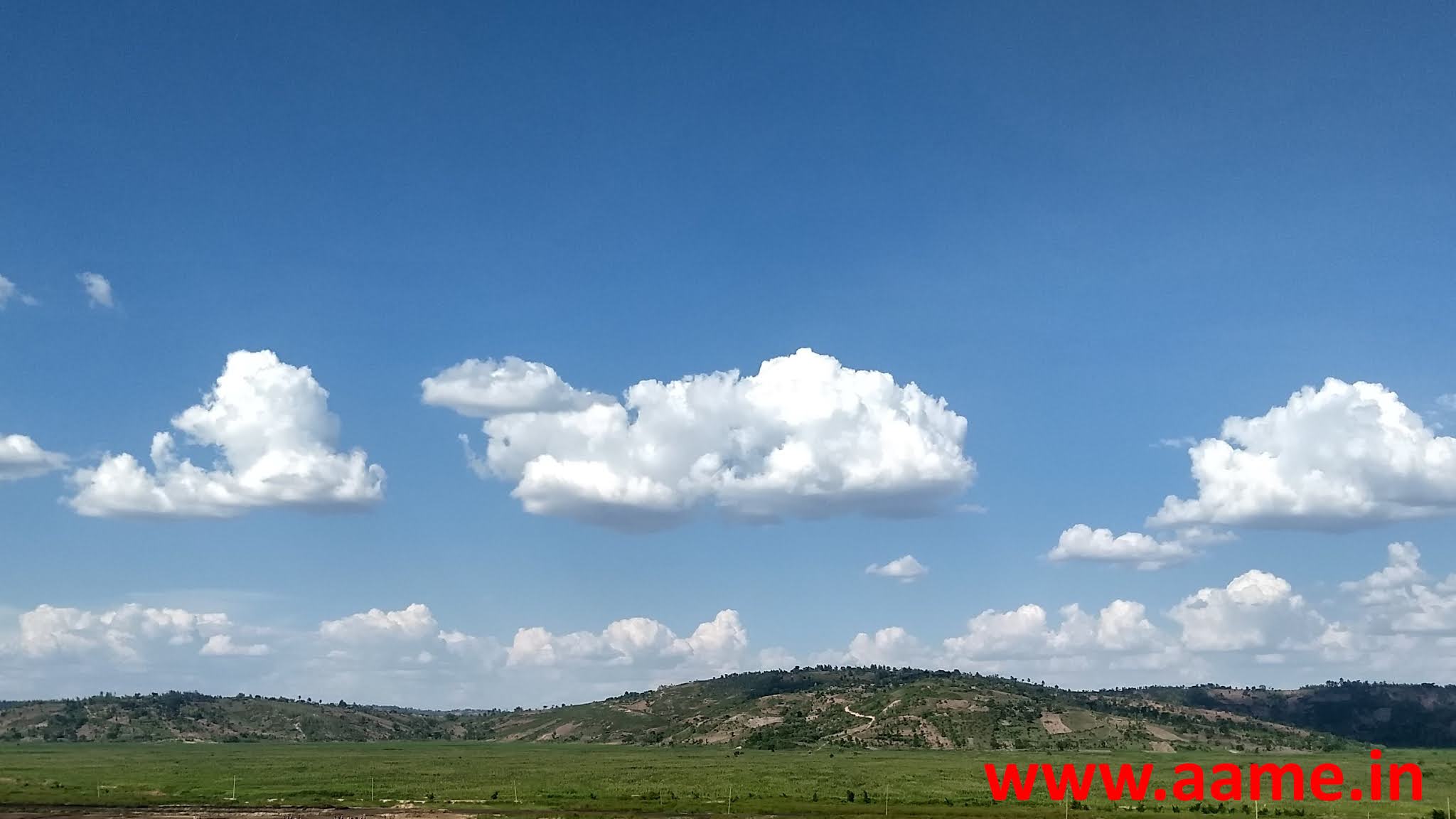 Untouched by the ill-effects of modernity, the pristine blue skies visible over the country calmly soothes the senses like a balm. Couple that with the virginal, lush greenery of it's countryside & it is not very hard to imagine why the "Europe" analogy. The landscape could pass off as something photographed there. 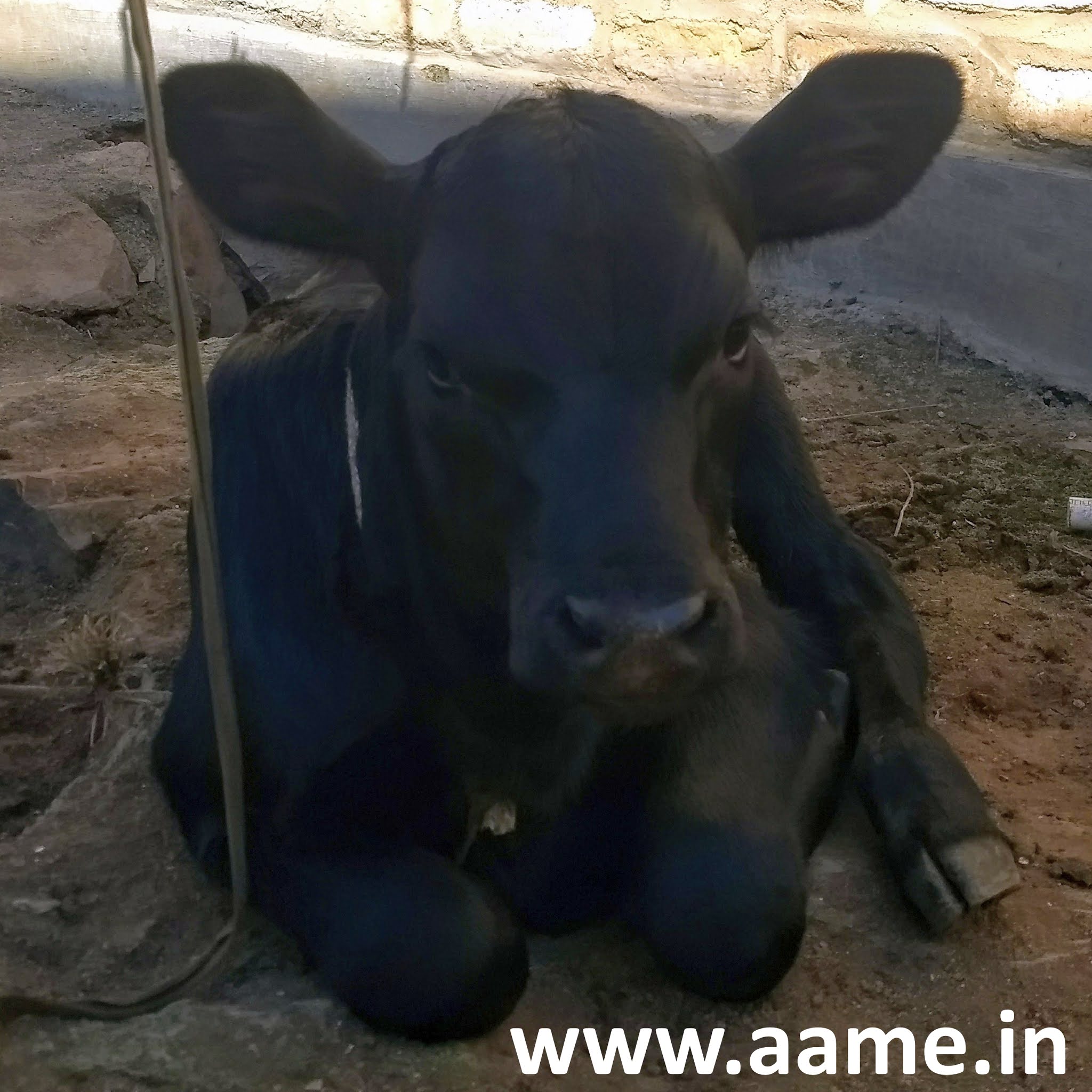 Rwanda has, within it's borders, part of the Lake Kivu, that it shares with the Democratic Republic of Congo [DRC]. A full day off on Labour Day meant we could plan a trip there. Leaving our village, located on Rwanda-Burundi border,  at 6:00 AM, we reached the place a little after Noon.

The lake, amongst the largest on the Continent has, within it, a number of islands. We hired few boats & headed out to explore all that we could in the few hours available. The scenery on offer was mesmerising, to say the least. 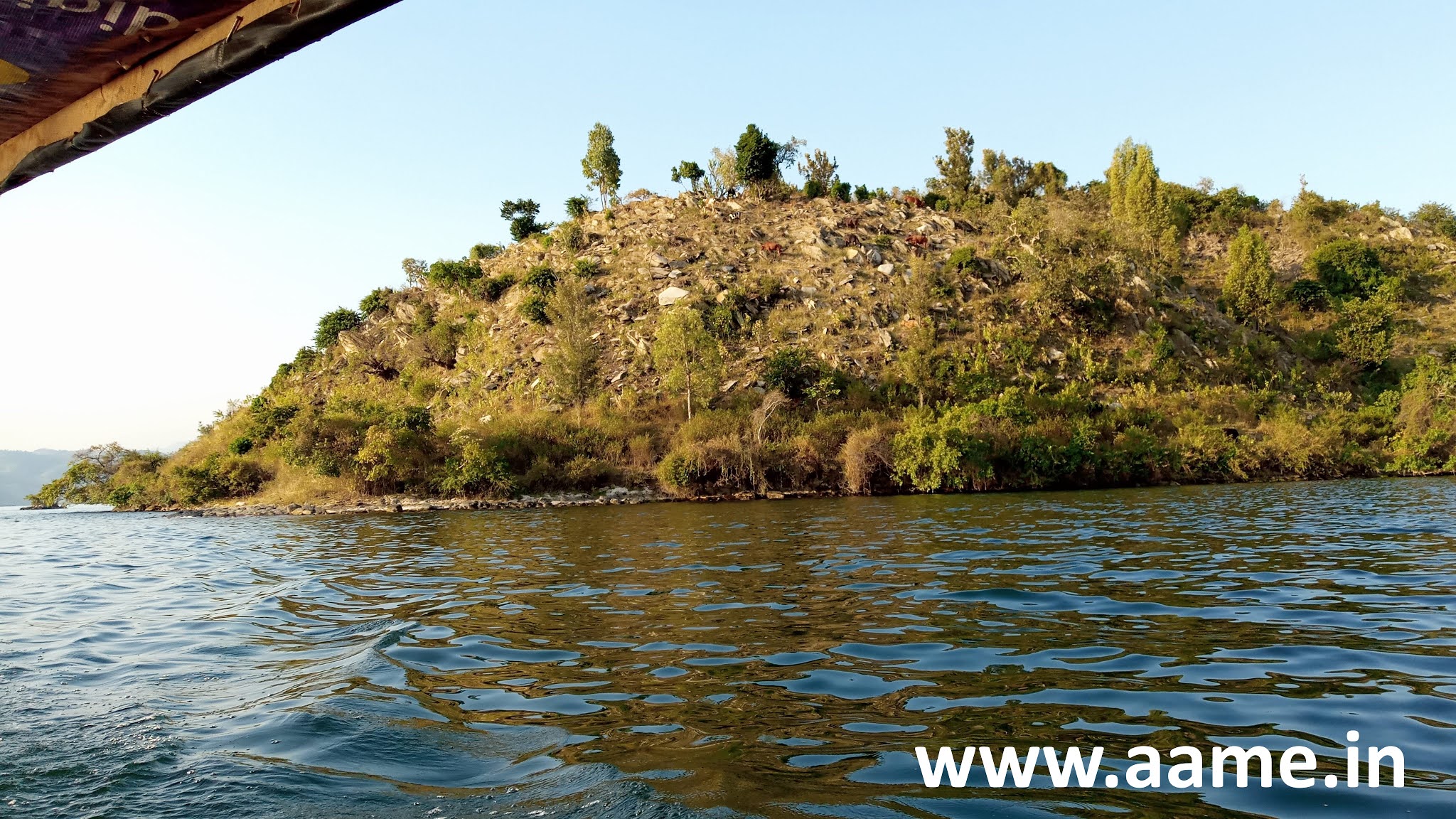 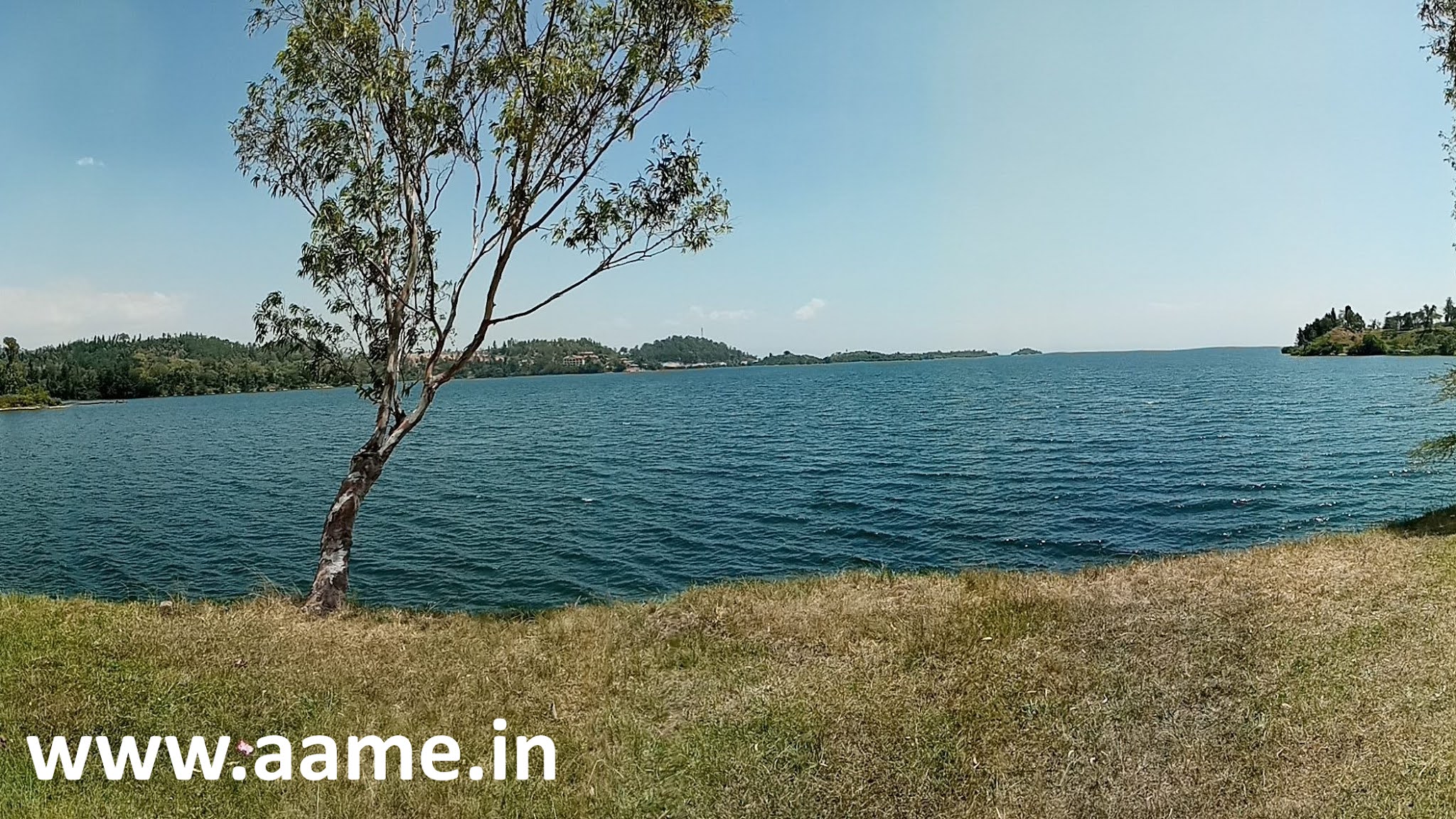 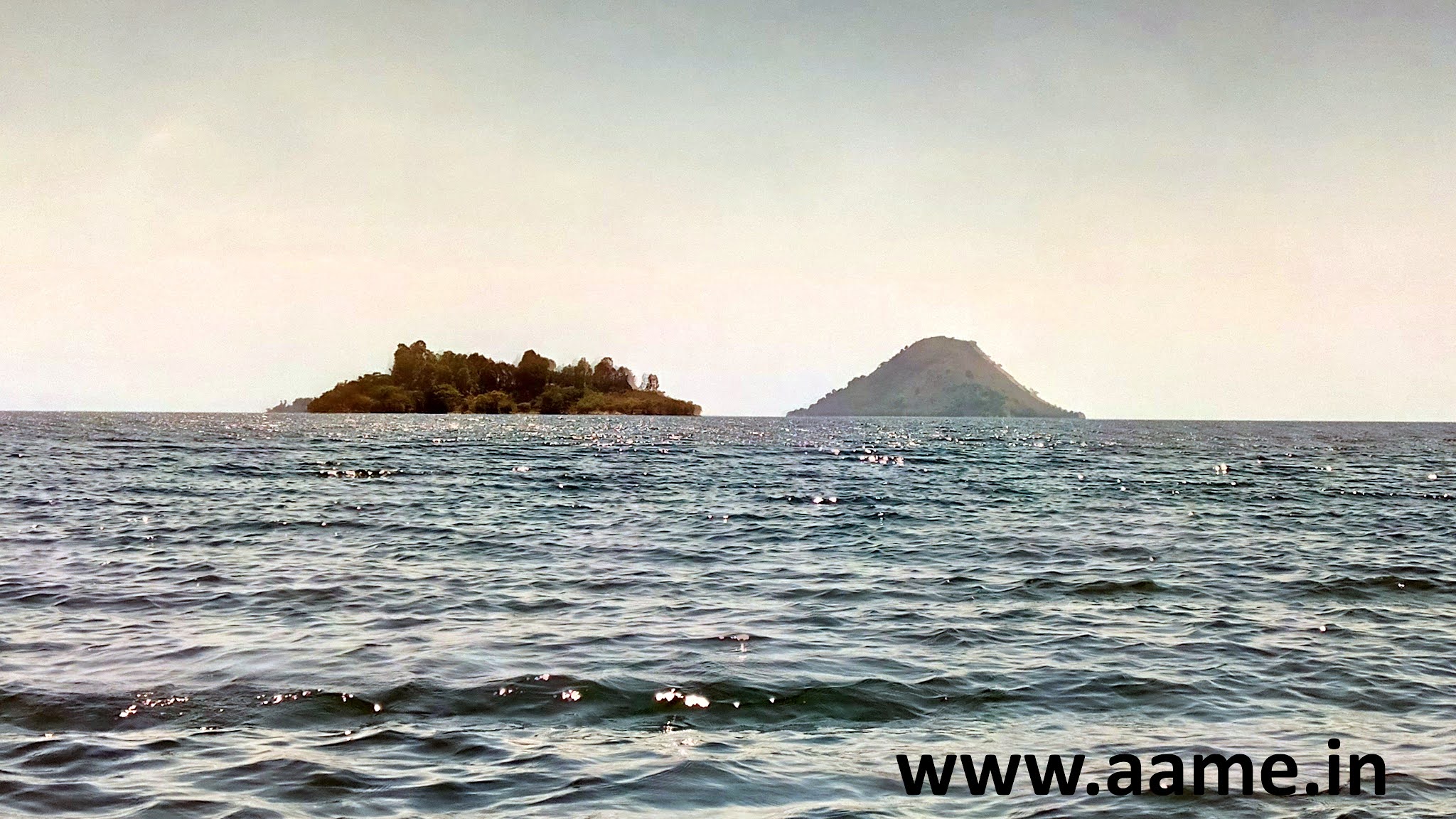 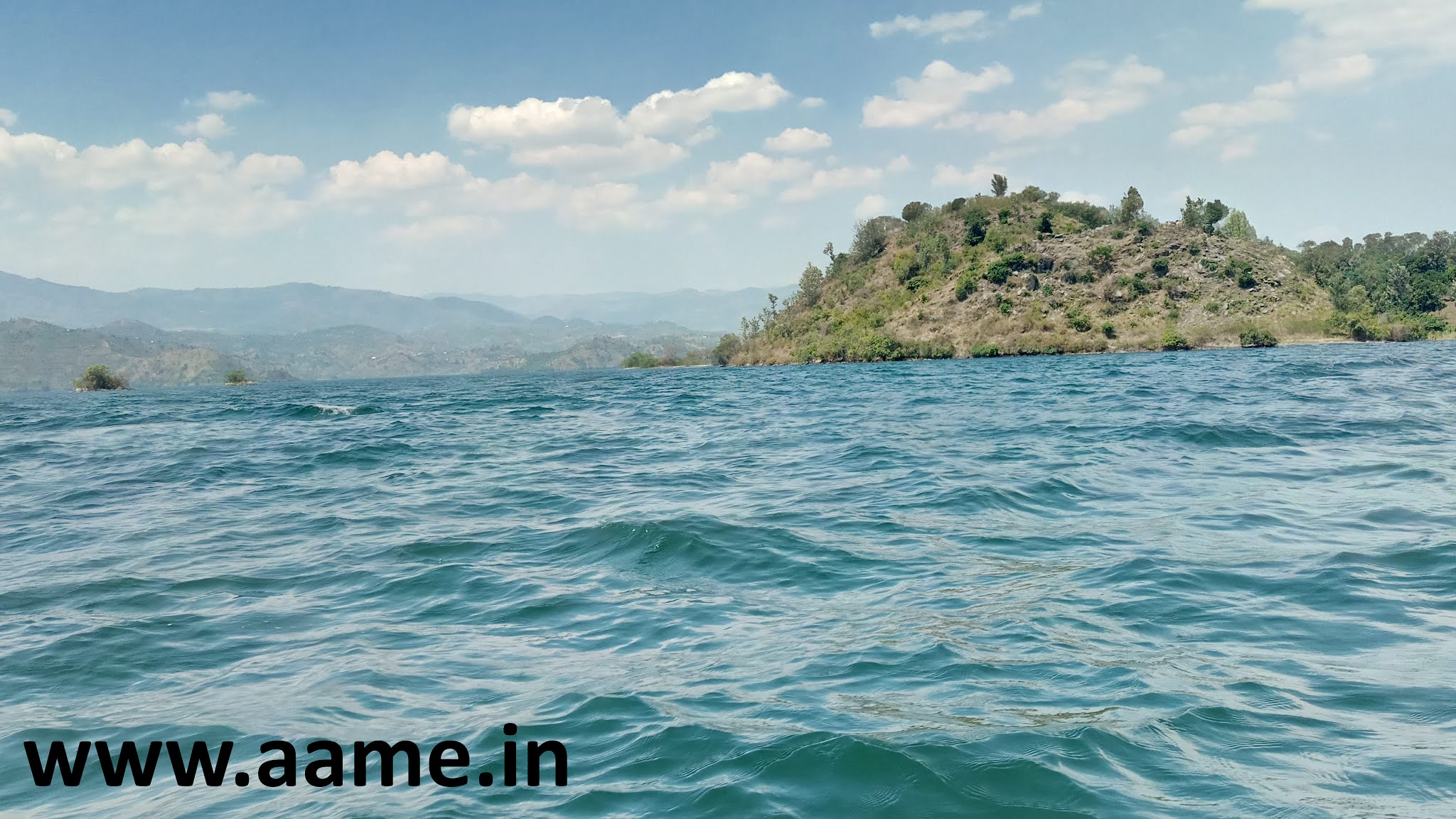 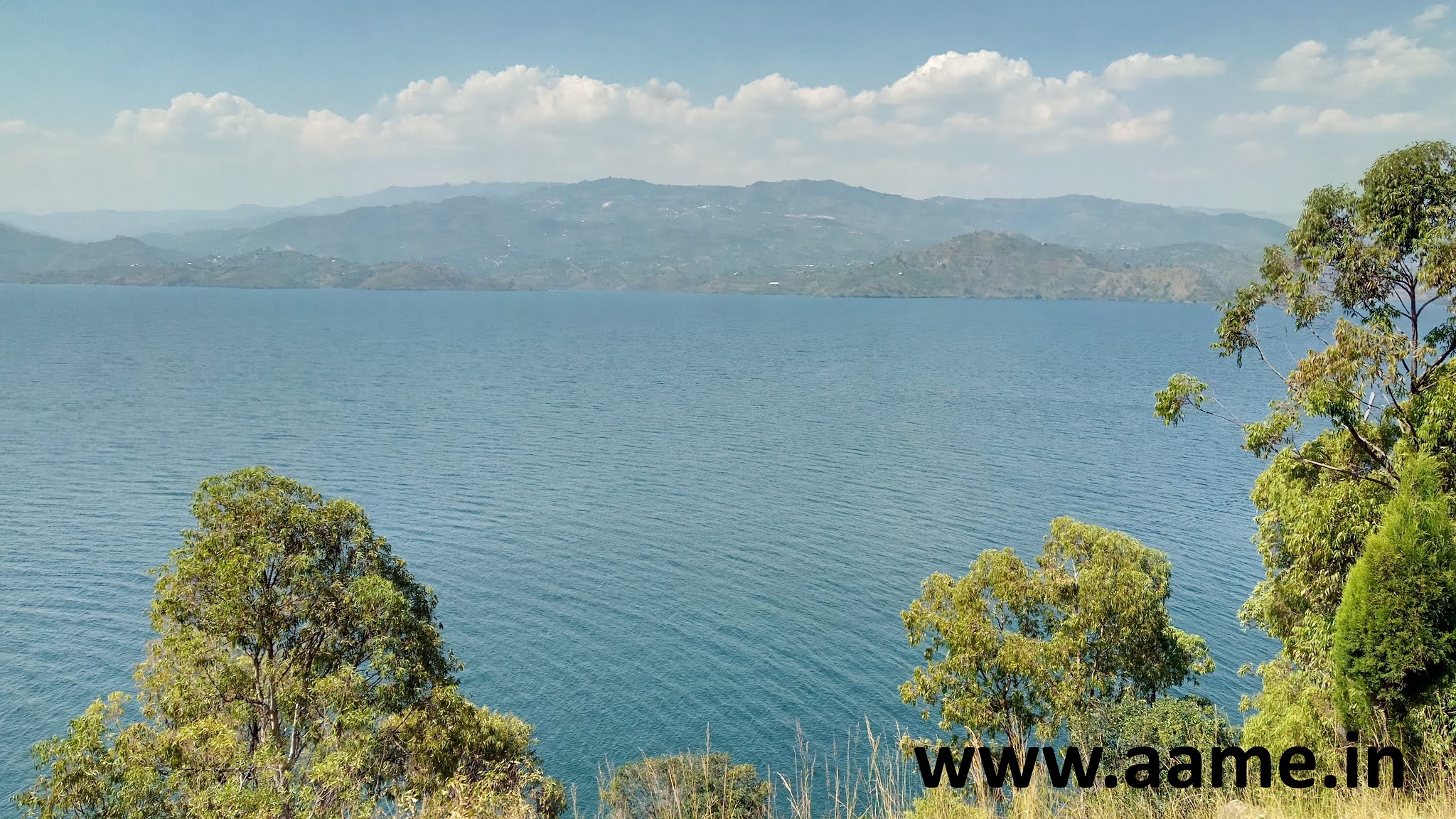 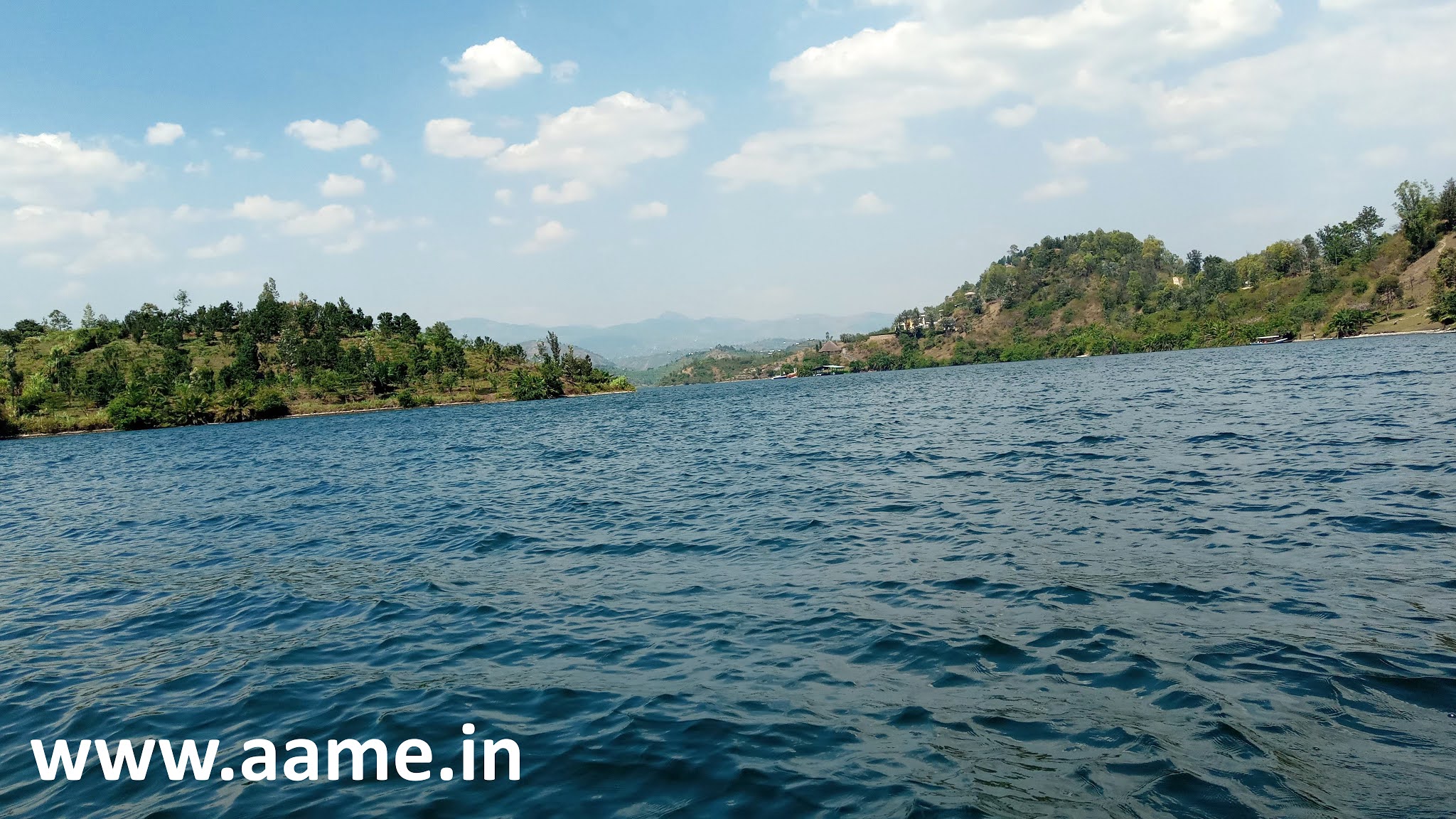 The Europeans leave no opportunity to indulge in sunbathing & Kivu's spread out, isolated islands, with bright mellow sunshine beaming over them, is a perfect place for it. As it so happened, one of the islands, where we moored our boats, had such a group. It must be mentioned that, working on projects, located in some of the remotest locations, attiring oneself pretty much reduces to wearing the same, few set of clothes over the period of stay - a wear-wash, wear-wash cycle. So, any opportunity to break the chain of unthinking dressing leads many to go overboard. This resulted in many dressing themselves in a manner that would probably have made a Royal, in ceremonial attire, feel under-dressed. Quite a spectacle, it resulted in. 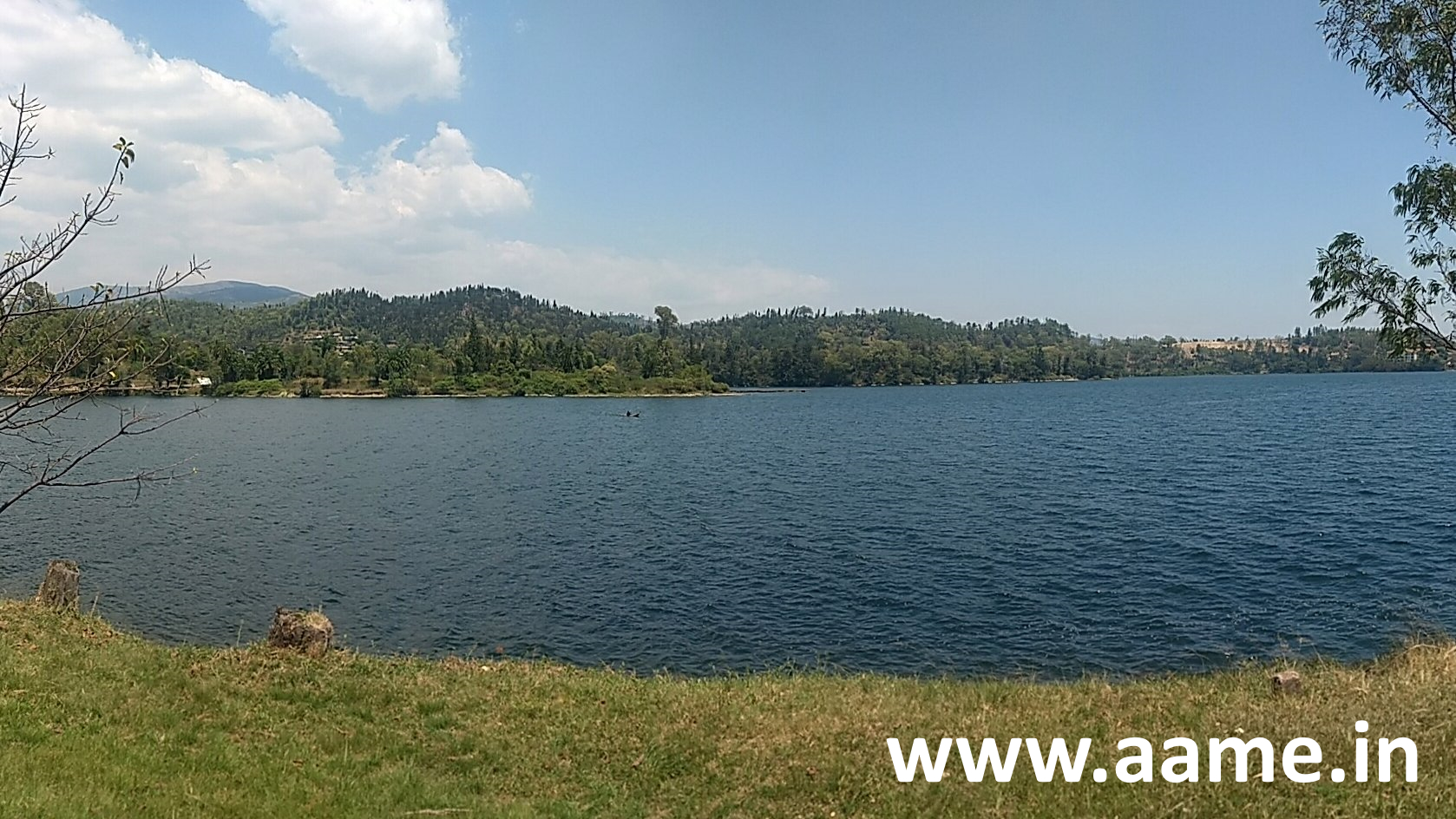 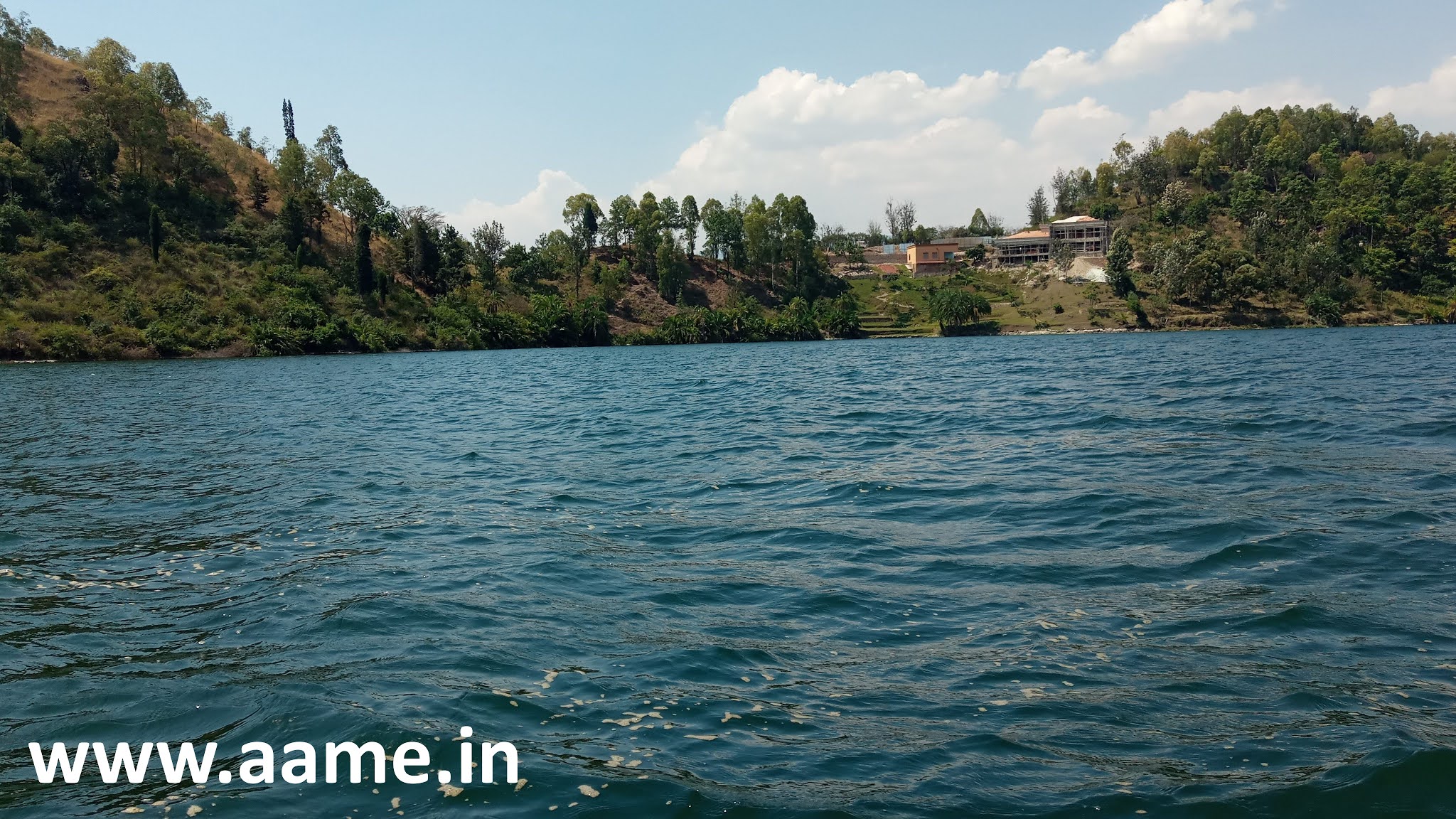 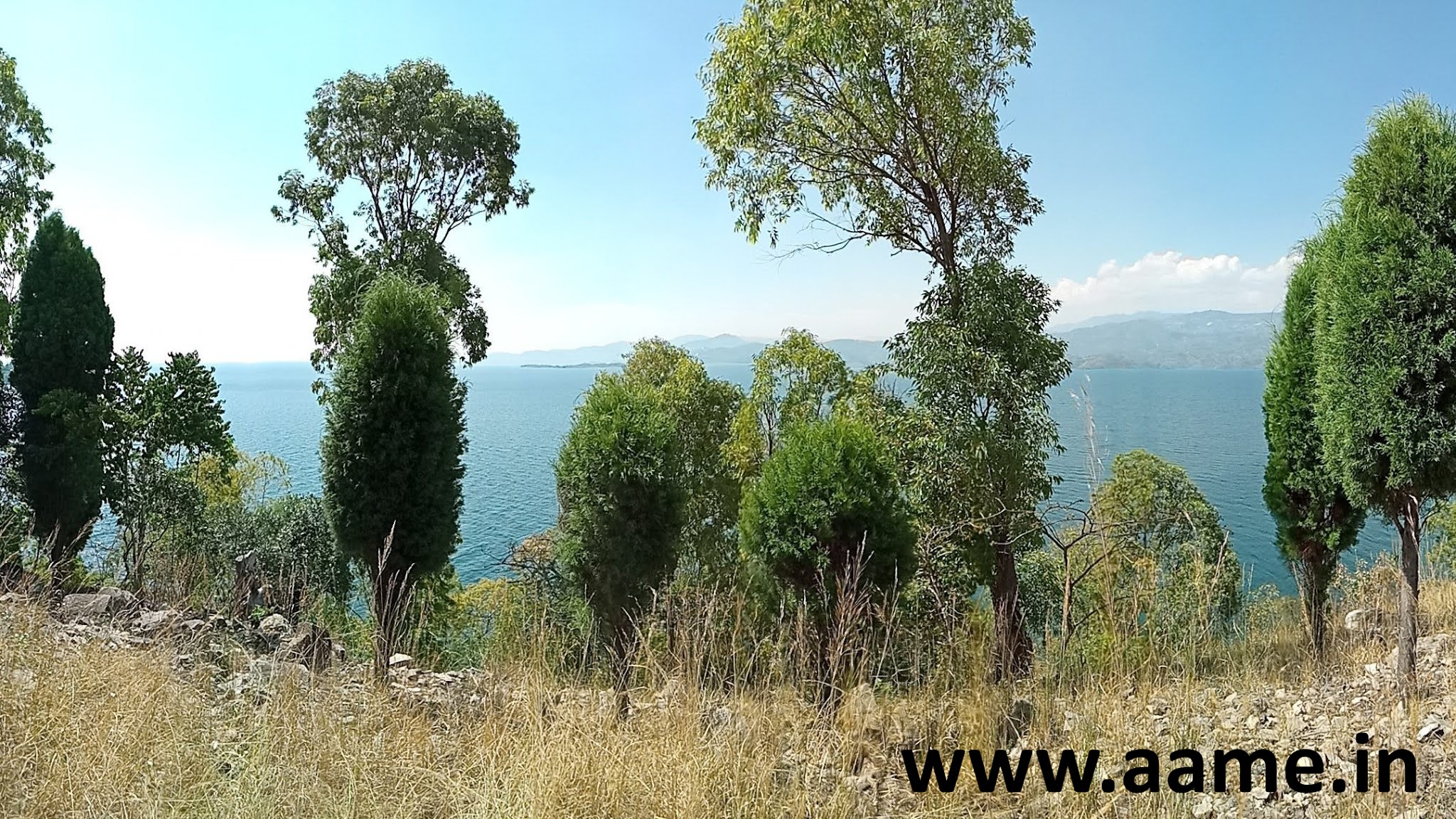 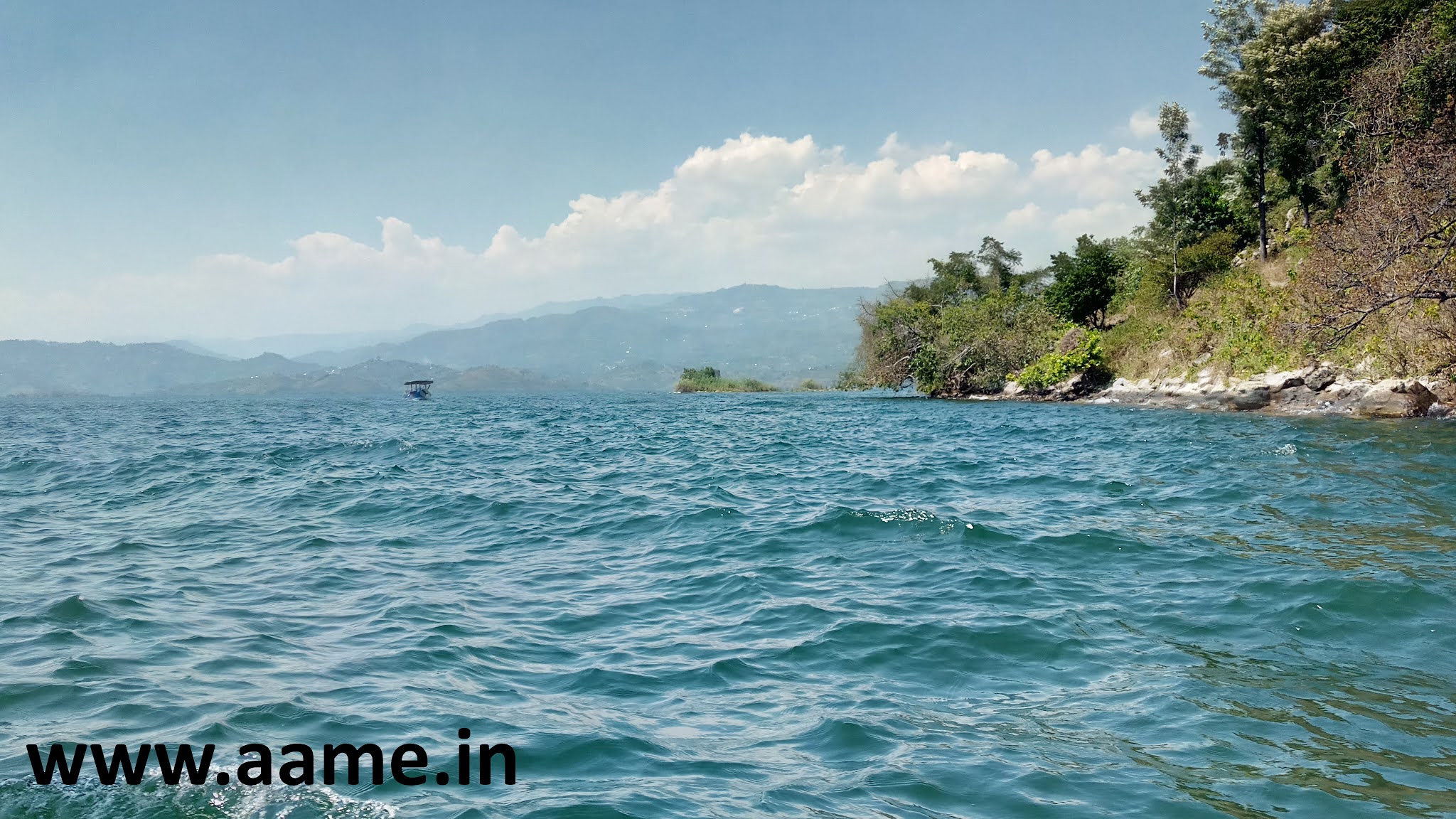 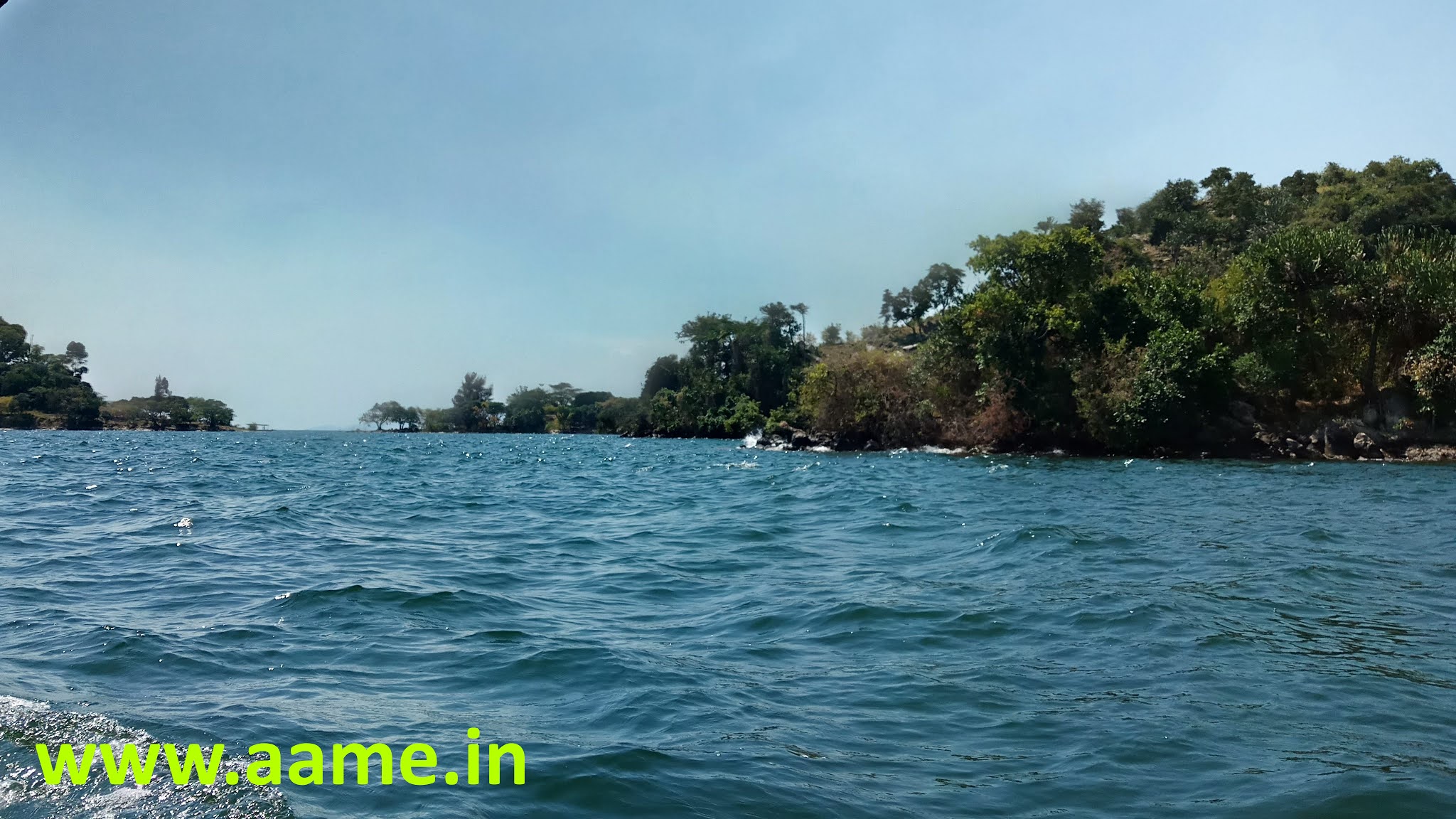 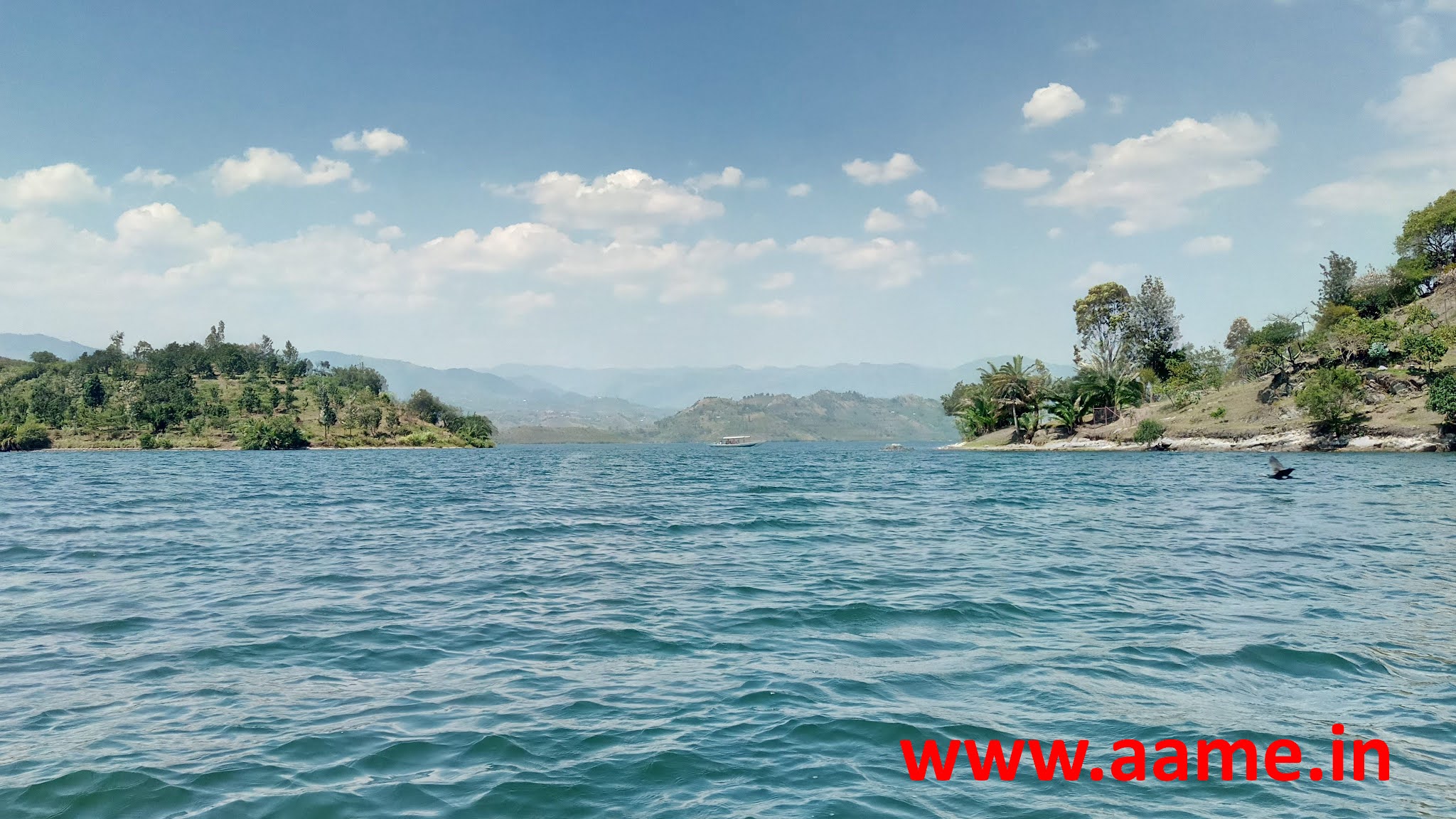 A visit to the Lake must include an overnight halt there. In our case, we spent almost 7 hours to reach the place. Got to spend 3-4 hours there, of which an hour was wasted getting things in order. This left us no more than 2-odd hours to explore the islands. Within that time, we moored our boats on the second island we reached, caught lunch, prepared lunch, had lunch, cleaned lunch area, before returning to main land. We, then, hit the road back to our village, ready to resume action the next day. A potent mix of fatigue & alcohol intake all day long, meant everybody had knocked off in the bus on the way back. Nevertheless, we could now say we had visited a major tourist attraction of that country. A proper, leisurely visit would require having 2-3 days in hand. 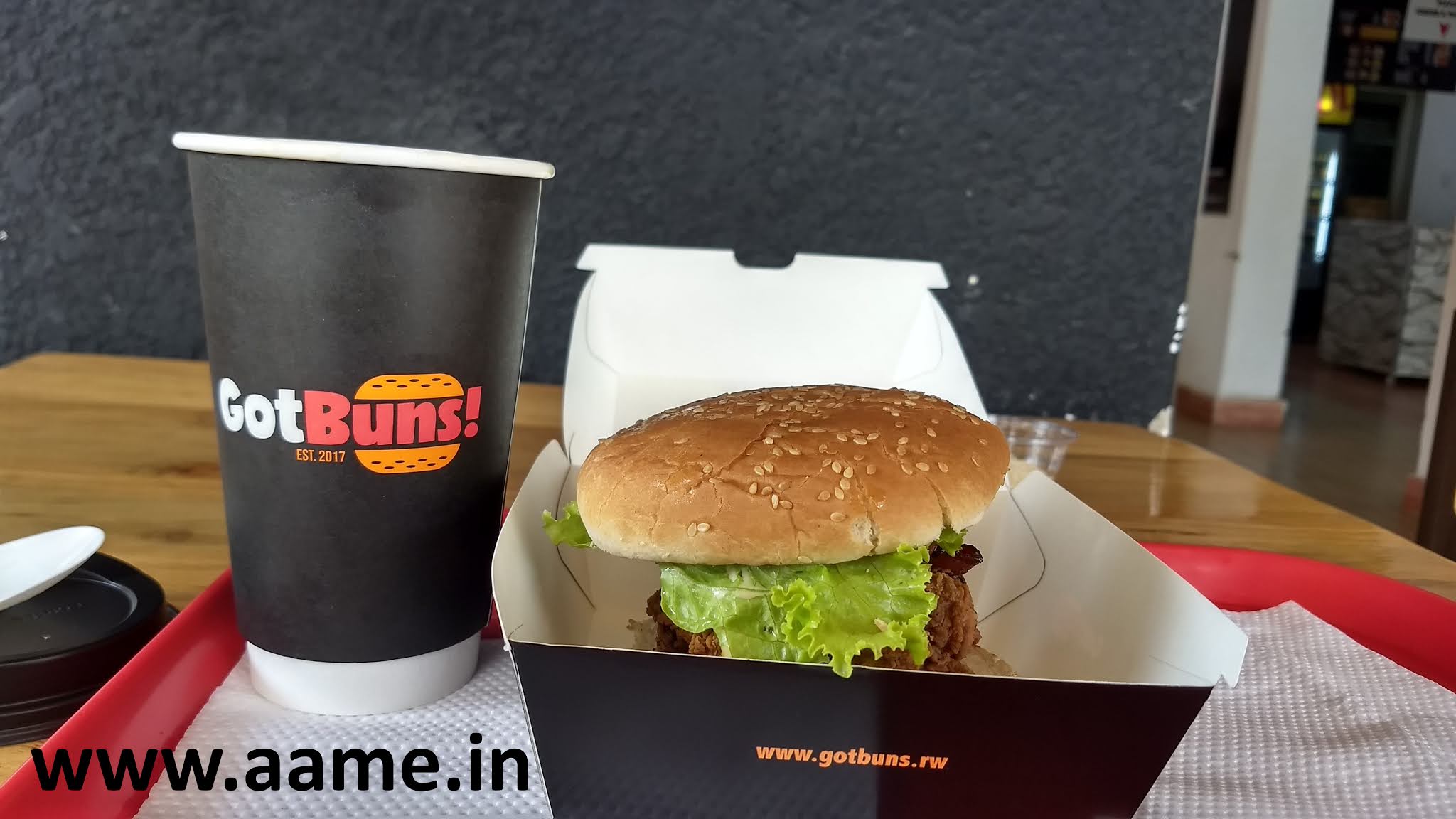 A desire to have a burger could have almost got me shot in Kigali. Not having had junk food for many months, the craving became too much of an issue. Once, on a visit to the capital, I got down at this eatery. We agreed that the driver would come & pick me up from the Main Road there. So, after satiating myself, I called up the driver. Went & stood on the Main road. As it so happened, unknown to me then, that place was right opposite the Presidential Residence, & his entourage was about to emerge out from the gates at that time. The guard manning the Sentry post was, what appeared to me, waving at me. Knowing the people on that continent be be a friendly bunch, I waved back. A few minutes later, another guard came out & shouted out, asking me my business there, in English. Upon my reply, he asked me to move away. Only later, when my driver arrived & I narrated the incidence, I learnt what had transpired. Thank God the security personnel spoke English, else one never knows how it would escalate, if I continued standing there, trying to figure out what he said in the local Kinyarwanda. Junk food can kill, in more ways than one. 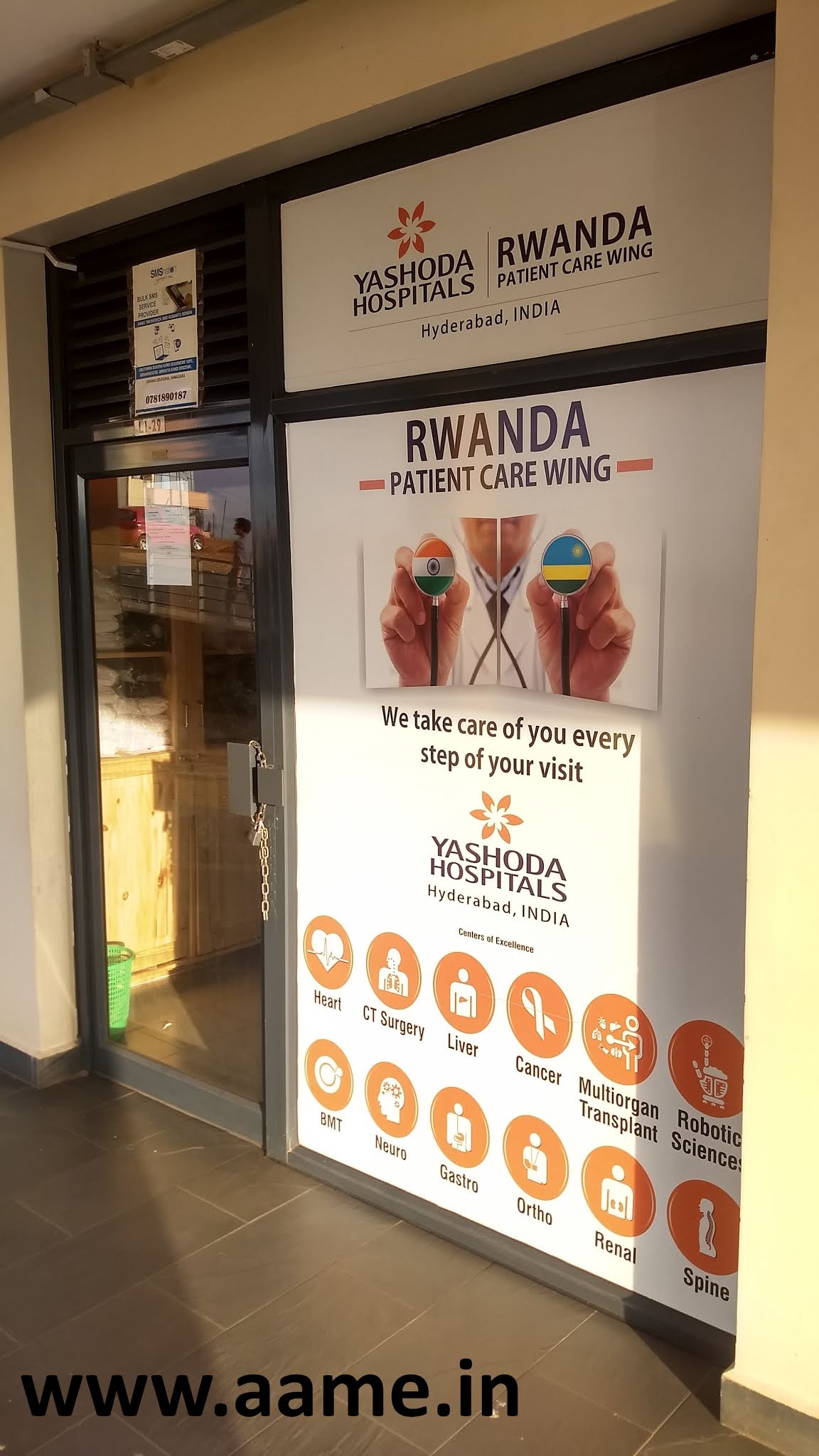 Rwanda is home to a sizeable Indian population. Though nothing in comparison to what one saw in Nigeria, they are mostly located in capital Kigali. Most are of Gujarati origin, engaged in trade. In fact, some of the biggest Provision Stores are Gujarati-owned. Some had stayed back there, even during the Genocide, to look after their investments. A generally well-off Indian expat community resides there.

In 2018, the Prime Minister visited the country. The maiden visit by an Indian Prime Minister. There, he announced setting up of a dedicated Indian Consulate. Also gifted a huge herd of cows. Till then, the Indian High Commission in Uganda handled Rwandan affairs. The organisation received few invites to attend a meet & greet with the PM. Given the work pressure, it was decided that only the Site Manager would attend :(. The first full-fledged Hindu Temple, too, was established in early 2019. 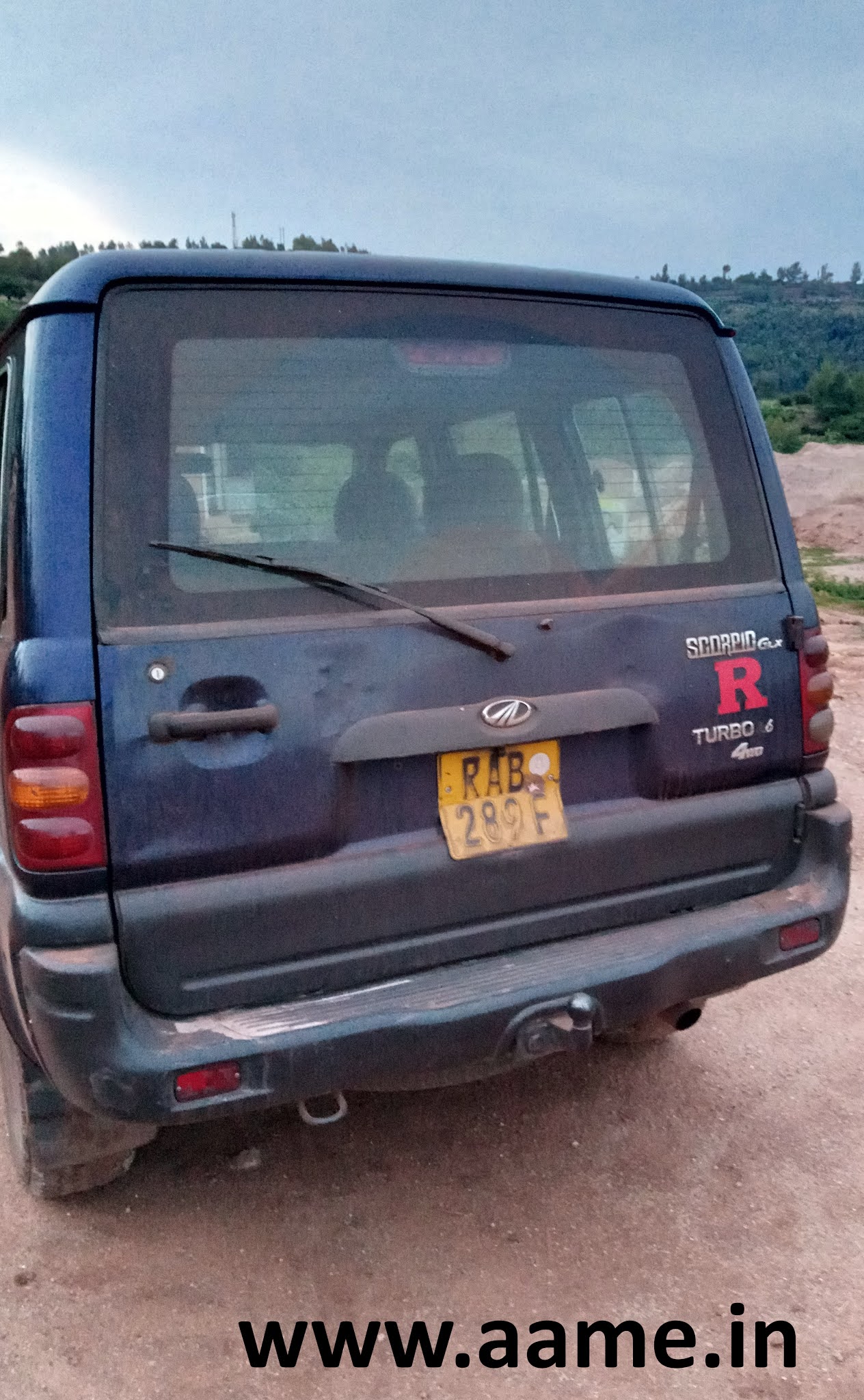 A systematic, highly-disciplined, well-maintained, stable country, Rwanda is. The incumbent President is well-liked, across the board there. The fact that he remains at the helm since the end of strife, in 1994, holds some potential of escalatory concerns in the near future. It is, also, an unabashedly Sinophile country. Most  infrastructure projects there are Chinese-financed, Chinese-executed, with Chinese-equipment & manpower. 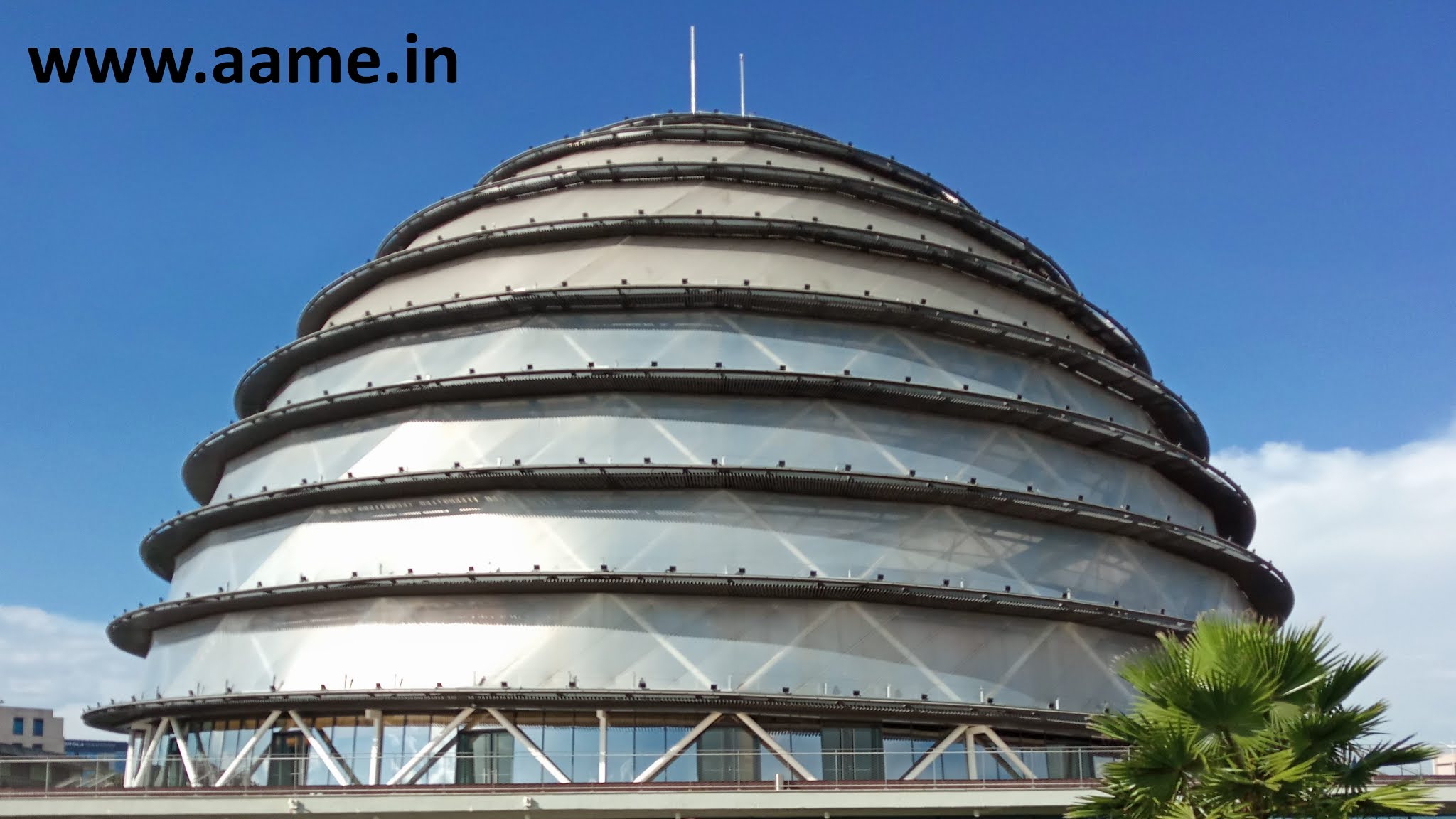 In the near term, Rwanda is all good, holding great potentials, helmed by a well-liked, astute leader, with an incorruptible image.

It's weather & natural beauty, a treasured resource of the country. 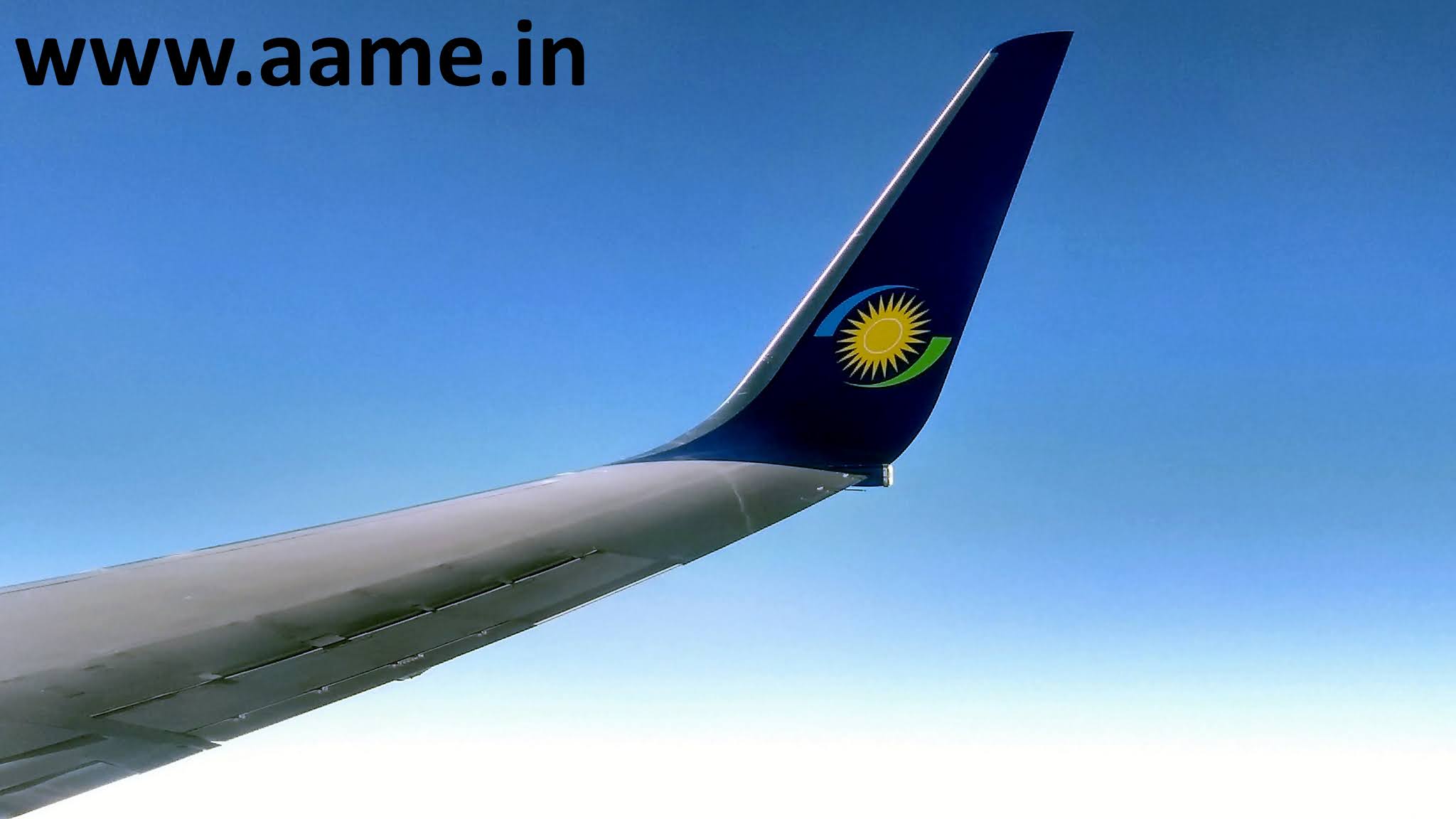 Also Read: An Ivoirien …. Without Prologue Or Epilogue