"The Data Link System is one of the major systems of UAV that is based on Digital Communications Techniques and provides full duplex communication between UAV & Ground Control Station." 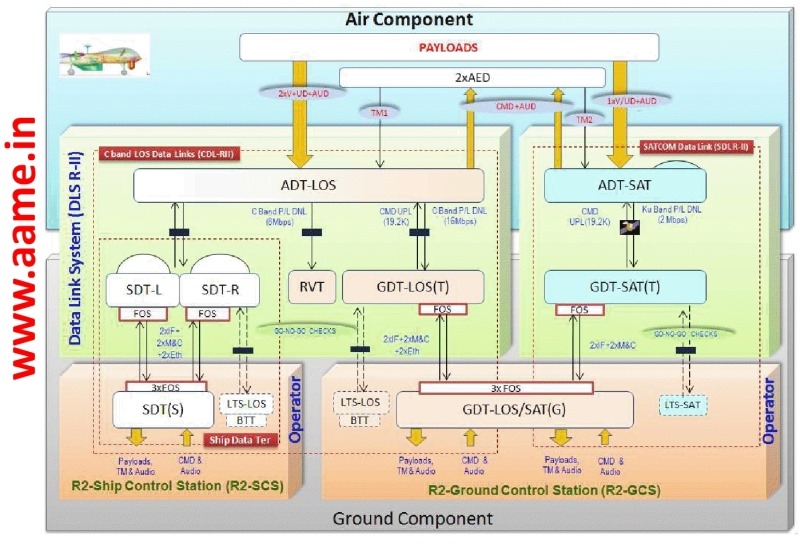 DRDO Lab, the Defence Electronics Application Laboratory [DEAL], Dehradun, recently issued a notice soliciting participation to develop the data-link for the country's first indigenous Medium-Altitude Long-Endurance [MALE] Unmanned Aerial Vehicle [UAV], the Rustom II. As specified in the notice [below], it would like the Indian private sector industry to respond to this project. This is a significant move on part of the DRDO towards greater private sector participation in India's defence programmes - a move upwards through the value chain.

As seen in the diagram on top, the data link could be broadly classified into 2 segments - the Air Component & the Ground component. The entity eventually chosen would initially have to build prototypes that it would need to submit for testing & certification to the Center for Military Airworthiness and Certification [CEMILAC]. This includes building

Successful CEMILAC certification should pave the way for private sector contribution of this critical system. 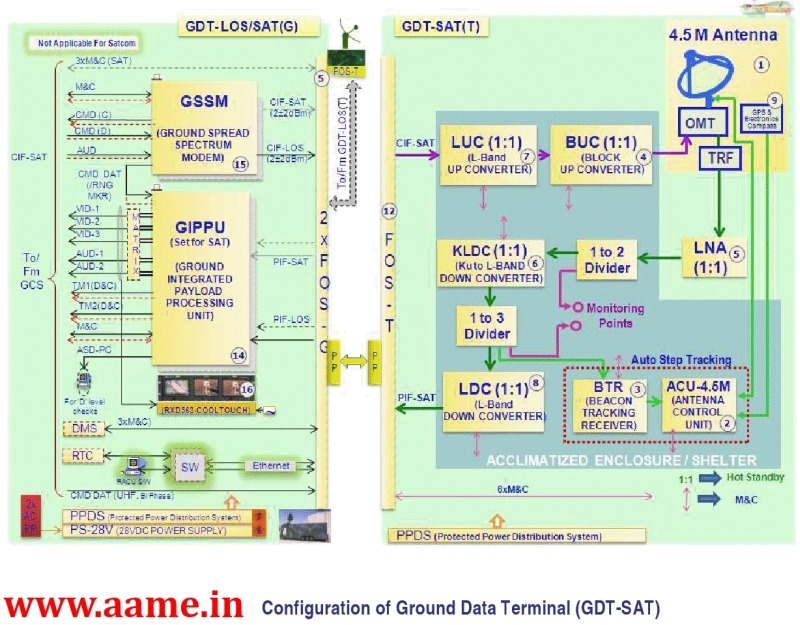 Judging from the guidelines laid down in the document, the role of the industry would, in great parts, be that of a system integrator, with DEAL & ADE1 having conceptualised the broad outlines of the datalink's architecture. The vendor is expected to build the data-link, mostly using Commercial Off-The-Shelf [COTS] Line-Replaceable Unit [LRU]. The system would also incorporate some classified sub-systems, that DEAL/ADE have developed, which they would provide to the vendor. Some of these include the Integrated Payload Processing Unit for air & ground components5, Spread Spectrum Modem6, among others. Of these DEAL would do a Transfer of Technology [ToT] for the Ground Integrated Payload Processing Unit [GIPPU] to the vendor during the production-stage, for them to be able to manufacture it themselves. The other, the ground & airborne Spread Spectrum Modem would, in all likelihood, be built at a state-owned DPSU2, like Bharat Electronics Ltd [BEL] in tamper-proof casings.

The document provides some tantalising clues & confirmation of the Rustom-II's capabilities. The block diagram on top, for example, depicts a Ship Control Station [R2-SCS], a feature of this UAV that has been made public for the very first time, AFAIK. Its interaction with the Rustom-II, however, would be purely through Line of Sight [LOS] communication. This raises the question whether DRDO is building this MALE UAV, or has planned for the near future, for it to be ship-launched. If that is the case, one can't help but conclude that DRDO has set itself some highly ambitious goals to achieve. The American Defense Advanced Research Projects Agency [DARPA] has recently initiated a programme called the Tactically Exploited Reconnaissance Node [TERN] to achieve these very objectives. A more explainable feature would be an arrangement whereby the Rustom-II would take-off & land at a ground-based airstrip, with the intermediate command being handed over to the ship-based control for the mission, something that the Navy has reported to be doing, albeit as a work-around measure. In the Rustom II, it would become a standard operating feature. 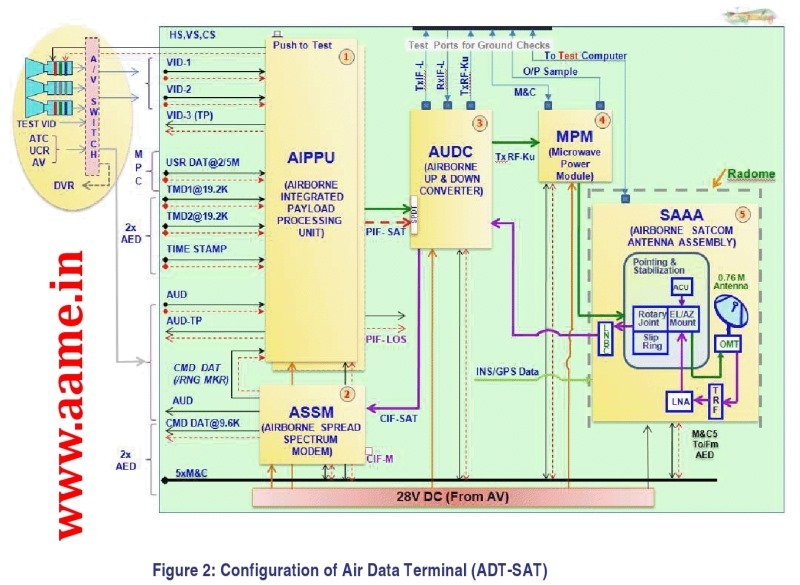 As seen in the block diagram of the Air Data Terminal [ADT-SAT], the UAV would have 2-way flow of audio signal. This confirms earlier reports that the the Rustom-II, besides visual intelligence gathering [TV camera & FLIR] would also be capable of Communications Intelligence [COMINT]3 as well as a range extender, becoming an ad-hoc communication node, relaying audio messages4. UAVs India currently operates are not known to have the latter capability. 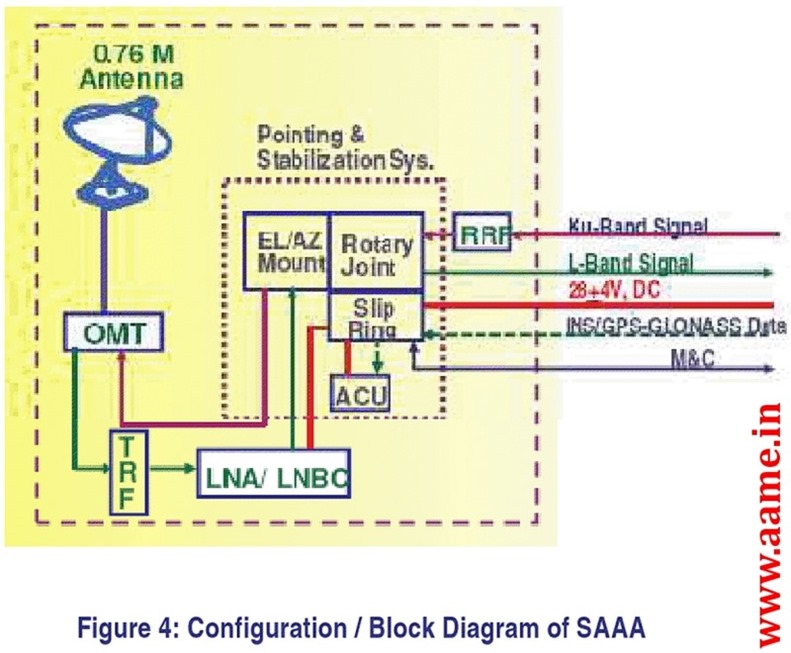 The UAV, as seen above, is to use signals from the GPS/GLONASS satellite constellation for stabilising & pointing the antenna mounted on the UAV [Airborne Satcom Antenna Assembly (SAAA)] in the right direction. No mention of India's own IRNSS. Perhaps, once the IRNSS constellation is up & running, its signals could be tapped into with a suitable change to an LRU.

Of the video feed, as seen in the ADT-SAT block diagram, it shows three feeds - 2 feeds from the payload to the AIPPU & 1 outwards from the AIPPU. The two video feeds is likely provided into the AIPPU for redundancy as both of them are shown to be capable of Color/Mono/FLIR transmission [refer to table 2.1.1., page 26 in the document embedded below]. The function of the 'Video Out' signal specified in the table needs to be figured out.

The vendor would have to realise the project within 15 months of being awarded the contract. Given that it was announced that the Rustom-II would make its maiden flight in the month of February in 2014, it would mean that the flight would take place without the SATCOM feature in place, relying solely on the C-Band Line Of Sight [LOS] communication for its initial flight-tests.

All things considered, this notice that DRDO has issued is a highly encouraging development. 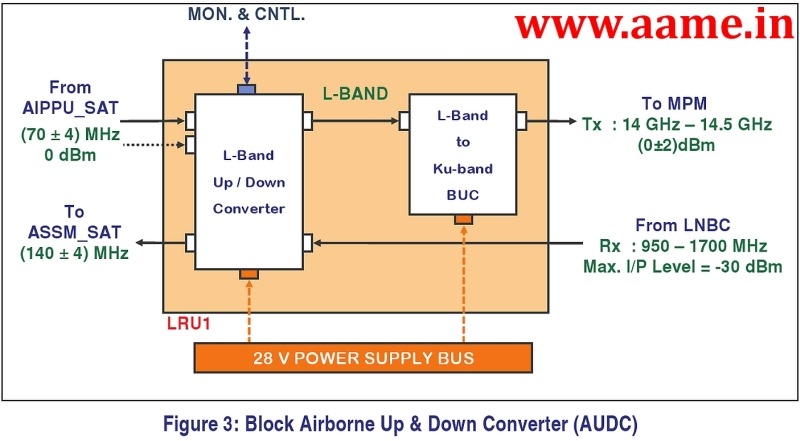 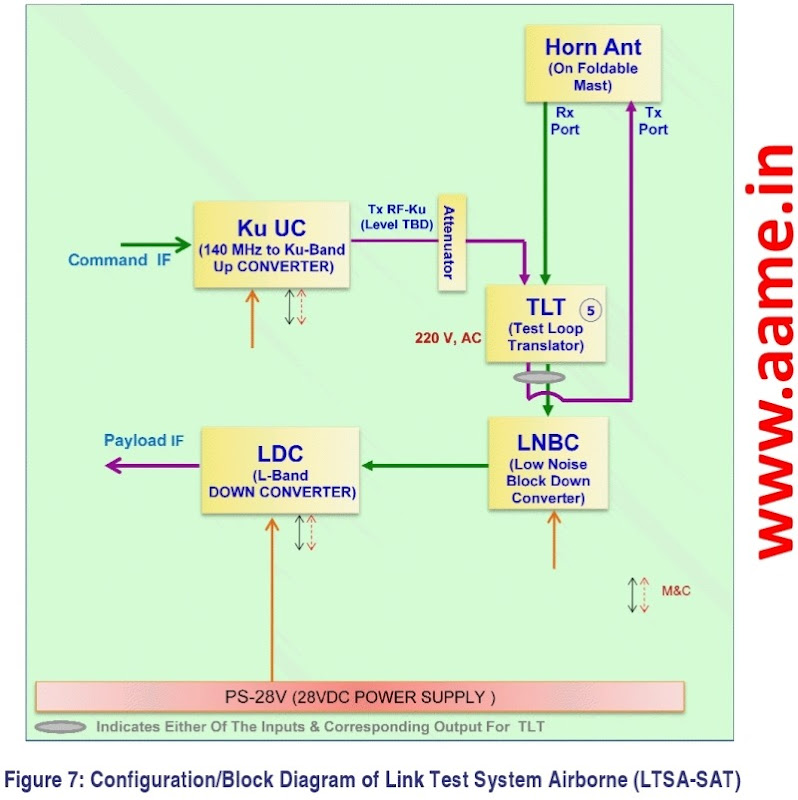 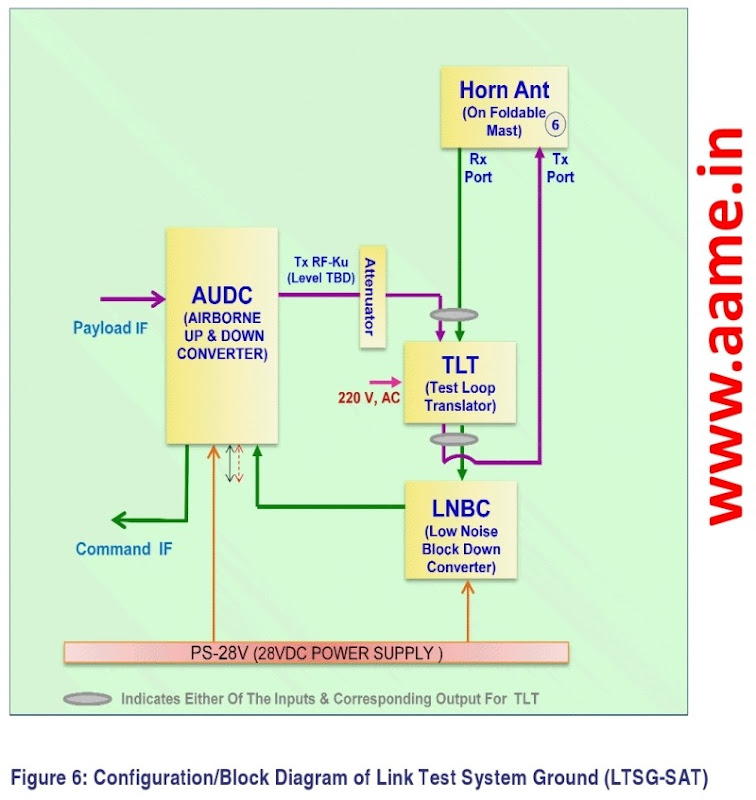 "The function of Airborne Integrated Payload Processing Unit is to consolidate all the onboard sensor (EO/IR/User data) information , telemetry and audio information from various systems and pack them into the suitable PCM stream and modulate over 70 MHz IF carrier for transmitting to GCS via satellite."

"Spread Spectrum Modem provides the Jam Resistant feature for UAV Command Uplink. In Ground Spread Spectrum Modem, the high frequency PN sequence spreads the information data into a spreaded function. It is further used for modulating the carrier signal. Spreading followed by modulation results in increasing the transmitted spectral to much wider bandwidth than the information bandwidth. So the spectral power density is reduced to almost to the ambient noise spectral power level. This results in very low probability of interception of the signal. The Spread Spectrum Receiver despreads the spreaded wider bandwidth signal to information the bandwidth and provides the processing gain. The despreaded signal is demodulated by using coherent demodulation technique to retrieve the information data"