Doesn’t matter that the dates for mass producing the Lightnings have been pushed back by two years [which itself was a date that pushed back 4 years from the initial estimate of 2010]. Even as people are closely following the development and testing cycle of the F-35 with all its delays and criticisms [some warranted, most not], CGI gurus at Lockheed Martin have created some awesome imageries of the Joint Strike Fighter in Thunderbird colours.

Me thinks, it may have something to do with placating, restoring confidence and boosting the sagging morale of a lot of American jingos with the sheer awesomeness of the images. All in all a brilliant PR-boosting exercise.

Indulge yourself in a feast of sheer visual delight :D. 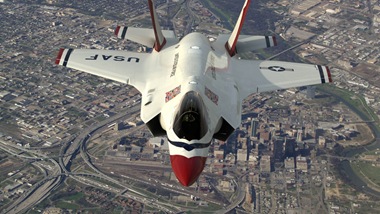 Yada….Yada….Yada…Blah….Blah….Blah OR why I had not been online for the last few months

Maverick is re-engaging - Why am I reminded of this line is a no-brainer – its a line from TOP GUN!!. However why did this line pop out of the cranium the moment my Internet connection had been restored is a matter that is yet to be explained to the satisfaction of the major portion of the adult me, save for that tiny little corner of my brain that feeds some of my wildly over-the-top, juvenile fantasies.

Yet, as things stand, after nearly two months without an Internet connection at home, I got myself an Internet connection. There is a change in my ISP though. I am no longer able to receive the Internet service from my beloved sarkari ISP, BSNL with its virtually unlimited data transfer Plan 500 connection & its blazing fast [in hindsight and comparison :(] 2 Mbps connectivity. I have now become an extremely unhappy customer of Tata Indicom’s broadband service with its apparently unlimited data transfer plan being served to me at a torturous 256 kbps crawl.

The reason for this absence from the online world has been primarily due to our shifting of residence. After having lived more than 15 years in the previous location, we were quite compelled to look for another another apartment. As the cliché, however clichéd, yet completely apt, goes - Its biggest advantage became the very reason why we decided to re-locate. The area, as time passed, turned from the cosy, laid-back residential locality it was, into a loud, vibrant and flourishing [from the looks of it] commercial destination. Pretty much everything that one needed was available to us at a distance of no more than 2-3 minutes of travel on foot. That place now houses some of the biggest stores and showrooms, both in terms of brand and size, along with the numerous big and small commercial establishments that invariably open up around these biggies. A first time visitor to that place would be forgiven for thinking that the place is hosting a walk-in plaza that day, every day. Convenience of availability was best exemplified by that area.

Yet it was this very reason which prompted us to re-locate. The large number of people visiting my uber-convenient area had made living there a bit of a inconvenience – frequent traffic jams on the road & impromptu honking competitions that the stuck-in-the-jam drivers engaged in along with frequent discovery that some of these visitors took liberties of parking his[mostly her] vehicle inside our housing complex [every watchman hired turned out to be nincompoops :(], and then engaging in a leisurely, long-drawn out session of retail therapy. As if this wasn’t bad enough, as I frequently discovered, these buffoons often drove their vehicles right inside our reserved parking area. Returning from college/office, waiting for the vehicle’s owner to return and oblige us by removing his/her vehicle from inside our reserved parking area, was definitely not  an infrequent ritual – humans can be really stupid and irritating.

One positive outcome of this exercise, though, was that these experiences did wonders to our patience and self-control, enough to outshine any career Zen Master, I’m sure. Extremely happy living with our normal, materialistic, worldly lives and having no intention of bettering the Zen masters & depriving them of their fame and mystique, we decided to look for a new apartment in a still residential locality.

Fortunately my folks found this place that was still under construction then, a few minutes [2 minutes 47 seconds under ideal conditions – precision displayed by an almost-Engineer :D] from our then residence [it still is ours, in a way]. To future-proof the house from any eventual metamorphosis of that area also into a commercial hotspot, folks decided to buy the apartment on the sixth floor and a little away from the main road, where the sound from ground level reduces by a fair bit.

We moved into the place in the last week of April, just around a month before my exams were to commence. A combination of excitement of living in a new house and the academic pressure brought on by an impending exam looming over the horizon, ensured that time passed in the blink of an eye, leaving me with no time to miss the absence of an Internet connection at home.

Almost immediately after my exams got over as I was contemplating applying for an Internet connection, Providence got better of me, to ensure I had no real need of an Internet connection even during my 3-week long vacation. It involved me being made busy with the hospital affairs of members both from my immediate and extended families in near quick succession. God’s mysterious ways ensured that their stay in the hospital was fruitful and outcome pleasant and my vacation spent in the company of doctors and nurses, many of them visual delights, if I may add ;).

As for our new house – living on the sixth floor does have its charms – got a decent sized view from the balconies [or terraces, as the builder would like us to believe]. But the wind speed tends to get unmanageable occasionally.

But the biggest problem/inconvenience that we [actually just me] faced after moving here was having to surrender our existing landline, which also provided us with our Internet connection, something that we had for the last 14 years or so. The biggest irony of it was that we actually moved closer to our Telephone exchange in this house. Unfortunately, for us, our builder, in all his wisdom set up a DID telephone exchange in the building. So now even though we are still being served by the same BSNL telephone exchange as before, we could no longer use our old telephone number. No real loss in terms of staying in touch with people, thanks in no small measure to the cell phone. What really irks me, though is the absence of BSNL’s broadband connection. Its Plan 500 was heaven sent – a decent 2 Mbps speed, along with 2.5 GB of permissible data transfer, sufficient for all my normal surfing needs. But the best part lay in its happy hour clause – every day between 0200-0800, any data transfer that took place would not be charged for. So peole were free to do as much downloading and uploading one could manage without any though of an exorbitant bill at the end of the month. As I found out, often my monthly data transfer would reach nearly 75 GB, all for wonly 500 bucks [little more than 10 dollars USD] – the closest I’ve ever come to experiencing utopia.

Now with with our hi-fundoo DID exchange in the basement not having the required equipment to provide BSNL’s broadband Internet connection, some sort of crappy tie-up has been arranged for with Tata Indicom to provide the residents with a joke of an Internet connection. Got my connection last week & have already called up their tech support 5 times to complain about the lack of connectivity – that is more than the number of times I have had to call up BSNL in the 4 years I was their customer – and in most cases, as we would eventually find out, it was due to some snapping of the undersea cable that disrupted my connection. Even when I do mange to get a connection, the experience leaves me pulling out my hair out of my head, which anyway earlier had started showing signs of a receding hairline [a great cause of worry for my mother, who worries that my marriage prospects would get deprecated in proportion to my receding hairline :D]. 700 MB files that earlier took no more than 70-90 minutes to download from the bittorrent network, especially when there were 1000+ seeders took me 8 hours to do so and that too with 5000+ seeders. Having always experienced speeds that would be measured in kbps, I now see many of the speeds of file transfer being shown in bps arrrghh!!!! :(. Asking him about the prospects of getting a BSNL broadband connection, comes with his standard template reply – should happen in a month – for the past 3 months. As if this was not enough, I now pay 700 bucks to endure the torture. My unsolicited advice to people looking to get themselves an Internet connection – Don’t take your connection from Tata Indicom.

Not having checked my mail for 3 months left me with a deluge of mails to be checked. Overwhelmed by the scale of the task , I took the easy way out – I deleted them all. So if you had been one of those who had mailed me in the last few months, but received no reply, then I’d like to apologize for the absence of my reply. If it was important, then do send it again and it shall be responded to promptly.

As I realised, I got to submit an assignment paper on Design for Assembly tomorrow [actually in little more than 9 hours], and I have no clue what it is all about. I think I got to get a little serious with my studies, at least now that I am in the final year [a resolution I make at the beginning of every academic year only to break it within a month of making it]. Will do some digging around for my assignment. 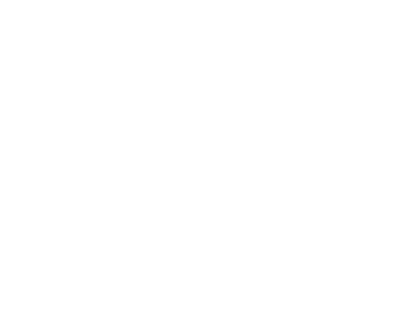 If you like playing with and editing images, then you’d like this bit of news – Corel is letting you download  and use their Paint Shop Pro software for free.

It is a slightly older version of their exisiting software - Paint Shop Pro® Photo X2, but still is a pretty worthy and powerful software, so said my friends who are into graphics designing and photo editing stuff.

Using it would require you to register for free with Corel, something  you would be prompted to do at the start of the program.

Alternatively, here is the direct link to the file.

You may disable the reminder screen that prompts you to upgrade to the latest version of the software, every time you close the program, by following the instruction given here.